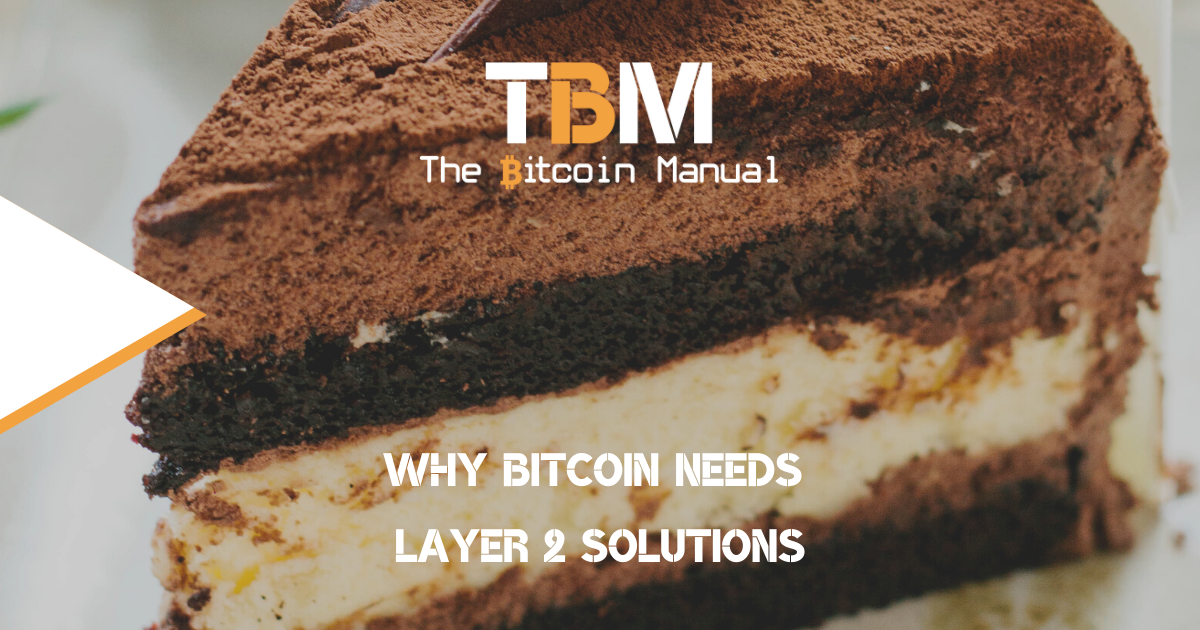 The bitcoin network is the most robust financial platform the world has ever seen, yet many take its specific traits for granted. Bitcoin, the asset, has yet to shake off the idea that it’s a purely speculative asset, and due to this image, few take a look at the underlying technology governing the network. Bitcoin, the network which is the rails on which the asset moves, is a computer engineering marvel.

The bitcoin network allows any person to participate in its consensus by running a full node. It allows anyone to support the network with a hash rate to provide security and computational power through mining. Also, anyone can broadcast a transaction to the network with the help of wallet software.

The open and distributed nature of bitcoin allows anyone to participate in any part of the network yet still provides a level of efficiency that will enable it to be a global currency. When you have a network not run by a central entity but a group of willing participants, you need to place in certain safeguards to ensure that the rules are never broken and that everyone remains aligned. Bitcoin does this effectively by keeping consensus rules and monetary issuance rates with the nodes and security with the miners.

Miners provide computational power to secure the network and ensure that new blocks are created and added to the chain. While nodes make sure, all miners and all users broadcasting to the network subscribe to the ruleset of bitcoin.

Bitcoin also remains transparent by providing a public ledger that anyone can review. Any user can check balances, transactions and the overall activity of the network. The open and accessible data set is available to anyone through the help of an immutable ledger. The bitcoin ledger has multiple copies kept by every node, and this ledger is referred to as a blockchain or time chain.

Bitcoins’s use of blockchain technology to provide security, immutability, final settlement and verifiable data sets means it has to make trade-offs. Since bitcoin’s networks focus is on safety and reliability, certain features cannot be added to the base chain as it would compromise these values.

The use of the blockchain and the decision to allow anyone to run a node means the network can only process a limited amount of transactions. Bitcoin processes around seven transactions per second, which, as you can imagine, is far too little capacity if the network is going to support nearly 8 billion people. All who want to spend money with different urgency levels worldwide.

So instead of trying to add changes to the base layer to allow for added performance at the cost of security, bitcoin developers and the community at large have decided on a layered approach instead.

The blockchain trilemma refers to the commonly held notion that something has to give when trying to scale the software. In terms of decentralisation, security and scalability, one has to take a back seat. In bitcoin’s case, it chose decentralising and scalability as the focal points.

In comparison, other networks and second layers take a different trade-off.

How layers add to the bitcoin stack

To make the layered approach to bitcoin easier to understand, I often use this analogy of the traditional financial system. If you have bitcoin on the base chain in a cold storage wallet, think of that as a secure vault where you store your money.

If you’re using a hot wallet, think of that as a physical wallet where you could keep cash in, you have it on you, you have quick access to it, but it’s nowhere near as safe as the funds in your vault.

When using bitcoin on exchanges or custodial wallets, think of using the bank with your cash. You give them cash, and they provide you with access to their network, and you can send money to and from accounts. You don’t own the funds. You’ve given over ownership to another business to help you with certain transactions.

These were your options before getting second-layer solutions.

Now that we have second layer solutions, think of this as a prepaid card without a bank. You preload these cards with funds and then spend them as you like and enjoy the benefits of the service. When you’re done spending or you’ve received funds you don’t feel should be kept on this card, you can move it to your vault or your wallet.

What are the layers available for bitcoins?

There have been several projects trying to add a layer above the bitcoin base chain. Second Layers or L2’s provide a place where additional features can be added without affecting the main network. These second layers allow you to peg into a different environment with your bitcoin and access features like faster transactions, cheaper transactions, smart contracts and more.

The most popular of the second layer solutions are:

The most prominent layer on Bitcoin’s blockchain is the Lightning Network (LN). The Lightning Network focuses on micropayments and small day-to-day transactions. Bitcoin moves billions in value each day, and your coffee payment or Twitter tip isn’t exactly the best use of network bandwidth.

So instead, the lightning network provides a payment layer, be it less secure but far faster and cheaper, making it ideal for your daily purchases. Lightning enables instant and free or nearly free payments between parties using channels.

Lightning channels are opened and closed using regular Bitcoin transactions and the blockchain. Once a channel is open, you can make an infinite number of Lightning transactions without touching the base chain again.

The Liquid Network is an L2 that is a fork of bitcoin and uses a lot of the bitcoin main chain source code. Since Liquid has its own blockchain, it has made inevitable trade-off’s to provide new features. Firstly the liquid network doesn’t have a minted native asset. Instead, you peg your bitcoin into the Liquid Network to receive L-BTC or Liquid Bitcoin.

Additional layers on top of bitcoin

In the future, more layers will be built on top of Bitcoin and even on top of second layers to create third layers or interoperable layers. These layers will make spending bitcoin faster, cheaper, and more accessible, and they allow users to transact in bitcoin without paying the high fees required to use the blockchain itself.

Having these L2 solutions provides improvements that are separate from the Bitcoin protocol. L2’s offer up a breeding ground for innovative new implementations on top of Bitcoin’s blockchain. While shitcoiners may pitch their solution, it’s by no means competing with bitcoin. The Bitcoin network will eventually support billions of daily transactions, from tiny micropayments to international settlements.

L2’s are still an experimental phase, and there could be bugs and issues, so use them carefully. Do not place too many funds in these networks and only use them for specific purposes. If you feel uncomfortable with a layer two solution or have any issues or disputes occur on these layers, you can always drop back to the base chain to achieve a final settlement.

That’s the beauty of the layered approach; you always have the security of the base chain to fall back on while the upper levels tackle the innovation and feature users want or need.

South African bitcoin pleb falling down the rabbit hole and willing to share every bump, scratch and knock along the way
View more articles from this author
PrevPreviousHow Long Does A Bitcoin Transaction Take?
NextWhy Has Bitcoin’s Price Dropped?Next