What Are Bitcoin Volcano Bonds? 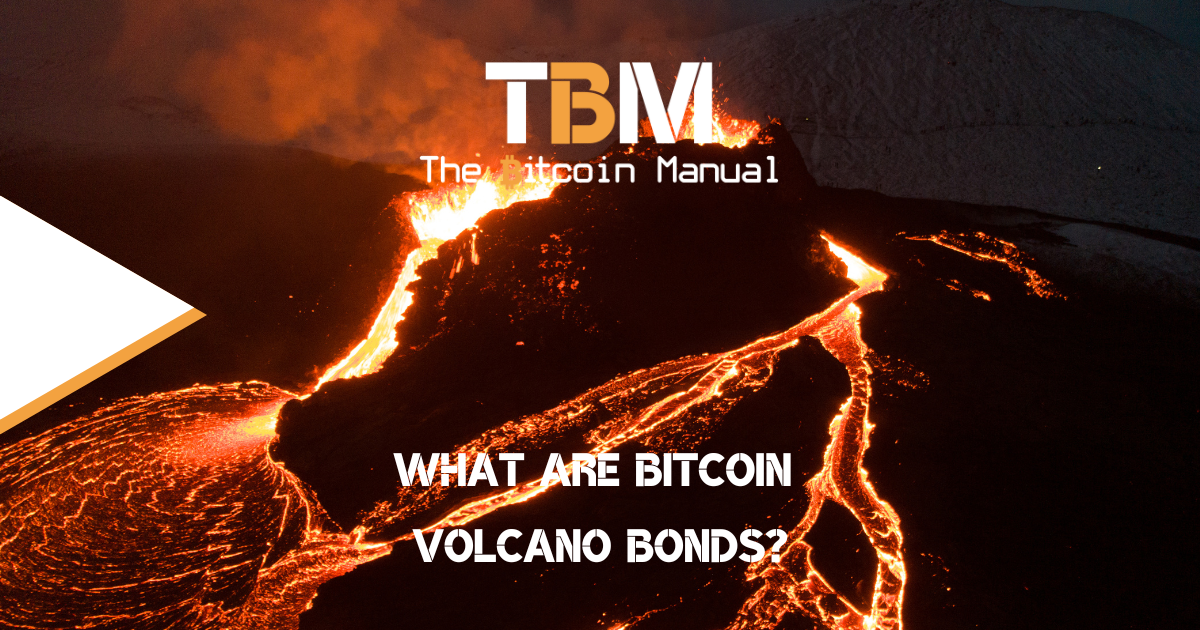 El Salvador made history in September 2021 when it became the first country to include bitcoin as a legal currency alongside the U.S. dollar. Since the announcement, we’ve seen bitcoin businesses set up a presence in the Central American nation, along with bitcoin flooding into their borders through the global remittance market and bitcoin tourism.

While these are both positive tailwinds for bitcoin and El Salvador, the government has continued to look at ways of leveraging bitcoin and generating bitcoin native income and trade. Advances have been made in the form of the El Salvador Residency / Citizenship by bitcoin Investment program and the bitcoin volcano bonds program.

Announced back in November of 2021, the bitcoin Volcano bond program has been in the works for serval months as the idea proved harder to implement than was first imagined. The Salvadorian government initially promised to sell the bonds in the first quarter of 2022 but chose to postpone the issuance several times due to legal issues and the bitcoin’s bear market dampening investor appetite for assets that are deemed risker.

Now El Salvador claims to have the legal framework sorted, and it’s up to the technology providers to get the product to market.

Laying down the legal framework

In 2023, El Salvador’s Legislative Assembly approved the digital asset bill, setting the legal framework for issuing Bitcoin-backed bonds. The bill was passed with 62 votes for and 16 against and is set to become law after it is ratified by president Nayib Bukele.

First announced at the end of November last year, the new bill

Having the legal framework in place might provide investor confidence, but that is not the only condition to getting investors to subscribe to your bond offering; there has to be a financial reward worth taking on the risk.

While a 6.5% interest payment in dollars seemed very attractive trade a year ago when the U.S. was near 0%. This year has been a different story, with central banks scared of rampant inflation, and as a result of the fight against inflation, the Federal Reserve continued to hike interest rates to over 4%.

Now that you know that the so-called “risk-free rate” is only 2.5% off El Salvador’s offering, it makes the bitcoin bond far less attractive when you compare the risk versus the reward. The current central bank policies could seriously drown out investor demand for additional yield off-shore when they can park their money in U.S. bonds and move in and out of it, as the U.S. bond market is far more liquid.

The country plans to raise funds with a US$1 billion issuance of a tokenised bond. If El Salvador can raise the full amount from investors, they plan to deploy half the amount (US$500 million) into acquiring a core position in bitcoin that will be held for at least five years and used as collateral for the bond.

Under the government’s initial proposal, the tokenised bonds would be denominated in U.S. dollars and pay 6.5% annually for ten years.

Once the bond reaches the five-year maturity bond will begin to sell off some of its bitcoin position to provide liquidity to pay investors. Selling bitcoin that the government has held for five years is not the only method of generating an income to pay off investors and service interest payments, as the bond will have two additional income streams.

After the initial five-year period, there will be 20 quarters remaining until the bond’s maturity (in 2033).

They are building out geothermal energy.

Apart from simply buying bitcoin, another condition of the bond is to ramp up geothermal energy production in the country. Part of the other $500 million will build energy production and bitcoin mining infrastructure.

Once the energy capacity is brought online, it is predicted to provide approximately 95MW of 100% clean, 0 emissions of geothermal energy from our volcanoes from the country’s abundant geothermal energy.

This is how the bonds earned the nickname “Volcano Bonds.”

The income generated from bitcoin mining and income from selling this additional power to the grid will be used to repay the bondholders over the duration of the investment.

Funds will be used for bitcoin city.

Part of the funds raised by the volcano bonds would be used to develop a new city around expanded energy resources El Salvador looks to unlock. Bringing more energy online doesn’t only need to be used to mine bitcoin but can be used to fund the construction of an economy around that energy production.

This could have happened naturally, but the Bukele-run government wants to create a statement piece that will also serve as a tourist destination. $500 million of the bond, which carries a coupon rate of 6.5%, will be set aside for the construction of the city and necessary mining infrastructure.

Bitcoin city is set to be built on the Gulf of Fonseca on the southern coast of El Salvador; the proposed city would be funded by the sale of a Bitcoin bond and powered by geothermal energy from the nearby Conchagua volcano.

The idea is once the city has been established, it will be totally ecological and that it will have only one tax in the form of value-added tax, which is set at 13%.

Half that income would then go towards the upkeep of the city and its municipality for public services and other urban needs. While the other 6.5% will go to payment of the bonds used to build the city and the rest of which will be managed by

Bonds as a security token.

Keeping with the bitcoin theme, the bonds will be registered as a security token and issued on the bitcoin side chain, the Liquid Network. According to infrastructure providers, Blockstream, iFinex’s Bitfinex Securities will process the bonds, which may be purchased using BTC, USD, and USDT (Tether).

Bondholders can hold their asset claims as a token in any Liquid Network-compatible wallet and transfer it to other users or exchanges.

The volcano bonds on-chain functionality is similar to how the Blockstream Mining Note works and will require users to pay chain fees in L-BTC or L-USD-T to transfer assets on-chain.

Besides allowing the issuance of assets, Liquid also provides confidential transactions, which is important for investors trading in considerable sizes using a public ledger.

The idea behind these bonds is to allow traditional investors to gain exposure to bitcoin via products they understand and can legally take a position in without needing additional licences or having to create special-purpose vehicles to own the asset. So far, we’ve seen demand for bitcoin exposure grow through the likes of Bitcoin ETFs/ETNs, bitcoin mining stocks and the Grayscale bitcoin trust.

The bitcoin volcano bond is yet another regulated product that will offer investors the opportunity to deploy capital into bitcoin adjacent markets without the need to self-custody or understand how to hold the asset.

The final incentive offered by El Salvador to encourage investment is that anyone who invests $100,000 or more can qualify for permanent residency in El Salvador and citizenship after five years.

Give us your hot take.

Will you be lining up to buy into the volcano bond thesis, or do you prefer holding on-chain bitcoin instead? What do you think of the possible success or failure of these bitcoin bonds? Do you think credit should exist in a bitcoin world?

Let us know in the comments down below. We’re always keen to hear from the world bitcoiners.