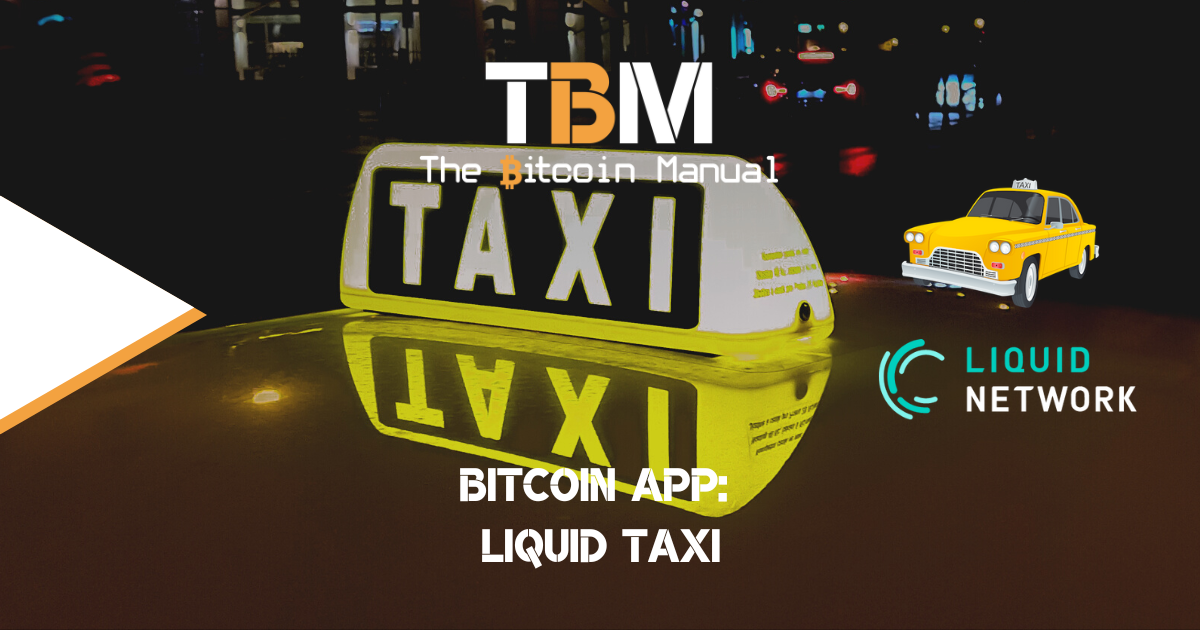 The bitcoin time chain has given us an ecosystem that is not fully understood by many; having the ability to trustlessly exchange value across the planet with only a set of software is a revolutionary idea. An idea so powerful that it has built a movement of bitcoiners who are committed to seeing the network expand through not only their business and social interactions but by trusting their net worth in the native asset of this network.

This kind of commitment has seen the network expand over the last decade, with millions of people worldwide holding bitcoin in some shape or form. Any bitcoiner worth his salt will tell you that there is no second best than on-chain bitcoin held in cold storage. This is by far the safest way to store your funds, and very few are going to argue that point, but this isn’t the only way to store your bitcoin.

If you’ve ever moved bitcoin on either the base chain, Liquid or Lightning, you’re most likely moving the native asset, which is bitcoin. When you transfer bitcoin from one wallet to another, regardless of the network, you are paying fees. Since you’re holding the native asset of the network that fees are paid in, the fees are subtracted from your overall transaction, and the rest is passed on to the new wallet address.

This method of transfer works well when dealing with a native asset but not so well when you’re trying to move synthetic assets like tokens on-chain. While synthetic assets are coming to Lightning, we’re still a while away from it being a large part of transactions on this layer.

But The Liquid Network, however, has had synthetic assets on its chain for some time, assets such as

When you transfer assets not native to the chain, you still have to pay fees, fees that cannot be paid by the value looked up in this synthetic asset or token. Instead, you need to be holding some of the native asset in Liquids case L-BTC to pay for transaction fees.

So if you’re trading in stablecoins like L-USDT or L-CAD on Liquid, and you have no L-BTC to pay the transaction fees, you’re out of luck. You simply won’t be able to move that value or trade it. This can come as a bit of a pain for those who have received funds from someone and now feel stuck.

The first and most obvious method of correcting this issue is to go out and acquire some L-BTC and send it to the wallet. Once your wallet has a confirmed amount of L-BTC, you should be able to pay the fees and move your assets to and from wallets as you please.

The other option is to use a service provider that will cover your native token fees instead,  and Liquid has this in the form of Liquid Taxi.

What is Liquid Taxi?

If you found yourself in a pickle, maybe you’re hodling a Liquid-based NFT or some stablecoins but cannot move them,  then Liquid Taxi can help you move Liquid assets without L-BTC.

You would pay per use with USDT or buy a prepaid package to get an API KEY. If you choose to top up with USDT, you would:

Liquid Taxi will help you cover your fees and allow for a smoother Liquid experience should you run out of L-BTC or have funds locked in a Liquid Wallet and you would like to pay someone or swap your funds on a centralized or decentralized exchange.

Once you have a Liquid Taxi account, you can keep track of all your “rides”, credits, recharges, and your balances left over, which can come in handy for those not interested in bitcoin but more in the assets they can trade via Liquid.

Personally, I don’t think this service is well marketed to users yet and should be included in all Liquid wallets as an option so that people are able to tap into it, which is especially important for those getting started with Liquid for the first time.

Nothing is going to ruin your Liquid Network experience more than having value in your wallet and not being able to move it and not knowing why; and if we are to onboard more users, this is a user experience issue we should try to avoid at all costs.

Have you dived into Liquid?

The Liquid network might be something the average bitcoiner won’t be using daily and could go on without knowing about it for the time being, but things change, and you would rather have options when things like block space start to get bid up or when your Lightning node is off-line. Having more options to transact, even with certain trade-offs, can’t be a bad thing, if you know what you’re doing and you limit your exposure to going off-chain.

And that’s the beauty of bitcoin; there is no single way to do it, you pick the mix that is right for you, but you can only pick that mix, if you’re aware of your options.

There you have it, another tool you can use to improve your Liquid experience. If you’re new to the Liquid Network and you’re only getting started with your wallet and all the things you can and should do. At first, It can be overwhelming but take your time to learn more about how transactions work. Then you can decide if you want to use the benefits of Liquid versus traditional payment methods.

If you would like to learn more about Liquid Taxi and dive down the rabbit hole, then we recommend checking out the following resources.

Give us your take on Liquid

Are you a bitcoin purist that refuses to use anything but the base chain? Are you new to bitcoin and didn’t know that second layers and side chains exist?

Have you used the Liquid network before? What are you using it for? How do you find its usability compared to that of the base chain or the Lightning network? Let us know in the comments down below.