Is Bitcoin Really An Inflation Hedge? 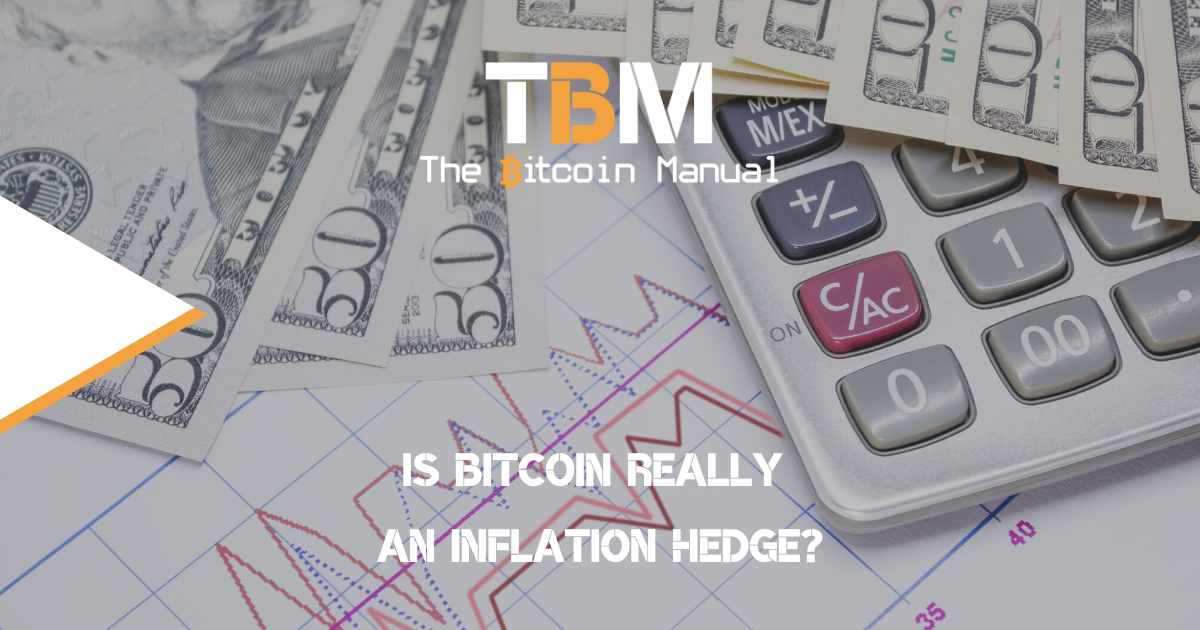 Bitcoin has plunged in value over the last year as the speculative nature of the bull market saw many an investor leverage up. In such a risk environment, there was bound to be a massive deleveraging. As the inflation numbers came in hot and central banks started to tighten their policies, we saw that trigger an avalanche of defaults in the wider cryptocurrency space, and many were forced to sell bitcoin to cover losses.

This deleveraging saw trillions stripped off the entire market and weakened the argument often made by bitcoin maximalists and enthusiasts that it can be an effective hedge against inflation during economic turmoil. Bitcoin advocates have long argued that its scarcity would protect its value during rising inflation. Unlike central banks — which can increase the money supply — there are a fixed number of coins, which keeps them scarce.

So surely, if we’re seeing rampant inflation globally, this should be a bullish environment for bitcoin, and it should be reaching new highs, or so some think. Still, the idea of an inflation hedge is more than simply tracking above the price of the goods and services we purchase regularly.

What is an inflation hedge?

Inflation hedging is an investment strategy where you seek out an asset class to store your wealth in, intending to protect the value of an investment against the decreased purchasing power of a currency, which typically results from inflation. Assets considered an inflation hedge is expected to have a low correlation to most assets, and it is meant to maintain or increase their value over time, especially in the case of significant inflation. Traditionally precious metals like gold and silver have been considered a strong inflationary hedge because it is scarce and gains value over time as inflation when fiat currency increases in supply.

While in recent years, bitcoin has also been labelled as “digital gold” and pegged as an inflation hedge, due to its fundamental scarcity and the lack of influence central authorities have over its value, have caused investors and companies to flock to bitcoin as rapid money printing increases inflation.

The thesis of an inflation hedge is an asset that appreciates higher than the rate at which the fiat currency loses value from the effects of currency debasement. As a currency increases in supply, inflation hedging assets like gold, silver, or bitcoin would tend to become more expensive as more savings chase a smaller amount of supply.

Therefore, an owner of a bitcoin looking at hedging against a depreciating dollar is holding that bitcoin, hoping the value of the bitcoin will rise to offset the losses they have if they had held cash instead.

Has bitcoin failed as an inflation hedge?

But it’s all about perspective and narrative, and in this specific time frame, it clearly doesn’t look to be countering or offsetting the increase in prices of goods, services or commodities. In this regard, bitcoin has failed in countering this year’s rampant global inflation, but it should still be considered as an inflation hedge if we apply for a different review it on a larger time scale.

Buying bitcoin works well as a hedge against rising prices when inflation is caused by monetary expansion. If you purchased and held bitcoin for four years or more, you would have outpaced the compound inflation of that time frame, and the longer you’ve held bitcoin, the larger you’re outpacing of currency inflation.

Bitcoin is also less effective when inflation is caused by the disruption of supply chains putting pressure on the food supply and energy; no amount of money or monetary policy can stop supply side inflation, as there are physical constraints such as time, the yield of land and labour, that you have to deal with and overcome. These are limitations and poor policies in the past form the basis for the rampant inflation we see today.

In addition, if we are to compare bitcoin to other assets like gold or silver, it’s not as if these inflation hedges have outperformed bitcoin by any stretch. Bitcoin has also been a better hedge against inflation than stocks or real estate since it doesn’t need maintenance, nor is it affected by the risk involved in stock-picking. Bitcoin has none of those risks, such as identifying the right stocks or the leverage needed to play in the housing market.

It’s a pure store of value asset and not an asset that is holding a monetary premium because investors are looking for a place to store capital and have less concern with fundamentals.

Based on the case I’ve made above, I think the proper test of whether or not an asset is a true inflation hedge is not measuring if it reacts to supply shocks, media cycles, geopolitical shifts, or fiscal policy but how it consistently performs against a loose monetary policy that results in greater currency debasement.

I think judging bitcoin as an inflation hedge is better done by measuring its performance over a long time horizon, such as five or ten years or even longer.

Bitcoin’s trailing five-year return of 1,100% during a time when the CPI increased only 18.5% suggests that the world’s best-performing asset is indeed an effective inflation hedge. Despite its extreme volatility, those who purchased Bitcoin would have seen their purchasing power skyrocket. And this is the whole premise of investing in the first place — the idea is to raise one’s spending ability over time and not lose it.

In my opinion, investing would be a lot simpler if people would just extend their time horizons. As many market actors know, the float of bitcoin isn’t representative of the network. Literally, anything can happen in the next month, quarter, or year. And trying to design a portfolio based on what might happen in such a short period is a losing game because it is unknowable.

Viewing Bitcoin in this light is the approach I’ve taken as part of my thesis on hedging inflation and despite falling 65% since its all-time highs. If we consider its record of recovery, its known monetary policy, its supply crunches after the halving and its ability to push past previous highs constantly over the last decade, leaves me bullish that it will continue to be the world’s best inflation hedge for years to come.

Are you hedging with bitcoin?

Do you believe bitcoin is an inflation hedge? Is your intent to hold long-term, or are you only focusing on trying to capture capital flows coming into the space and trading around the sentiment to try and outpace inflation? How has your strategy worked for you?

Let us know in the comments below; we’re always keen to learn from other bitcoiners first-hand experiences.

South African bitcoin pleb falling down the rabbit hole and willing to share every bump, scratch and knock along the way
View more articles from this author
PrevPreviousHow Liquid Fits Into The Bitcoin Ecosystem
NextBitcoin App: Liquid TaxiNext