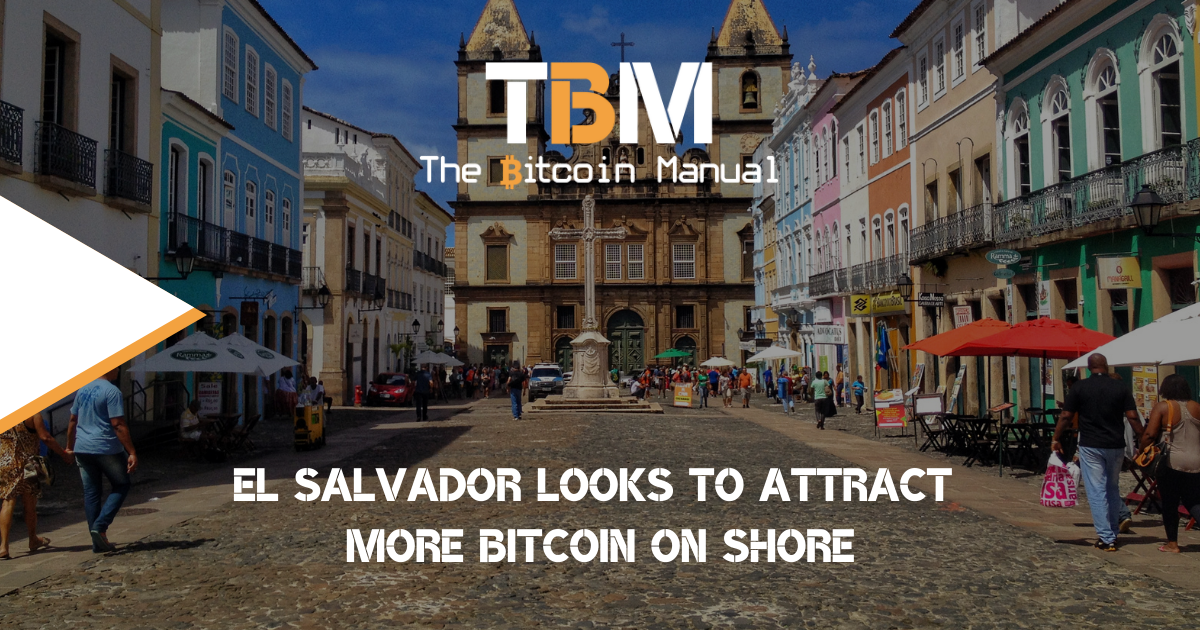 2021 has been another whirlwind chapter in the history of Bitcoin; what started as nerd money or digital drug money is has moved gradually, then suddenly into sovereign state money, to quote some old Ernest Hemingway.

As of this month, El Salvador is now officially on a Bitcoin standard or rather a hybrid one as citizens can alternate between Bitcoin and the US dollar. While we may cheer this one, it’s still a baby step towards hyperbitcoinisation and should be overseen. A lot of the “theory” Bitcoiners have put out over the years will be tested with a group of 6 million Salvadorians both in and outside the country.

Opening up payment rails, next is opening up minds.

Adding the rails for Bitcoin is one thing, but getting people to adopt it is another ball game. We’ve seen how the concept of hard money takes time to sink in, even if it’s a superior monetary store of value. I think all the shitcoins are pretty much evidence that the vast majority prefer unit bias over purchasing power.

Yes, we as Bitcoiners feels like vindication for all the shouting we’ve done over the years, but now comes the actual test. How will governments, businesses and individuals react when they choose hard money versus fiat money, and how will they use both methods in real-time.

How will the education of this new form of money proliferate within society, and how it will affect industries within the country and relationships with foreign nations, nationals and businesses.

Hard money means decisions are out of your control.

When you adopt hard money, it comes with certain restrictions, you cannot finance yourself through debt, but it has to be done through equity. You have to save before spending; you can’t borrow from the future to spend now.

Hard money also means you need to apply proof of valuable work to attain capital; this can either be through mining or rendering goods and services.

This makes certain reactive policies harder to implement, with governments, businesses and individuals needing to consider the value of spending now or going without and saving for the future.

Instead of money printing being the go-to for all your problems, you need to think outside the box and with this comes creative destruction. While destruction sounds negative, this is a natural process of migrating assets to the best capital allocators over time and improving society, something we’ve actively fought against under the fiat system.

We don’t yet know how El Salvadorians will be using Bitcoin. Will it breed a new generation of HODL’r who only tap into Bitcoin when needed and would rather spend their fiat, or will it be used as often as the dollar for daily transactions?

This is a question we’re all would love to know the answer to, and if Bitcoin can finally flex its muscles as a practical medium of exchange. When Bitcoin is the only money you have, naturally, you are more likely to spend it, but as it increases in value, some will be encouraged to save as they need to spend less to secure goods and services.

As the circular economy grows and the percentage of holders increase locally, El Salvador will need to find ways to bring more Bitcoin into the country.

They are bringing more BTC into the country.

The government of El Salvador has already been purchasing Bitcoin for its balance sheet and are reported to be working with companies like Blockstream. The country’s government aims to set up mining operations and investment instruments to help finance mining similar to the BMN (The Blockstream mining Note). These are all long term projects that require capital expenditure to acquire more Bitcoin, so they’re looking at legislative ways to attract sats into the country.

It has been reported that El Salvador will exempt investors from paying a capital gains tax and an income tax on Bitcoin (BTC), according to a presidential legal counsel. Javier Argueta, a legal adviser to President Nayib Bukele, is looking to encourage foreign investment through significant tax breaks on Bitcoin, Agence France-Presse reported Sept. 10.

“If a person has assets in Bitcoin and makes high profits, there will be no tax. This is done obviously to encourage foreign investment,” Argueta said, adding that El Salvador will impose no taxes on “either the capital increase or the income.”

Jurisdictional arbitrage is now in play.

This change in legislation is a move to try and boost Bitcoin tourism and investment in the country; if Bitcoiners whose wealth continues to increase start to feel the need to spend, they’re going to look around for the best options.

If you want to take full advantage of their stack, having a place where they can invest with fewer burdens will naturally attract more Bitcoin into the country.

As many countries like my own (South Africa) have taken up tough stances on Bitcoin, it’s only going to encourage holders to take their skill, wealth and productivity to the place where they get treated best.