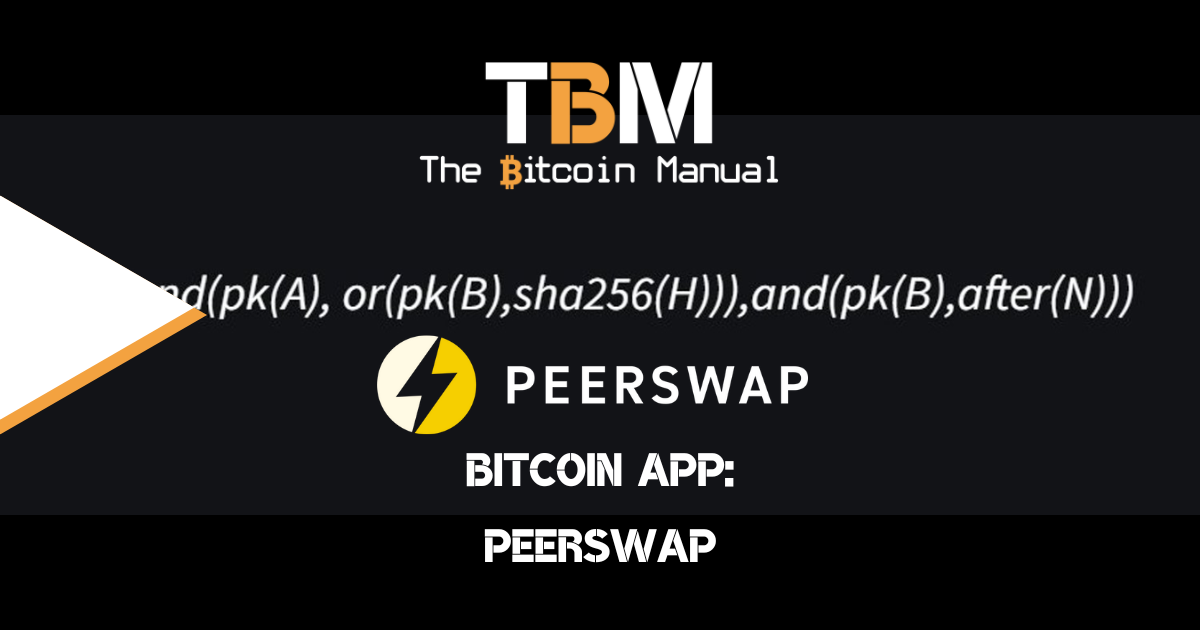 The Lightning Network (also referred to as Lightning or LN) is a scalability solution built on top of the bitcoin main chain that allows users to send and receive BTC with virtually no fees instantly. Lightning is considered to be an off-chain Layer 2 solution, meaning that transfers are done via a new network of payment channels anchored in bitcoin’s blockchain.

The second use of a payment channel is to connect your Lightning balance with other nodes willing to accept payments from you, send payments to you and route payments to and from you. As a Lightning Node, you not only move and spend your funds.

By allowing Lightning channels to connect with one another, the network can find the most effective payment routes. As the Lightning network expands, these routing nodes are moving more payments between them and depending on your connections, your inbound or outbound Liquidity can be drained.

If a Lightning channel becomes unbalanced, it won’t have funds to either send or receive effectively and requires manual intervention to move fund capacity to the side of the channel where it is lacking.

If your Lightning channel starts to get out of wack, and you’re in danger of not being able to route payments, you could rebalance using one of the following strategies.

Each rebalancing strategy comes with its own pros and cons when executing, and more importantly, each method will carry a different cost to you as the Lightning Node runner. Any node would want to run a profitable operation, and each time you rebalance, those costs could set you back, which will require you to route even more payments or larger volumes to get back into the black.

Despite all the current methods of rebalancing available, it still hasn’t been enough to get Lightning nodes of all sizes to use their liquidity in an optimum fashion. In today’s Lightning network landscape, many nodes suffer from issues like:

PeerSwap versus opening a new channel

PeerSwap enables Lightning Network nodes to balance their channels by facilitating atomic swaps with direct peers offering liquidity. PeerSwap aims to enhance the decentralisation of the Lightning Network by enabling all nodes to be their own swap provider.

Instead of posting ads or sourcing liquidity via a centralised coordinator, no 3rd party marketplace, you could, in theory, have access to thousands of offers for liquidity. More nodes providing PeerSwaps would allow for a competitive market for idle liquidity and encourage better use of the entire bitcoin network.

PeerSwap would open up the market to smaller or novice Lightning nodes so that they can source the lowest cost channel balancing means allowing small nodes can better compete with large nodes.

PeerSwap currently has a working implementation for both CLN and LND nodes, while an interoperable implementation for Eclair is in progress, along with protocol improvement discussions. Once the various implementations of Lightning can source liquidity from one another, the bitcoin network or Liquid side chain, it will open up a new market for liquidity to move to where it’s needed most and valued most and thus a new income stream.

PeerSwap is not meant to replace the current methods used for channel rebalancing but to compete with them and provide additional options for bitcoiners who run their own node or wallet providers who run nodes on behalf of their users.

What you need to run PeerSwap

Try out PeerSwap on testnet

It’s always important to remember that when trying out new bitcoin software, you are choosing to take on additional risk. While it might be exciting to experiment with new protocols, tools and services, there is always a possibility that this early-stage software could contain vulnerabilities or cause unforeseen issues.

With this in mind, if you are going to test services like PeerSwap, make sure you’re only using funds that you could afford to say goodbye to without it setting you back a few years or months to re-stack.

Alternatively, you could try a safer approach and use one of the public test environments available. PeerSwap supports Bitcoin testnet3, but it is strongly recommended that users test using the Bitcoin Signet instead.

Testnet tends to have reliability problems such as not seeing blocks mined, too many blocks, or sometimes 10,000 block reorgs, which will throw your testing for a loop. If your goal is to test software integrations dealing with chaotic situations like reorgs.

Currently, PeerSwap is suitable for developers and expert node operators with Linux command line skills. Implementations of control panel GUI interfaces are currently underway, which will make PeerSwap easier to use for ordinary end users.

There you have it, another application you can try out using bitcoin and its second-layer networks. Interested users can leverage PeerSwap to optimise their overall bitcoin experience when conducting payments or use it as a method to earn some satoshis by supporting swaps.

If you’re new to the Liquid Network or Lightning Network and you’re only getting started with a more advanced wallet and all the things you can and should do, it can be overwhelming but take your time to learn more about each app and why you would want it added to your bitcoin stack.

If you’d like to try out PeerSwap or want to learn more about it, we recommend checking out the following resources for your research.

Have you been using Lightning or Liquid to make payments? Stream sats or engage with apps? Which app is your favourite? Have you tried all the forms of bitcoin payments? Which one do you prefer?

PrevPreviousWhy Bitcoin Becoming Boring Is A Feature, Not A Bug
NextHow To Acquire Bitcoin If Your Government Bans ItNext