What Is Splicing On The Lightning Network?

Home » Articles » What Is Splicing On The Lightning Network? 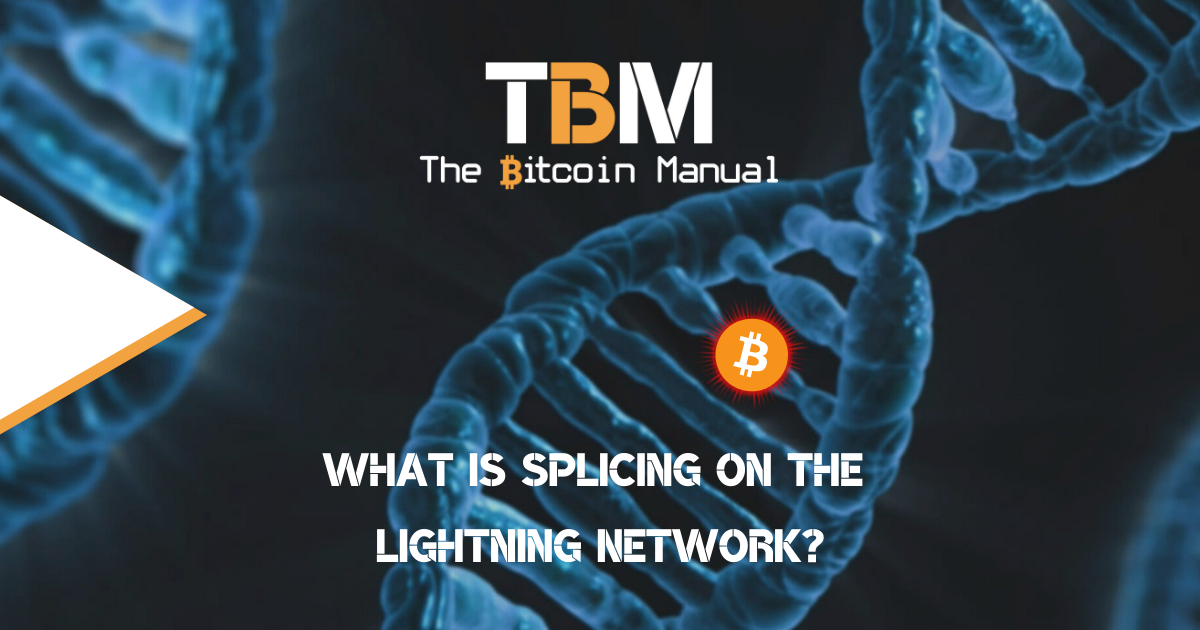 The Lightning Network (LN) is the most popular scaling solution for using bitcoin for micropayments and instant settlement. It offers bitcoin users an ecosystem where more freedom can be had, and applications can be built with a lot fewer limitations than the base layer has.

While Lightning offers a massive improvement on scaling, it isn’t unlimited in its ability to scale and will reach breaking points and require new feature sets to push it even further.

The primary issue with Lightning right now is finding the best methods to move liquidity in and out of the two environments. Developers are working on solutions such as dual funded channels, submarine swaps, turbo channels and much more.

The limitations of payment channels

When talking about the Lightning Network, you’ll often hear people refer to the bitcoin used as “locked up” in a payment channel. The reason for this expression is that when you have bitcoin in an HTLC to serve in the payment channel, you cannot use that bitcoin outside the channel.

If you want to extract that bitcoin from the Lightning Network, you first need to close the channel by broadcasting the latest state to the base chain. As channel closes are a main chain transaction, this requires confirmation times and on-chain fees. There has been rising concern that money could be less liquid in the Lightning Network than on-chain.

However, this might not be the case for too long, with the development of a new function known as splices.

In practice, that means you can add or remove bitcoin from your Lightning Network payment channel without the need to close the channel and create a new one entirely. It is making for a more dynamic Lightning Network experience.

What is splice in?

Splice in means adding funds to a channel. In this case, a cooperative close of the channel is arranged between the involved parties that spends the old channel funds to a new channel along with the new deposit.

Because the new channel open is based on the security of the old channel close, the channel participants can safely spend the old funds within the channel while waiting for the close and open transactions to confirm.

What is splice out?

Splice out means removing funds from a channel to an independent on chain output. Similar to splice-in, the channel is closed, and a new channel is opened, with the remaining funds being secured by the old channel’s security until the new channel has been fully confirmed.

The difference between splicing and submarine swaps

Splice up your life

We saw what a splice in and out does and how it affects the liquidity of off-chain money. You can understand why it’s needed. Having tools that give you more control over your bitcoin in any situation and environment can never be a bad thing.

Gaining access to liquidity is not the only factor to consider when deciding if your money should be left in payment channels or not.

Some other factors like security might be an issue. Since using a Lightning Network in a non-custodial fashion, you have to use a set of hotkeys on the Lightning node. If you have a Lightning balance that you are uncomfortable with, you may want to move some of that value into cold storage instead.

Lastly, you may have set up a payment channel with someone you no longer wish to connect with or someone who has been non-cooperative or unresponsive and want to break ties with them.

Before you run off and try to start splicing channels, note that splices aren’t live with Lightning wallets yet. For you to use splicing, dual-funded channels have to be enabled.

If you want to get a deep dive on how splicing would work and how it adds more functionality to the Lightning ecosystem, then we recommend checking out the video below.

South African bitcoin pleb falling down the rabbit hole and willing to share every bump, scratch and knock along the way
View more articles from this author
PrevPreviousWavlake – Bitcoin Music Streaming Platform
NextWhat Is The Blockstream Mining Note?Next