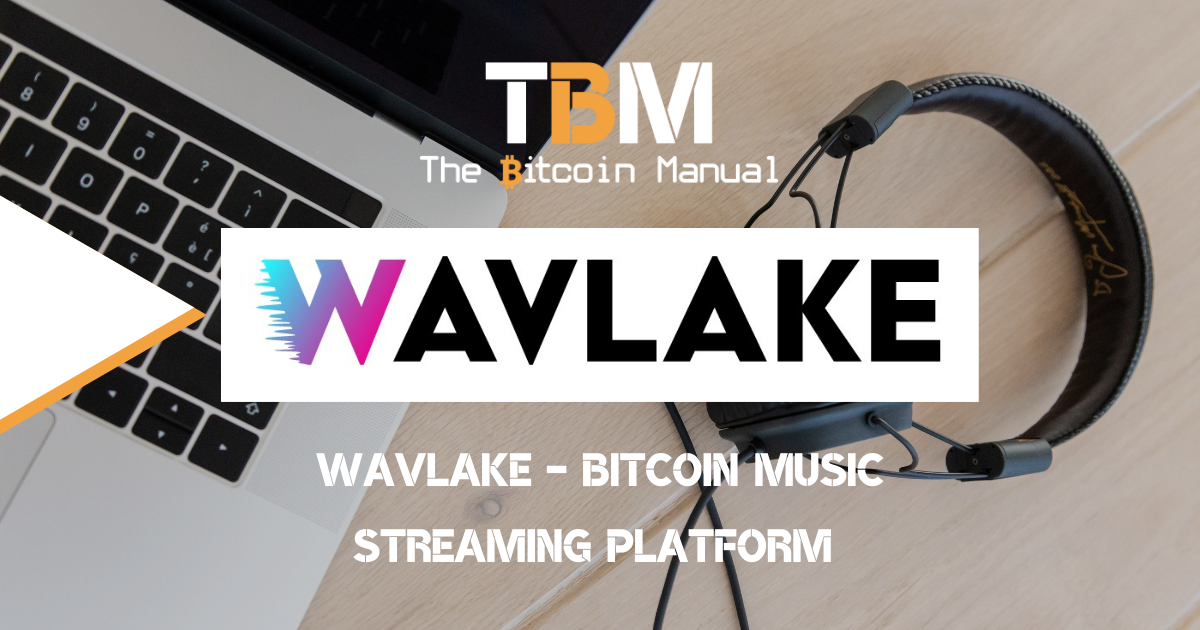 Music streaming services seem to be mainly dominated by Spotify, YouTube, Amazon and Apple Music, although there are other options out there like Tidal, Deezer and Pandora trying to make some noise.

We are probably all well aware of the “freemium” subscription model these services provide where you have the convenience of the world’s music to stream at your finger tips.

Should you wish to pay to get rid of the adverts, then you will have monthly subscriptions to pay for, of which the artists receive a fraction of a cent per stream, which has lead to many outrages from various musicians.

However, this article isn’t going to go in the ever increasing hot topic of fair pay for musicians. Income from music streaming is just one of the many possibilities that are out there for musicians but as you’re reading this on a Bitcoin site, well, a new platform is currently looking to change the dynamic.

Bitcoin’s lightning network has been in development for a few years now and it has facilitated instant and next to zero fee transactions of Bitcoin between different users.

What this means for musicians and music fans is that tips can be sent directly from fan to musician during a livestream or, in the case of what Wavlake is trying to do, tipping sats whilst streaming that artists track.

Wavlake is a music streaming platform that integrates Bitcoin’s lightning network with the aim of nurturing communities around music via a “direct funding model”.

The company was founded in July 2021 and the site is currently being developed by Michael Rhee.

Although it is in it’s alpha build at time of writing, they are allowing musicians to register and upload their music with the tipping and streaming side of things also working smoothly.

Michael thinks of Wavlake as a global jukebox where everyone can participate in discovering and supporting musicians. He’s always on the looking for new artists interested in joining the platform so if you’re a musician, get in touch with him.

How Are Musicians Tipped?

When a musician uploads their track to the platform, they are able to set the number of free listens their track can have before posting it live and if listeners like what they hear, they can tip the musician any amount, starting from 21 sats by “charging up” the track:

This tip also contributes to unlocking more listens for everyone else using the platform with the aim for fans to promote the music they like, whilst supporting their favourite music directly.

Tipping requires you to use a lightning wallet that supports “Bolt 11” invoices, which is where a static lightning wallet address is used to send sats to. There is a list of compatible wallets you can use here.

Alternatively, you can you use your own lightning node if you have one set up.

Once you have created your static lightning address or connected your lightning node, add it to your profile and test it out. Then you should be good to go.

How To Get Your Music On Wavlake

At the moment, musicians can register for an account to upload their music by sending an email to contact@wavlake.com. You will also need to provide your LNURL mentioned earlier and sign a form saying you are the original artist that created the track.

Once you have been approved, you can then log in to your account and upload your tracks (only mp3 format is accepted at this time) with any corresponding artwork (greater than 420 x 420px).

You can also set the number of free plays that you want on your track before people need to start tipping.

After you have done all this, the track then becomes live on the front page of the site and in your profile so you can start sharing it around:

All listeners need is a lightning wallet with some sats already loaded on to it so they can tip any amount they want to the musician by clicking on the “charge” button.

This then generates a QR code that you can scan with your lightning wallet app and the payment is sent instantly.

Listeners do not need to create an account to tip their favourite tunes so this is an added bonus.

I’ve had some interaction with Michael since I joined the site and there are plenty of features coming along the way such as playlists but this will take some time as it is just him working on it at the moment.

His main focus right now is to make sure the basics of payments and tipping are rock solid before adding more features to the site.

This is an approach that I like the sound of as solid foundations are the key to getting sorted first and things will grow out from there.

As a part-time music producer hobbyist, getting to the millions of streams on the likes of the mainstream music sites will remain a pipedream!

I’m aware of the amount of “foul play” that goes on with streaming sites with various farms and “play-for-play” groups that get set up to ciphen off streaming rewards.

However, with Bitcoin, there’s a new way of doing things where transactions are transparent and there’s a direct interaction between fans and artists. There’s no benefit in setting up play for play groups with this model, although no doubt, people will always look to try and cheat the system!

Independent musicians are always looking at new ways they can increase the bonds between their fans and what more direct way is there than by integrating the lightning network and receiving support directly?

Wavlake is approaching this with a different model compared to conventional music streaming sites and it will be very interesting to see how the site develops over time.

It’s still very much early days, both in terms of the site’s development and Bitcoin adoption, but Wavlake is looking to provide a new home for independent musicians and fostering communities around them with Bitcoin.

This is one site I’m looking forward to see develop and share my new tunes with as time goes on.

British bitcoin pleb falling down the rabbit hole and willing to share every bump, scratch and knock along the way
View more articles from this author
PrevPreviousBitcoin Business: Bitcoin Bloem
NextWhat Is Splicing On The Lightning Network?Next