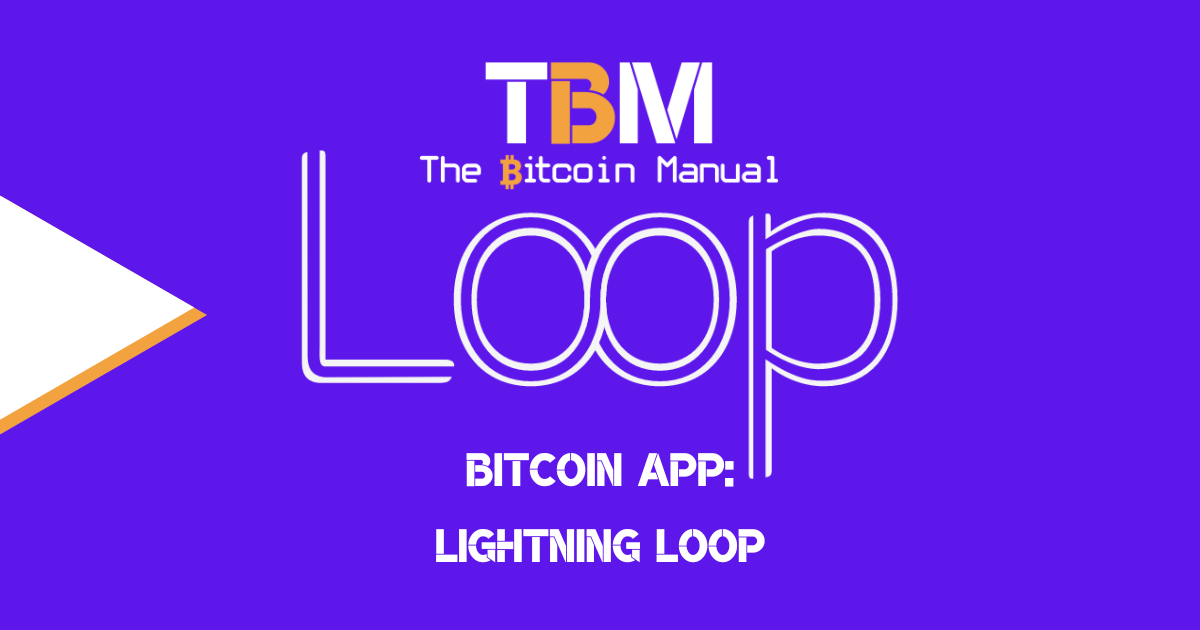 The Lightning Network has been a welcomed addition to the bitcoin stack as a method of moving transactions off-chain without having double spend issues and helps scale the network. Lightning provides fast and cheap transactions by moving bitcoin between parties through its protocol rules.

Think of the bitcoin base-chain as a train; all transactions get onto the train and move to the next station; you can’t move faster or slower than anyone in that carriage, or in bitcoins case, a block. Once we reach the station or confirmation block, everyone gets there together. In Lightning, it’s more like instead of heading to the station, you’re able to travel on the road, you can pick the route that best suits you, and when you need to, you can always go back to the train station.

Moving away from the final settlement on the bitcoin base chain comes with certain trade-offers or rather operational quirks, one of those being managing channel capacity. If you’ve asked any non-custodial Lightning user what their biggest pain point or hurdle is initially, it would have to be getting to grips with managing your inbound and outbound capacity in your channel.

The quirks of being a lightning node

When setting up payment channels, users have to fund their Lightning wallet with bitcoin to begin sending and receiving. Once established and confirmed by the base chain, you can now see the channel, but you’ll find that you can’t receive bitcoin. Since you lack “Inbound capacity”, which refers to a receiver’s ability to claim a certain number of bitcoin from a sender, you’re stuck until you make a payment.

This would not be a problem if you established a Lightning channel with the purpose of paying someone, but it can be an issue if you’re establishing a channel to receive payment. It’s simply not an intuitive process; the idea of having a wallet that can’t receive by default seems strange, doesn’t it?

When you create a Lightning channel, you create a money tunnel; the money is now all sitting on your side of the tunnel; if you moved some first, you would have spare capacity to receive if you didn’t, you’ll end up blocked.

For example, Molly has a payment channel set up with Angela and Molly funded her side of the channel with 2 BTC. In comparison, Angela funded her channel with 1 BTC, then Molly’s inbound capacity is 1 BTC, and Angela’s is 2 BTC. If Molly wants to receive 2 BTC from Angela, then they’d have to open up a new channel and fund it with the appropriate amount.

So what do you do if you’re new to the Lightning network and have no mates to help you secure capacity? Well, you look for a liquidity market.

Dealing with inbound and outbound liquidity might be daunting for first-time users, but this issue doesn’t go away; you simply have to manage it. As your Lightning channel matures and you keep making payments or routing payments, channels can become unbalanced, with too much liquidity on one side versus another, and you will have to rebalance.

If routing payments continues only to go one way, you’ll have to find a way to send payments in the opposite direction to keep that capacity open, or payments will fail. In certain cases, your would need to open a second channel and try to rebalance that way and close the old channel, but channel churning can be expensive as you’re at the mercy of the fees of the base layer.

It becomes near pointless to manage a channel, if closing and opening is costing you more than you’re sending or earning through routing payments.

Keeping you in the Loop

Lightning Labs, the development team behind LND, aimed to tackle this problem with a new protocol called Lightning Loop. Lightning Loop is designed to allow users to deposit and withdraw bitcoin from their payment channels (the two-way payment gateways that allow users to send and receive funds to and from each other) without closing these channels entirely.

Why would you use Lightning Loop?

For merchants, services, and users who primarily receive funds via Lightning, Loop Out serves as a bridge, allowing funds to be sent out of the Lightning Network to “on-chain” destinations like exchange accounts or cold storage systems. This can also be useful for users who want to:

Loop In enables typical users to “refill” their Lightning wallets when funds are depleted. In these cases, users “Loop” funds into Lightning wallets from “on-chain” sources (e.g. exchanges or cold storage). Loop In can also be useful for:

The Lightning loop client also contains functionality to dispatch loop-out swaps automatically, according to a set of rules configured for your Lightning node’s channels, within a budget of your choosing. The autoloop functionality is disabled by default and can be enabled by users and configured based on certain rules.

Autoloop can be configured to manage liquidity for individual channels, or for a peer as a whole. Peer-level liquidity management will examine the liquidity balance of all the channels you have with a peer. This differs from channel-level liquidity, where each channel’s individual balance is checked. Note that if you set a liquidity rule for a peer, you cannot also set a specific rule for one of its channels.

To set up the autolooper to dispatch swaps on your behalf, you need to set the liquidity balance you would like for each channel or peer. Desired liquidity balance is expressed using threshold incoming and outgoing percentages of capacity.

The incoming threshold you specify indicates the minimum percentage of your capacity that you would like in incoming capacity.

The outgoing threshold allows you to reserve a percentage of your balance for outgoing capacity but may be set to zero if you are only concerned with incoming capacity.

How Loops compare to churning

There you have it, another tool you can use to improve your Lightning experience and make your life a little easier and have fun with the Lightning network. If you’re new to the Lightning Network and you’re only getting started with your Lightning wallet or Lightning node and all the things you can and should do, it can be overwhelming but take your time to learn more about each app and why you would want it added to your bitcoin stack.

Applications like Lightning Loops should be one of the first on your list to explore because it impacts not only how efficient your non-custodial Lightning experience will be but also the hit you take on your pocket when managing your channels.

Running a Lightning node isn’t some passive income opportunity, and if you want to ensure that you’re not setting in the negative just to use Lightning, learning to use tools like loop, leverage submarine swaps and getting comfortable with channel management is going to be one of the skills you need to refine.

If you want to learn more about Lightning Loop and dive down the rabbit hole, we recommend checking out the following resources.

South African bitcoin pleb falling down the rabbit hole and willing to share every bump, scratch and knock along the way
View more articles from this author
PrevPreviousWhat Is A Bitcoin Mining Capitulation?
NextWhat Is The Lightning Developer Kit?Next