How Fees Work On The Lightning Network

Home » Articles » How Fees Work On The Lightning Network 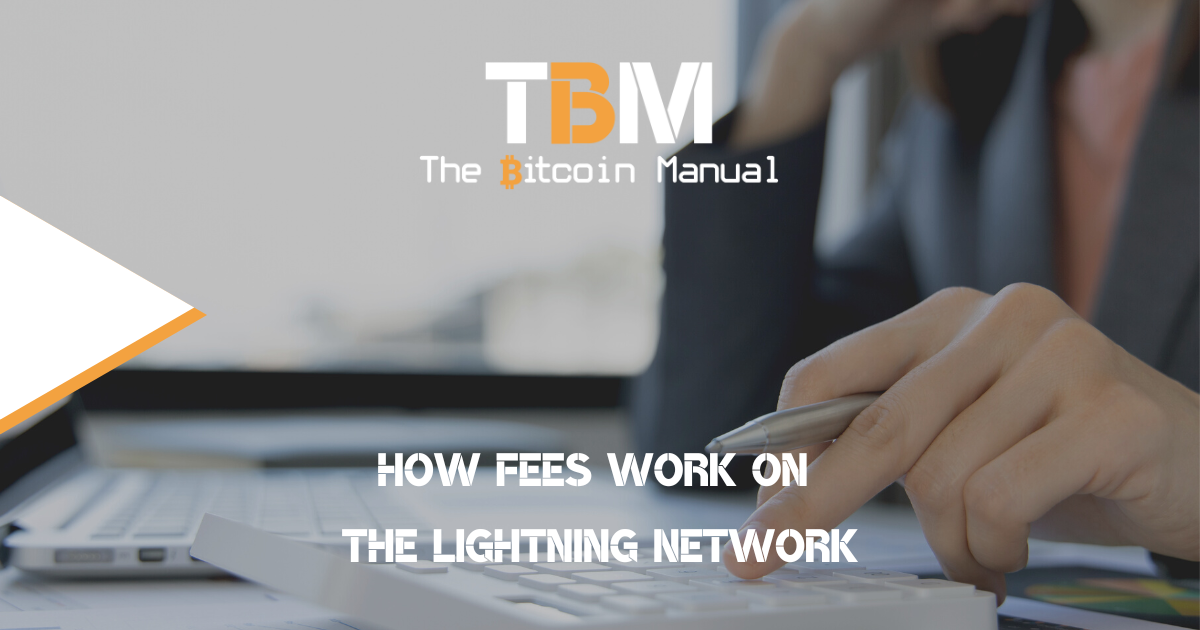 You could create a direct channel to pay someone or leverage a path created by many interconnected channels and route a payment indirectly to anyone on the Lightning network. These channels do not require on-chain confirmations but require capital in each channel used to route payments.

But how do fees work in lightning?

How do Lightning fees work?

When we broadcast a transaction to the bitcoin base chain, the fees are determined by a scarce resource, that is, the limited block space and the fact that the time chain consumes energy to secure that space.

If there is not enough liquidity available to you on the routes you can see, you won’t route the payment, and it will fail. To avoid failed payments and attract reliable liquidity, the Lightning Network is set up in a way that compensates people for providing liquidity to the network.

When you run a Lightning node that would like to route payments, you can set fees that other Lightning nodes will have to pay to use your capital for routing.

One of the key publicised advantages of the Lightning Network is the near-zero fees to send payments which does my head in sometimes because it won’t always be the case. It reminds me of the narratives of old like bitcoin is private when we know you have to jump through plenty of hoops to remain private. Saying the Lightning network is free or near free does the network a disservice, and we should be honest about the fees charged and that it will increase with the demand for Lightning payments.

There are two types of fees in the Lightning Network.

The base fee is a flat rate that is charged per transaction that is routed through your node. For instance, you could charge 100 satoshis — roughly 1 cent — for people that want to route payments through your node. If you want to route more payments, you could decide to drop down your base fee to 10 satoshis! This base fee is set by every node operator on the network based on what they think their capital is worth and the time value of locking that bitcoin in an HTLC versus keeping it in cold storage.

This is a fee you can charge based how much liquidity a person is using in your channel. This charges a fee for every satoshi that is sent through your Lightning Network channel.

Thus the liquidity fee for this Lightning channel would be ten satoshis for a 1,000 satoshi payment.

In some cases, channels might become unbalanced, where most of the money is pushed towards one direction, either outbound or inbound liquidity. This is bad for people because it would mean that their channels cannot be reused and needs to be rebalanced. You’d have to open a new channel for new payments, hence on-chain transactions.

If a channel is almost exhausted, the person of the channel with less money will want payments routed towards them to allow the channel to be full again so she can make more payments on that same channel without reopening a new one.

The holder of the unbalanced channel will want to pay if someone chooses her channel to route their payments to rebalance. Hence sometimes, you’ll have negative fees. This means that a routing algorithm will look for paths where you get paid (negative fees) because you’d be rebalancing some channels along the way.

How are fees determined

Fees are determined by the node operators and are a completely free market; you can set whatever fee you want, even to zero, if you simply want to support the network. As more nodes come alone and lock in liquidity, it provides competition for payments, so if you want people to route payments through you, you should set a low or no fee.

Earning fees on Lightning are still pretty low, but even without fees, there is still an incentive to operate a node and use Lightning. To use Lightning in a non-custodial fashion, you must be a node which encourages you to run a node if you don’t run one. You will also want to use lightning if you are keen to avoid paying higher fees with on-chain transactions.

South African bitcoin pleb falling down the rabbit hole and willing to share every bump, scratch and knock along the way
View more articles from this author
PrevPreviousWhy Bitcoin Spot ETFs Continue To Get Rejected
Next8 Considerations Before Buying Your First BitcoinNext