Home » Articles » What Is Pear Credit? 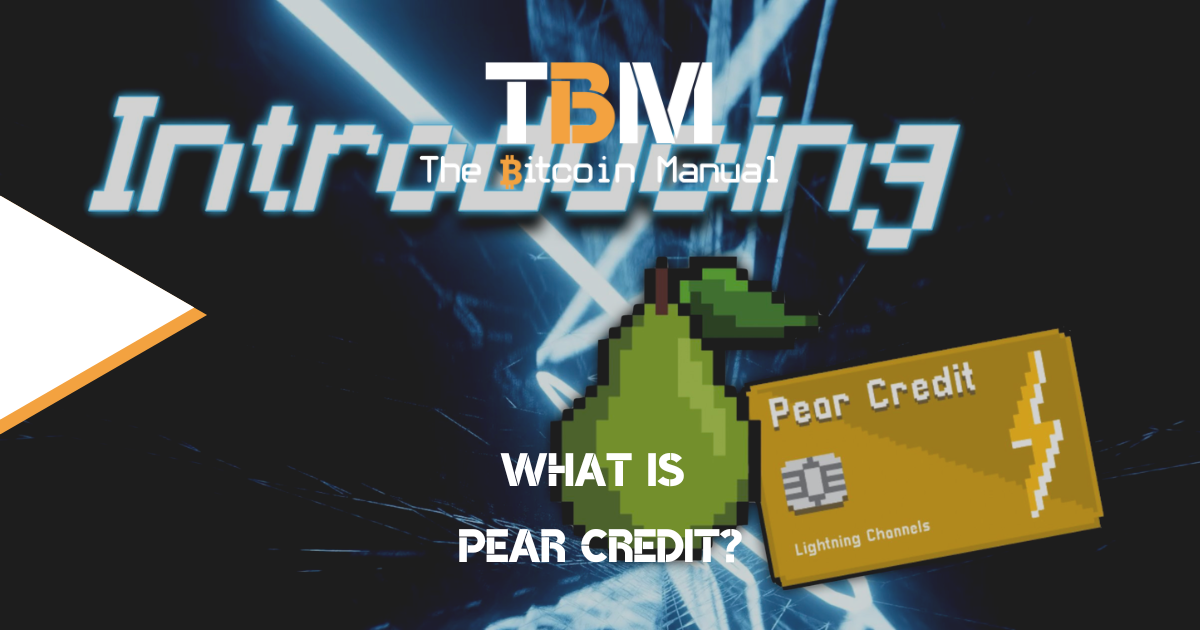 It seems as if Food Finance, the trend of naming protocols and services after food, is finally coming to bitcoin, and it may trigger some bitcoiners, because of the PTSD coming from the food-named protocols that have blown up in the wider “DEFI sector”.

Tether, the company behind the world’s largest stablecoin USDT, has, together with encrypted protocol Holepunch and Bitcoin-focused platform Synonym, unveiled a new protocol referred to as a peer-to-peer (P2P) credit system. The service dubbed ‘Pear Credit’ was announced on 28th October 2022, but details on how it all works are to be released in Q1 of 2023.

The system is described as a bitcoin native protocol that leverages Lightning Network speed to enable credit system will allow credit issuers to create P2P credit “tokens” in a cheaper, faster and more scalable manner.  According to material that has been released on the protocol, Pear Credit would allow issuers that use a pure P2P protocol that won’t have to rely on blockchains or other major shared-state networks.

You could then issue these credit tokens with No middle man or system and engage in plain peer-to-peer with bitcoin as the underpinning of value in the system.

What is Pear Credit?

Pear Credit is a P2P open protocol that allows anyone to issue centralised credit tokens without a blockchain, using cutting-edge Hypercore designs. Pear Credit combines the P2P DHT capabilities of Hypercore with the instant transacting of Lightning channels, enabling “Lightning for data.” This allows fully scalable tokens, credit, gift tokens, and a whole lot more backed by bitcoin and the bitcoin network.

Issuers and users will be able to conduct credit-based transactions in an Instant and free manner without the need to worry about routing or liquidity problems.

Giving issuers the ability to credit these credit products aims to disrupt the need for needless tokenisation and obsolete the issuance of tokens on blockchains, including on bitcoin and bitcoin sidechains.

Bitcoin is money, and does not require trust, but there are instances where individuals and businesses would require or prefer credit agreements between one another. In certain instances, bitcoin can be used to issue prepayments like the hodl invoice; in other instances, you might not want to put up funds immediately, and bitcoin transfers might not be ideal.

If you’re not using bitcoin to transfer funds, you’re making promises, and promises are credits or coupons. If Everything else is trusted credit, then those instances could be handled by Pear Credit. Since it gives users the flexibility of blockchain IOUs without the complexity of blockchain or dealing with useless tokens and liquidity issues.

How Pear credit fits into the ecosystem

Pear Credit is one of the cornerstone products in a series of peer-to-peer applications developed by Tether, Holepunch, and Synonym that will put control of the economy back in the hands of the people.

Unlike traditional credit systems, Pear Credit is a transparent accounting system that leverages peer-to-peer technology to reach high scalability and resilience, perfect for big enterprises and one-person companies. Pear Credit will be the perfect tool for companies that want to issue gift cards, reward points, stablecoins, and any form of credit imaginable.

If you’ve been curious about Pear Credit and want to give them a try, you will have to wait until Q1 of 2023 until we see a website or GitHub. Where the open-source code could be made available for bitcoin app developers to review and start to integrate these services into their products.

If you want to learn more about Pear Credit and dive down the rabbit hole, we recommend checking out the following resources.

PrevPreviousWhat Is Chaumian eCash in Bitcoin?
Next9 Reasons Why You Want To Mine Bitcoin At HomeNext