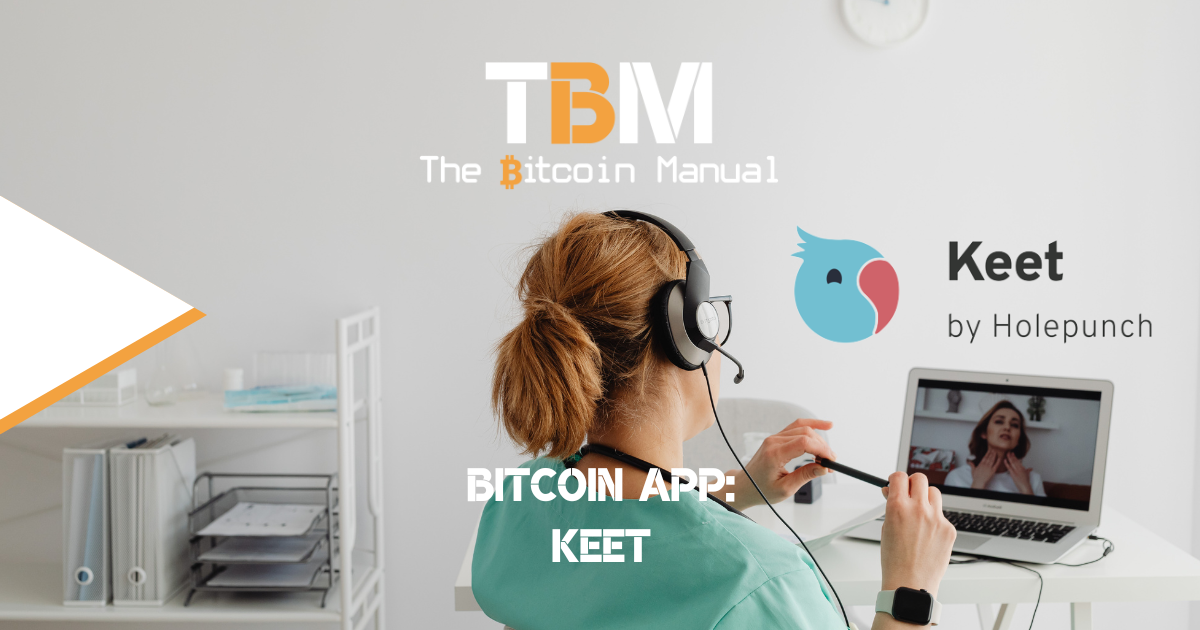 Video conferencing has become the norm after the last three years of remote work, and many of us have made it part of normal social interaction. What started as a way to keep in touch with your work colleague remotely and mimic the office meeting in a digital space naturally evolved into a more social experience where friend and family can maintain their connections across distance and time zones.

Video conferencing has also become an integral part of digital seminars, as well as the growth in podcasting and long-form interviews. Despite being such a popular method of communication, our options for communication are solely through big tech companies. Zoom, Microsoft Teams, Google Meet, Discord, Slack and even social media applications like Facebook and WhatsApp dominate the video conferencing landscape.

Big tech is in it for good reason, with the market set to be worth $7 Billion in 2022 and $15 Billion by 2029. And like any digital trend, social media, instant messaging, email and file sharing, there is always a big tech company looking to dominate the landscape.

Zoom currently dominates at around 50% of video conferencing, with most alternatives being spin-offs of other startups or acquired by larger tech companies. We have smaller video platforms that don’t follow the monetise at all cost model, such as VIDA Live and having more options to keep yourself off the big tech grid is always a welcomed addition.

Keet is a free app that uses peer-to-peer connections to facilitate real-time audio/video calls, text chats, and file sharing. Instead of leveraging a series of cloud servers where your data is stored and routed through tech companies, Keet uses an innovative stack of distributed technology, including DHT (Distributed Holepunching) and distributed databases that allow users to find and connect to form swarms, home and business networks. Using Distributed Holepunching, users can find and connect using only their authorized cryptographic key pairs.

This characteristic of Holepunch could, for instance, enable P2P, censorship-resistant streaming applications to be built with the SDK — which the streamer would be able to host with simple single board computers like a Raspberry Pi, which is often used to run bitcoin nodes, lowering the ability for people to run their own private video conferencing networks or integrate it into applications of their very own.

While it all sounds complicated, Keet abstracts most of the work away from the user in a simple but functional and intuitive user interface. It requires access to a microphone and camera. While privacy-conscious people can disable the camera within the call, the app won’t function without access to it being granted first.

“Web1 was the original form of the internet. It was designed to distribute information and knowledge on a global scale but it didn’t come without issues. Web2 improved upon many of the user experience roadblocks of Web1. Centered around social media, it made content creation, sharing and consumption seamless but not without one major flaw,” “Web2 requires users to give up control of their data, which has led to the rise of monopolies and growing privacy concerns. That is why Tether and Bitfinex chose to participate in the development of Holepunch and Keet. It believes that freedom of choice, communication and finances are the lifeblood of the future, and anything that will enhance those freedoms is worth amplifying.”

– Paolo Ardoino CTO of Tether and Bitfinex & CSO of Holepunch.

So what does Keet offer users that you can’t get from your traditional tech apps?

Keet only shares end-to-end encrypted data between participants in your calls. Without middlemen, third parties, or servers, there’s nobody left who can snoop or leak data.

Keet video calls operate over direct connections between you and your friends without using servers that can throttle your performance. You’ll notice the difference.

When you share a file in Keet, you don’t have to wait for it to upload. Other peers can immediately download it straight from the source. Megabytes, gigabytes, or terabytes. No limits.

As your app grows beyond the hobby phase, Holepunch lets you evolve into a business without compromises. With Bitcoin Lightning and USDt micropayments built-in, it’s easy to implement and use powerful paid features in apps.

No need for predatory monetisation

Since peers control everything about their own data, including how it’s bought and sold. The days of tokens, ads, hidden incentives, and data harvesting are over.

Adding bitcoin as a payments layer

While the Holepunch platform is designed to be blockchain agnostic, it will integrate a built-in payments API powered by the Lightning Network. The Holepunch team are also looking to add Lightning integration, including integrating services such as Blockstream’s Greenlight, which provide low-cost, on-demand but non-custodial Lightning node management.

There you have it, another way to get out of big tech and build your own digital space where you can have far more control over your data and avoid having to stream more of your money to these mass surveillance companies rewarding them for spying on you.

If you’d like to learn more about the app or give it a try, check out the links below.

South African bitcoin pleb falling down the rabbit hole and willing to share every bump, scratch and knock along the way
View more articles from this author
PrevPreviousWhat Is Magma by Amboss?
NextWhat Is A Bitcoin Block Subsidy?Next