What Is A Hodl Invoice?

Home » Articles » What Is A Hodl Invoice? 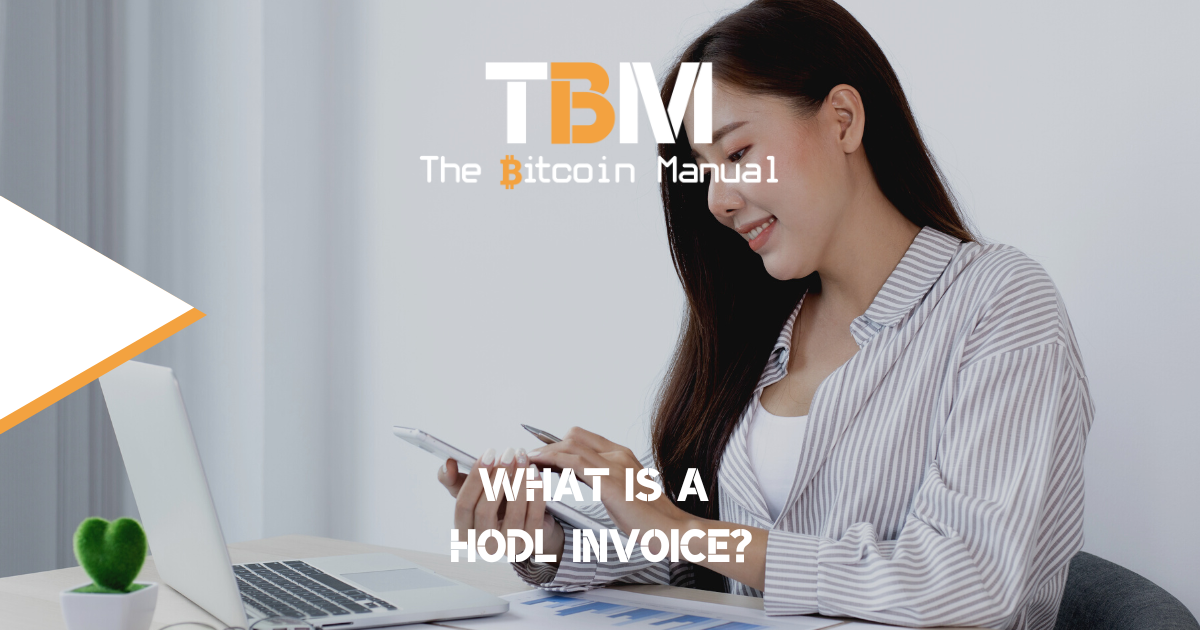 The Lightning network enables fast and low-cost payments using bitcoin, which is not only ideal for streaming payments and micro-payments but for everyday purchases. The ability to clear a payment instantly works fantastically well for over-the-counter purchases but does have its limitations for certain merchants.

There will be some cases where instant settlement might not be ideal, and having the ability to set a delayed payment or a conditional payment would be more helpful, and this is where the idea of hodl invoices comes into play.

What are hodl invoices?

Hold invoices are LN invoices where the receiver doesn’t immediately release the preimage upon receiving the action of payment. Instead, the receiver performs some action and either accepts the payment, explicitly rejects it, or lets it time out.

A practical example would be trading with an eCommerce store that accepts bitcoin payments via Lightning. The merchant could automatically generate hold invoices on her website but wait until a customer paid before searching her inventory for the requested item.

This would allow the merchant to cancel the payment if they couldn’t deliver the product or if there were delays with the product shipping. Using a hodl invoice means the funds have not cleared, and the merchant has a chance to inform the client. These hodl invoices can avoid unnecessarily processing of refunds and reduce the cost of managing and processing refunds.

How do hodl invoices work?

Hold invoices require a Hash Time-Locked Contract that allows control of the receiver of an invoice to cancel the invoice. Instead of immediately locking in and settling the HTLC when the payment arrives, the HTLC for a hold invoice is only locked in and not yet settled. At that point, it is not possible anymore for the sender to revoke the payment, so the funds cannot be reversed, but the receiver can still choose whether to settle or cancel the HTLC and invoice.

One possible indication of a hodl invoice that it will have a longer-than-normal expiry parameter.

.A hodl invoice can be resolved in two ways:

A hodl invoice works in the exact way that a standard invoice does, except that, when the recipient receives the payment on a given route, they do not immediately/automatically return the preimage back.

As a reminder, a successful payment is a 2-part process consisting of sending a payment for a given invoice along a Lightning Network route from sender to recipient and receiving the secret (preimage) for the payment back up to the route.

With a hodl invoice there is also an additional option where the recipient does not have to be the same person creating the payment hash for a given invoice they will generate (as is usually the case). They can also receive a payment hash from another party to create an invoice again where that other party would be the one that will hold the secret (preimage) for the hash until some condition is met and the secret is revealed, which allows the invoice to be successfully settled.

To give you a better idea of how hodl invoices can help lightning users and merchants, consider the following scenarios that could be solved by using different combinations of the elements of a hodl invoice.

The two elements that will be varying are:

(All other examples below, trust not to reveal secret preimage to any other route participants)

Simple delay by the sender

Chained delay by the sender

There is a limit of 483 in-flight invoices that can be routed at any given time by a node (due to constraints about the on-chain transaction size limits). This is distinct from “open invoices” and only refers to invoices where the payment was started but is still incomplete, as is the case with hodl invoices.

This limitation might not affect smaller merchants, but larger ones would probably require multiple Lightning nodes to manage their invoices.

If you’d like to learn more about hodl invoices, we recommend checking out the following presentations.

South African bitcoin pleb falling down the rabbit hole and willing to share every bump, scratch and knock along the way
View more articles from this author
PrevPreviousWhat Is A Keysend Payment?
NextWhat Is LN Bank?Next