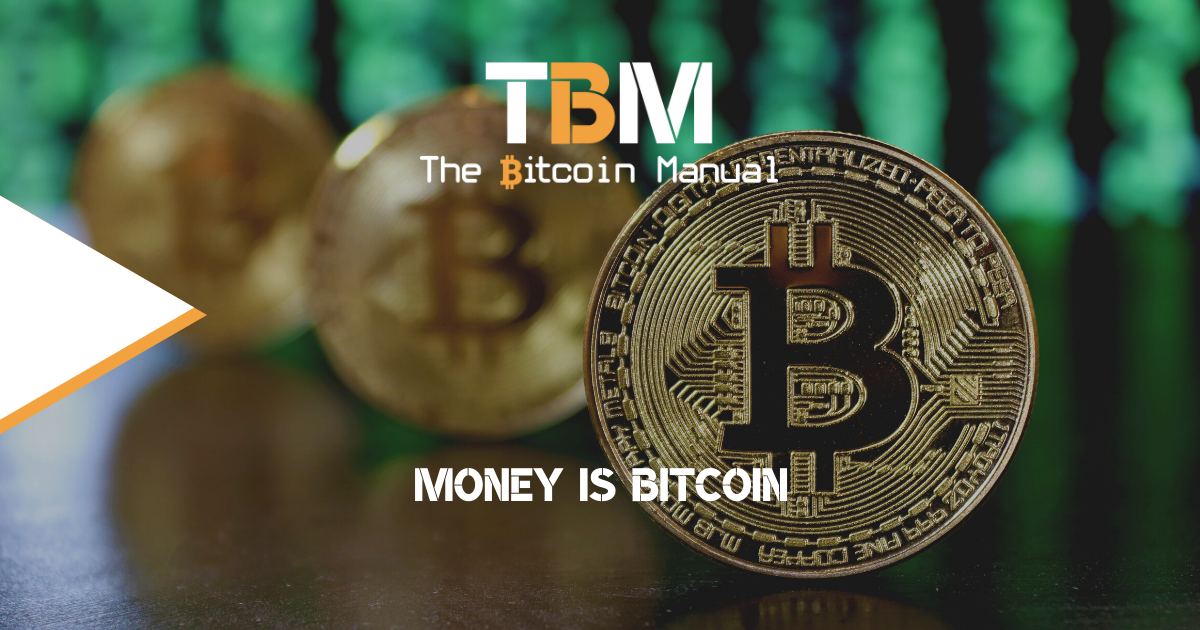 Getting to grips with Bitcoin can be a monumental task that takes some intellectual capacity, and of course, curiosity. It requires motivation and time. Bitcoin has challenged so many of my assumptions about the world around me. I realise all the preconceived notions and repacked beliefs I took for granted.

I see now I wasn’t constantly thinking for myself but taking arguments and concepts at face value. I feel like my bullshit detector has only now begun to calibrate, and I see things through orange-tinted glasses.

The bottom line is, Bitcoin is complicated; your brain will go through several difficulty adjustments as you wrestle with the concepts around Bitcoin.

I am not trying to put you off Bitcoin.

I am not trying to be smug.

I am saying this because it took me a long time to figure it out myself or reach the conclusions I hold now. I am under no impression that I fully understand all Bitcoin is and what it has to offer, but I am showing up each day with an open mind, ready and willing to learn.

I’ve found this has been the best attitude to have if you want to get the most out of your Bitcoin experience. Bitcoin is not only about learning but rewiring the way you accept, process and deal with information. To quote Saifedean Ammouss, you are upgrading your mental software to the Bitcoin standard.

It will be challenging, it will be annoying, it will require work, but I can promise you one thing. It will be one of the most rewarding journeys anyone can take in their lifetime.

The Bitcoin comparisons are endless.

Since I got into Bitcoin, I’ve heard all sorts of comparisons.

No one agrees unanimously with one comparison, and it got me thinking, are we simply trying to apply what we know or what we assume to be familiar to Bitcoin.

I guess these comparisons are helpful in the earlier stages of your Bitcoin journey, it allows you to anchor your ideas on something you know to be real, and you feel comfortable in your understanding. Once you have your comfort zone, it allows you to venture off into the unknown that is the labyrinth of Bitcoin.

So I am not dismissing these ideas completely.

All comparisons are wrong, but some are helpful.

The reason I don’t think these comparisons aren’t helpful is that they do a disservice to all Bitcoin has to offer.

Each time you settle on one of the comparisons, you discount a fundamental aspect of Bitcoin that makes it superior to all the other asset classes.

Let’s stop comparing Bitcoin, to the familiar and see it as the natural successor

Another avid Bitcoiner, Robert Breedlove, often asks the question of “what is money” and spends a lot of time diving into the principles of what makes something money. Having listened to hours of his thinking process,

Money is Bitcoin; money has merely been a placeholder until we came to Bitcoin. A stopgap, a generic term for a solution we had yet to uncover until 2008.

The reason we had to use the term money is that we’ve been experimenting up until today. Humans require a method to effectively barter if we are going to tap into the productivity of society. However, to achieve a unit of account that we can verify with empirical data and a high level of precision has been a miss.

As the population scales, our previous attempts have proven to be a failure. Throughout history, money and the backing accounting system was anything we agreed on.

The last instance of money we settled on was fiat currency, paper claims backed by the faith of your government. We didn’t agree on one form but allowed regions to decide on their form of fiat currency. Some countries choose to excercise sovereignty and have local currency others maintain a currency from a colonial power.

Fiat currency has been the latest to take on the mantel of money, and as we see in its dying embers, it failed miserably to stand the test of time.

Good money will ALWAYS be tested.

If you are wondering why Bitcoin beats out fiat currency or any of the other digital tokens, then it will be its survivability. Money will always come under pressure, from governments, from citizens, from criminals, from nature, from time, from lack of resources, from corruption.

As you will see in real-time, these digital tokens will all come under pressure and will continue to fall one by one against Bitcoin. It’s not Bitcoin’s job to send these digital currencies to the grave; they will do the job all on their own.

As soon as you make the compromises that Bitcoin refused to take, you open up weaknesses that will lead to your demise in a competitive free market. People will naturally gravitate to the money that is perceived as the “safest” with time.

Bitcoin is playing the waiting game while all other money contenders eventually implode.

If we think of all the attributes we humans require from money, then Bitcoin is the one that passes with flying colours. All things considered, perhaps it’s time to stop referring to Bitcoin as money and to refer to money as Bitcoin.

South African bitcoin pleb falling down the rabbit hole and willing to share every bump, scratch and knock along the way
View more articles from this author
PrevPreviousConvincing Precoiners With The 1% Rule
NextBitcoin Reduces My Exposure To UncertaintyNext