What Is A Bitcoin CoinSwap?

Home » Articles » What Is A Bitcoin CoinSwap? 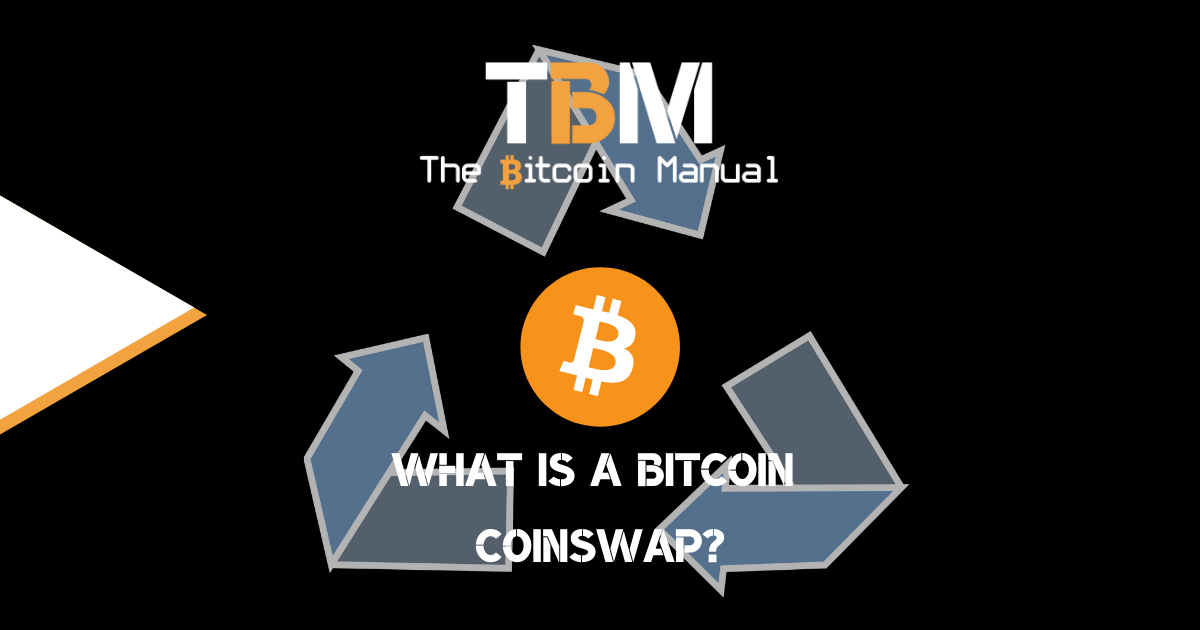 Using bitcoin means you’re conducting your business out in the open; when you transfer funds, every person with a node or access to a block explorer can track your transactions. They might not know what it all means or the extent of your transactions, but with some clever overlay tracking, chain analysis firms can quickly start to follow the breadcrumbs you leave on the bitcoin network.

We live in a data-driven world, and information has become as valuable as any commodity. All types of data can be collected and processed to be sold for profit and at the top of all data collection has to be financial data.

The exchange of value is what makes trade and modern life possible, but it has been historically governed by middlemen who watch over it all and extract their share at various intervals.

Bitcoin disintermediates these institutions like banks, payment providers and of course governments, and when you come after their revenue, they’re not exactly going to take it lying down.

The growing eyes of big brother on bitcoin

So you can imagine that if someone can offer institutions the ability to track bitcoin transactions and attribute it to individuals so they can be taxed or restricted, that information would become very valuable, and companies would race in to try and dox as many people as they can for a profit.

These spy tech companies promote the growing encroachment on financial privacy, deterring people from using bitcoin. So the need for the bitcoin network to evolve is evident; we now have so many data points outside the blockchain we cannot fully eliminate, so breaking ties within the blockchain is the name of the game when looking to improve privacy.

CoinJoins have been a popular medium, while other methods like stealth addresses and CoinSwaps have also been proposed to add new privacy tools to a bitcoiners kit.

What is a coinswap?

Coinswap is a separate protocol that allows two or more users to create a set of transactions that look like independent payments but actually swap their coins with each other, optionally making a payment in the process. Having the option to Coinswap when conducting a transaction improves the privacy of not just those coinswap users but all Bitcoin users, as anything that looks like a payment could have instead been a coinswap, no one could tell the difference looking at the on-chain data.

Coinswaps are often compared to coinjoins, but the two are different, and coinswaps have fewer restrictions on them than coinjoins.

From a technical standpoint, a key difference is that a coinjoin uses a single transaction, but a coinswap uses two or more transactions. Although it’s possible for a coinjoin to look like payment batching, they can be fairly easy to identify on-chain—and some Bitcoin exchanges have refused to accept coins that have a recent history of coinjoining.

Coinswaps look like payments, so they may be harder to discriminate against and blacklisted. Coinswaps may also be performed across different blockchains and side chains —often under the name atomic swap—but that’s not possible with a coinjoin.

To ensure that coinswaps either successfully swap funds or any unswapped funds are refunded, they need to use a locking mechanism such as an HTLC or a PTLC.

To clear out the technical talk and give you an easier understanding of how a CoinSwap works, let’s look at a simple example between two parties, Alice and Bob (A bitcoiners favourite guineapig).

At the end of this process, Alice and Bob will each control the same amount of bitcoin—minus the transaction fees—and will have superior privacy.

CoinSwaps avoid the correlation of quantities between its parts. If someone wants to change BTC, their transactions can be sent in several operations in order to break with that correlation scheme of operations and amounts. Adding additional doubt into the possession of coins means no analysis will be able to establish a relationship between our operations and our privacy improves.

CoinSwap presents several benefits as technology and protocol are applied to Bitcoin and used in conjunction with second-layer solutions.

CoinSwaps, like every other protocol, has its limitations, and it’s not perfect; it has several weaknesses, which would undermine privacy and even cause you to lose your funds.

CoinSwaps are an incredibly powerful privacy tool because they help break ties with addresses and UTXOs and provide an additional layer of anonymity. However, any additional level of anonymity comes with additional complexity that may turn away some users. Until technology like this becomes a default option within wallets, people will continue to consider privacy as a non-priority until it’s too late.

As the bitcoin privacy tech stack continues to improve, and we get more options, it will make chain analysis harder and reduce the ability of governments to issue outside control over touchpoints of the bitcoin network.

South African bitcoin pleb falling down the rabbit hole and willing to share every bump, scratch and knock along the way
View more articles from this author
PrevPreviousWhy Use A Bitcoin Wallet With Your Node
NextWhat Is A Bitcoin Stealth Address?Next