What Is A Bitcoin Stealth Address?

Home » Articles » What Is A Bitcoin Stealth Address? 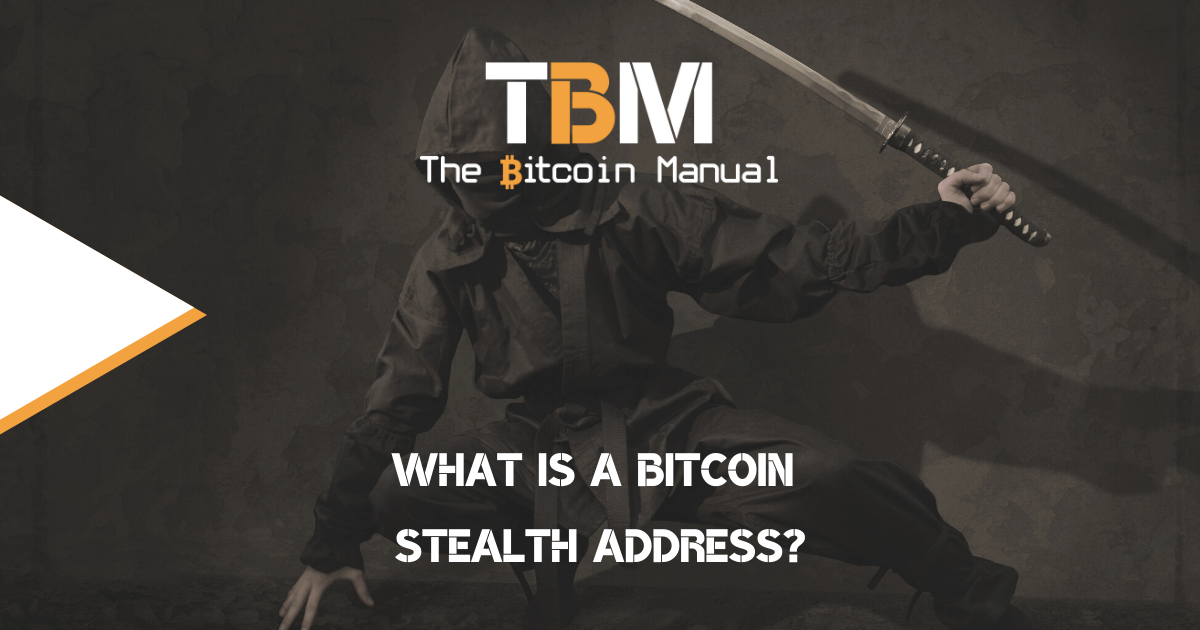 The birth of the world’s first open and public blockchain in the bitcoin network has started a financial revolution. The ability for anyone to transact value globally across a network without any limitations regarding participation in the network and transparent transactions is something we all need.

Using a public ledger comes with advantages auditing, verifying and traceability, but it also has its limitations and requires users to understand these limitations when using the network. The Bitcoin public ledger is “pseudo-anonymous” as addresses. This means the bitcoin network itself records no personally identifiable information, only a list of addresses and transactions.

That doesn’t mean you cannot be tracked, and third parties can easily use the bitcoin blockchain to connect transactions to users. If you’re transferring bitcoin from an exchange that has your KYC data or you’ve posted a bitcoin address on a public profile, that address is now a point of privacy failure.

Keeping your financial history and balances private is not only a “nice to have”, but it can be a security concern. You don’t want people knowing how much value you transact or how much is sitting in your account, do you? I know I don’t.

Many individuals such as myself and companies prefer to have an additional layer of security to keep their privacy; there are currently a few privacy techniques like avoiding address reuse, conjoins and coin mixers, but none are perfect by a long shot.

Adding more privacy to the bitcoin network is something developers are working on with wallets and side chains, and one solution proposed is the idea of stealth addresses a concept that has proposed back in 2014.

What is a stealth address?

As you can imagine, any protocol that breaks tracking heuristics becomes a big no-no in the eyes of authorities. So stealth addresses have faced scrutiny from regulators and tax authorities as non-public addresses can be used for illegal behaviour, including money laundering, the drug trade, and funding terrorist activity.

It’s also a reason why wallet providers may be apprehensive about adding these features to their stack, as it could draw heat from authorities.

However, other protocols and types of stealth addresses have been created over the years, which have included features that protect an individual’s privacy.

Despite the additional anonymity offered by stealth addresses, they do possess some disadvantages:

Malicious use of stealth addresses

If the public address of a user who engaged in malicious activity was known, it then becomes a straightforward task of tracking their transactions on the blockchain. However, if this user were to instead use stealth addresses, it becomes much more difficult to track.

In essence, the life of the user who is engaged in malicious activity is made easier by the use of stealth addresses.

In continuation to the point above, governments don’t like that value can be hidden, and with more trades happening on-chain, it means the ability to hide taxable events too.

When dealing with the proceeds of crime, it will make it harder to blacklist addresses or see where funds are moving from old blacklisted addresses. Since governments aren’t known for their nuance, they may simply blacklist all stealth address usage to keep people from using it and taint addresses of innocent people in the process.

This issue refers to how a blockchain-based protocol that has implemented stealth addresses discerns when a transaction has been made and to which user it belongs and ensure payment attribution.

If, for example, a website received thousands of single donations, each with their own randomly one-time generated addresses, it can be technologically challenging to “discover” these transactions and attribute them to a particular user.

As is the case with all privacy measures, the user is tasked with doing it and is not a method used by default, so it would take some learning on users part especially if there is no front end UX willing to provide the solution.

When you creating a transaction with additional complexity, it can also have lag issues depending on the networks capacity and transactions in the mempool. It could also be more expensive to conduct these transactions if they are not batched and this adds to the fees a user would pay to complete one.

An option around this could be to use second layer solutions with stealth addresses. There has been talk that stealth addresses are avialble on the Liquid Network, but no wallet provider has yet to take advantage of the feature yet.

Keeping your stack under wraps

Stealth addresses are an incredibly powerful privacy tool because they help break ties with addresses and UTXOs and provide an additional layer of anonymity. They protect users from having their account balance publicly viewable on a blockchain by generating one-time addresses; In contrast, for the individual, they can, through the use of a private view key, owners of a stealth address can then view all incoming transactions.

However, any additional level of anonymity comes with additional complexity that may turn away some users. While any improvements in privacy also benefit malicious users of the bitcoin network. Furthermore, there exist regulatory issues, technological challenges and cost implications in its implementation, which is why it has not been publicly promoted as a solution.