What Is A Bitcoin Coinjoin?

Home » Articles » What Is A Bitcoin Coinjoin? 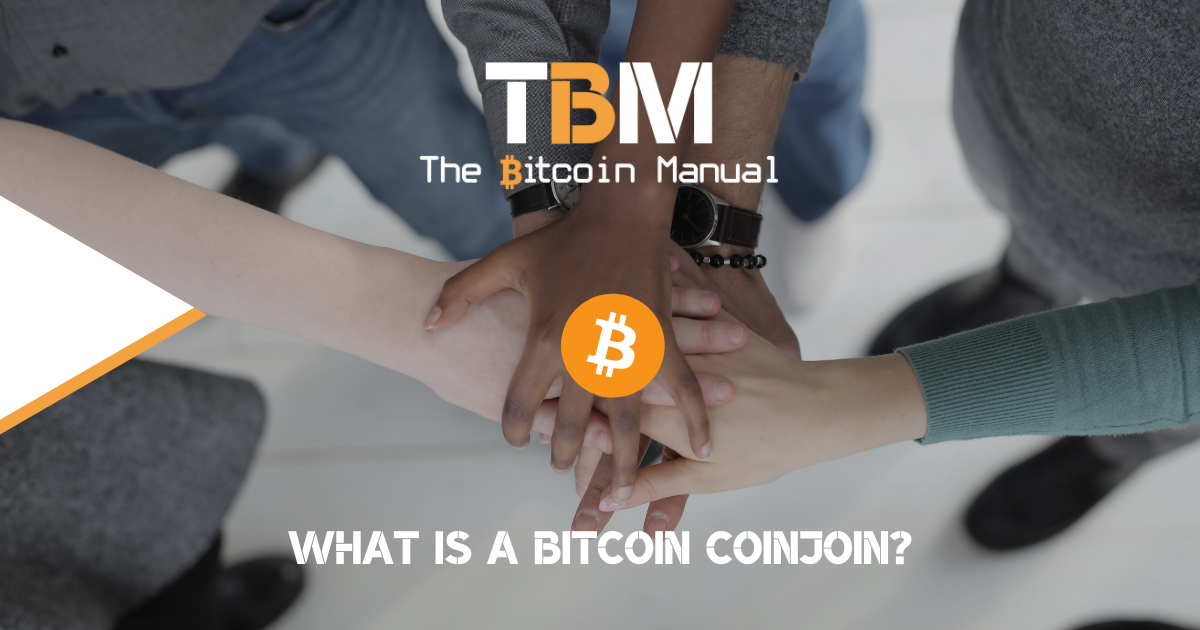 I feel like I am becoming the Uncle Ben of Bitcoin and constantly having to preach about the responsibility that comes with the incredible power of being your bank. The fiat system has made us complacent and weak in so many ways, as soft money tends to do, by destroying incentives and with it the ability and the need to be self-sufficient. Bitcoin gives us all the benefits of having full custody of your money, but it also brings all the responsibilities that come with managing your money in a private capacity.

Bitcoin is pseudonymous, so while your name might not be etched into the blockchain, your wallet addresses and transaction values are public information. It doesn’t take much searching for those wallet addresses to be tied to an identity. If you’re sharing and re-using the same address in a public space, you’re leaving a way for your Bitcoin holdings to be tracked by anyone in the general public.

If you’re buying Bitcoin on a KYC exchange, you’re leaving yourself open to being tracked by various government and financial institutions.

As your net worth continues to skyrocket with Bitcoins NGU technology, you need to be careful about the traces you leave on-chain. Do you want to have your wallet balances broadcast to institutions or the general public?

If so, that’s fine, but if you’re like me and would prefer to fly under the radar and not make a target for yourself. Then conjoining is a private practice that you should familiarise yourself with as you continue to stack sats.

What is a Bitcoin Coinjoin?

The CoinJoin concept was developed and introduced as a new layer of privacy to otherwise public Bitcoin transactions. The phrase was coined by Bitcoin developer Gregory Maxwell in an announcement thread on the Bitcoin Forum.

A Coinjoin is the first generation in privacy measures built on Bitcoin and allows users to batch transactions with other Bitcoin users. Suppose a user wants to implement CoinJoin in their Bitcoin transaction. They will need to find another user who also wants to mix coins, and together they initiate a joint transaction.

The address a bitcoin is sent from is referred to as an input. These multiple users send their coins to the input address, and the output mixes up the various UTXOs to not be tied back to the original owner.

How does a Bitcoin CoinJoin work?

A CoinJoin is a significant Bitcoin transaction that takes inputs from different Bitcoin users and returns many outputs of identical amounts. An observer cannot quickly determine which outputs belong to which of the participants.

The CoinJoin service provides increased privacy for bitcoin owners by breaking the heuristics used by chain analysis companies. CoinJoin transactions assist in obscuring ownership of specific pieces of bitcoin (UTXOs) by hiding them in a crowd of identical transactions.

What makes CoinJoins different from other coin mixing services is that it all happens on-chain and the CoinJoin operators never take custody of any funds. Users maintain control of their bitcoin at all times.

To construct a CoinJoin transaction, users cooperatively contribute inputs to a transaction and receive identical amounts of bitcoin as outputs, all in uniform amounts.

For a practical example, if five users send the following amounts of Bitcoin to a CoinJoin quantity of 1, 2, 3, 4, and 5 BTC,

So five inputs are totalling 15 BTC, going into the Coinjoin and then there will be 15 outputs of 1 BTC each sent to the various users. Since each input is the same amount, it is impossible to tell which 1 BTC outputs belong to which user.

Why is CoinJoin important in Bitcoin?

Bitcoin uses addresses, which work like a bank account where you can receive money without any risk. Still, with a high degree of transparency, anyone can follow transactions to any address with the help of their node or a block explore levering someone else node. You can freely observe the transactions carried out in this system from its beginnings in 2009 to the present.

As data is added to the chain and can never be changed, it leaves little room for mistakes, and as people carelessly share addresses and re-use the same addresses, they tie themselves to certain activities on the chain.

Remember that, although Bitcoin does not use personal data, it is possible to associate a particular address with a person or company.

So even if personal data is not disclosed initially, any slip up can allow any third party to follow specific addresses to see how the funds move or are managed in it—determining the transactional activity within the network and possibly exposing your holdings.

Remember, CoinJoins happen on-chain, so you’ll have to pay on-chain mining fees to obfuscate your transactions; depending on how large your holdings are, this seems like a small price to pay for additional layers of privacy.