Home » Articles » What Is A Point Time Lock Contract? 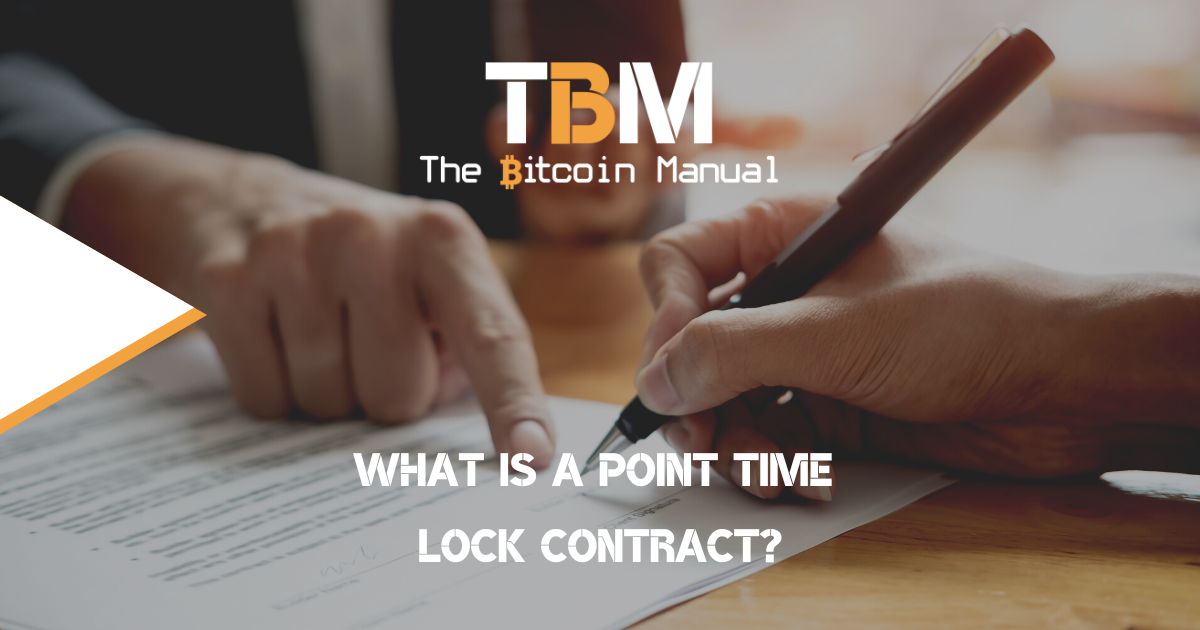 After the scaling debate for bitcoin has settled on the idea of side chains and parallel protocols, we’ve seen the emergence of alternative networks where bitcoin can operate without the constraints of the base chain; of these new environments, none more popular than the Lightning network.

Known as a bitcoin “second layer” because most of the action takes place off the blockchain, Lightning is being built with the purpose of being faster, cheaper and more scalable bitcoin payments, allowing for micropayments and even streaming payments. The network continues to grow and is functional, but it turns out that an important part of how Lightning channels work might need to be replaced with new technology to strengthen privacy.

Hashed Timelock Contracts (HTLCs) are an integral piece of the Lightning Network, making it possible to send payments without trusting anyone. Lightning v1.0 makes use of routed payments through payment channels which are enabled by Hashed Timelock Contracts (HTLCs). These contracts offer conditional payment that clearly states that two users with a channel can send funds to one another and verify this through the pre-image to a specified hash.

Now, developers are exploring replacing them with Point Timelock Contracts (otherwise known as “payment points” or PTLCs), which aim to improve on the foundation provided by HTLCs.

A Point Time-Locked Contract (PTLC) is a type of bitcoin transaction which locks bitcoin to a point on bitcoin’s elliptic curve. The outputs created by this transaction type are also time-locked, meaning they cannot be spent before a certain time, as denominated in UTC time or block height.

PTLCs are similar to Hashed Time Locked Contracts (HTLCs) but offer users improved privacy, reduction in the use of block space and fees, as well as bringing in enhanced feature sets. Due to these improvements, some implementations of Lightning and Lightning apps might consider moving to PTLCs and replacing HTLCs as the driving contract behind the Lightning Network and other off-chain protocols.

The reason why PTLCs haven’t seen much growth yet was due to it being reliant on the previous hard fork. PTLCs became accessible after Schnorr signatures had been implemented on bitcoin, which was bundled with the Taproot upgrade.

What are PTLC point locks?

PTLC point locks are locked using a public key (a point on Bitcoin’s elliptic curve) and unlocked by providing a corresponding signature from a satisfied signature adaptor. For a proposed schnorr signature construction, the key would be 32 bytes and the signature 64 bytes.

However, using either multiparty ECDSA or schnorr key aggregation and signing, the keys and signature can be combined with other keys and signatures needed to authorize any spend, allowing point locks to use zero bytes of distinct block space.

Each point lock can use different keys and signatures, so there is nothing about the point lock that correlates different payments either on-chain or when routed off-chain through surveillance nodes.

Improvements to the Lightning network

PTLCs are seen as a cornerstone for building new financial products and services based on the Lightning network, which will not only improve channel management but provide feature sets for Lightning-based apps too. Research on PTLCs has already begun with testing on how they can be integrated with new Bitcoin DeFi protocols like DLCs, same-chain coinswaps, cross-chain atomic swaps, and other contract protocols.

Once HTLCs are replaced with PTLCs on the Lightning Network, developers can make use of High AMPs to implement services like Barrier Escrows and multi-payment Lightning contracts.

Bitcoin and its incremental improvement

While crypto continues to move fast and break things, you’ll notice that bitcoin moves slowly and secures things. Bitcoin developers and contributors realise they are not building the next app for the masses that can be patched on the fly, and they won’t be too concerned with mishaps and downtime.

Bitcoin developers know that their improvements are going to have to be battled tested because they will be responsible for the world’s wealth, and that is not to be taken lightly.

Innovation is welcomed in bitcoin, but it should not be for the sake of innovation or innovation at all costs, which is why upgrade proposals in bitcoin take so much time; the ideas are often debated for years, and only the best and most practical additions make it to the code base be that in the core code base or in protocols built on top of bitcoin.

South African bitcoin pleb falling down the rabbit hole and willing to share every bump, scratch and knock along the way
View more articles from this author
PrevPreviousWhat Are Dormant Bitcoin Addresses?
NextWhat Is Faraday?Next