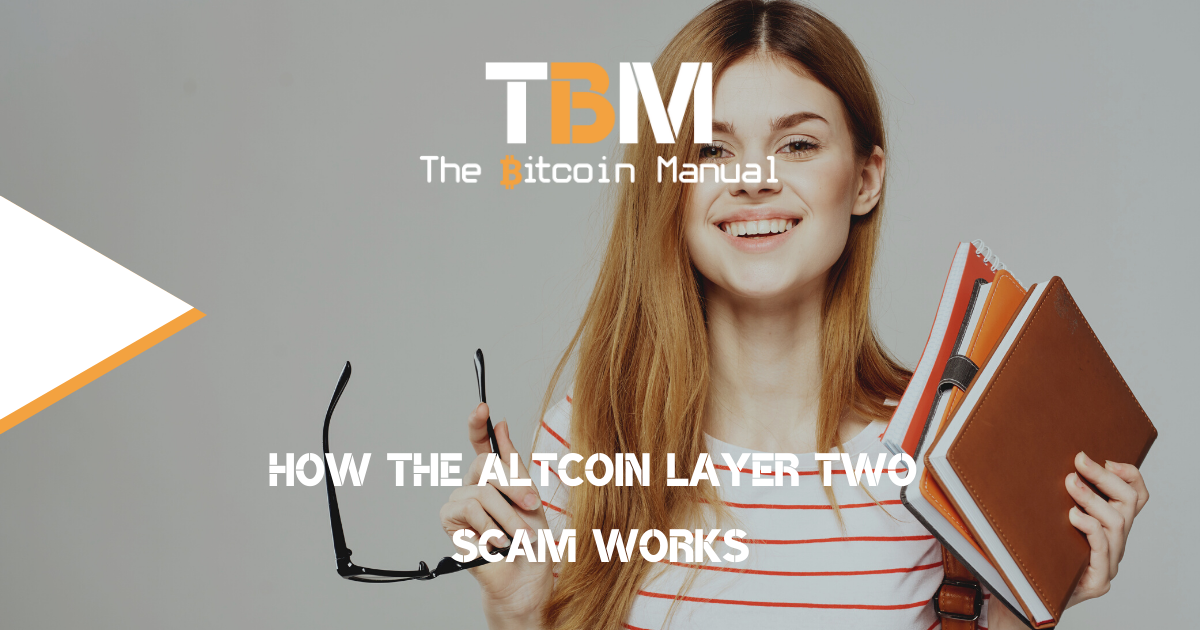 As the bitcoin market continued to grow, eventually scaling became a real problem, competition for blockspace was heating up, the mempool was filling up, and the cost to conduct a bitcoin transaction was on the rise. All bitcoin users were worried that if this trend continued, it would put a severe halt on the chain and make it unusable.

Proposals to increase bitcoin’s throughput started rolling in, but it eventually settled on scaling through layers. Once the SegWit soft fork rolled out and we had the building blocks for Lightning, we were off to the races and have not looked back since, with Lightning expanding throughput hundreds of times over, along with other sidechain options like the Liquid Network.

The altcoin enthusiasts, however, felt that throughput should be done on the base chain. They decided to ruin the underlying base, as we saw with Bitcoin Cash, the fork of bitcoin that decided big blocks were the way to go. Bitcoin Cash is now worth a fraction of bitcoin because the market deemed a layered solution a far better trade-off.

Once the other altcoin chains saw that they couldn’t compete with their centralised base chain output and Lightning offered a superior experience, the Layer Two wars came rolling around.

I find it hilarious that altcoins have admitted defeat after so many years of hearing that bitcoin cannot scale, and these altcoin base chains were better. After hearing how improving your main chain capacity should be the way to scaling and all the FUD around side chains.

Here we are seeing altcoins adding so-called layer two solutions. So, the altcoiners admit that bitcoiners were correct in settling on a layered approach. How do you reconcile attacking bitcoin’s solution to scaling and then opting for it yourself? The hypocrisy of the altcoin market knows no bounds, as is the case with the inflation of currencies and currency units.

How layer two works in bitcoin

In bitcoin, layer two solutions have different consensus models and trade-offs. Once you lock your bitcoin into a second layer, you’re leaving the safety of the base chain in exchange for speed and additional features in the second layer.

These second layers, however, have no native token or asset; to use these layers, you MUST lock bitcoin on the base chain. The locking mechanism is conducted through a multi-sig in the case of Liquid and a hashed time lock contract in the case of Lightning.

In either respect, once you’re done in the second layer, you always have the option of removing the block and settling back on the base chain. These series of locks help bitcoin retain its 21 million hard cap and ensure that there is no double-spending going on within the bitcoin network.

Layering on the complexity

In the altcoin world, however, an environment that is considered a layer two usually consists of a fork of the original chain, slapping a new native token on it for complexity and rent-seeking sake and allowing you to use compromisable means of minting assets across environments. These new environments are more like verticle networks you can migrate between rather than being a layered tech stack which is the case with bitcoin.

It’s more of a case where you move between competitive chains to try and achieve the rest you want while still trying to retain some semblance of the digital assets you already held. So instead of heading over to one chain and having to sell out from the other, you can buy their native token to pay gas fees and use a representative token like a wrapped bitcoin in the different environments.

These wrapped assets are either managed by a centralised custodian who facilitates minting across exchanges or uses “smart contract” bridges, which have proven not to be immune to double spending in the past.

These so-called altcoin layer solutions are no more similar to the remora chains that try to tether themselves to the bitcoin network loosely.

Altcoins are already centralised, if they wanted to improve throughput, they could continue to centralise and increase throughput to the point of the visa network, and users would be none the wiser. However, the more centralised it becomes, the more costs the centralised entity has to onboard to increase server capacity, and why would you want to do that when you can mimic the same environment, keep the costs low and extract more money from investors.

The idea behind the second layer tools is to off-load users to different environments, each with a certain LSM.

These environments are created to profile users, and once they are all neatly categorised in each box, you can find the most profitable way to exploit them. In some cases, it would be through fees; in other cases, it would be through inflation, and now that you have these walled gardens, you can create the ideal solution to rent seek off your users, so they don’t complain or “feel” the theft.

The difference is made purposefully to keep you from asking questions and investigating deeper; the more layers of complexity they can add to their operations, the less likely you’ll bother to investigate how you’re getting ripped off. You’ll stay on the surface level, trying to chase yield and hope for asset price appreciation rather than look behind the curtain to see how these environments extract value out of you.

The illusion of optionality also encourages users to continue to participate with the notion that if you don’t like the way we rob you in one environment, you can choose the rigged rules of another instead.

The altcoin grift is about weaponising inflation

Once you peel back the layers of the altcoin market, you’ll notice that it’s all variations on the same scam. It’s about having a mini central bank where you make the rules and benefit from the Cantillon effect. It’s the ability to profit from increasing inflation at no cost to you but at different rates. The selling of that inflation to unsuspecting users is the product; everything around it is simply designed to get you to buy more of their inflation.

Now there is a limit to users’ price sensitivity, so you can only sell them so much for a certain asset before they slow down their inflation purchasing. So you keep creating new assets with new rules at different prices and different issuance rates to give people the idea of optionality and that they are diversifying themselves when all you’re doing is attacking their wallet from a different angle.

Here is a great parody of the wolf of wall street, but applied to cryptocurrency to help illustrate the grift going on behind the scenes while retail investors protect and defend these scams with a form of shitcoin Stockholm syndrome.

Have you fallen for tokenomic tonics?

Yes, we all want to believe man is good, but man is only as good as the incentives placed in front of them. When theirs is the ability to rig the game in your favor, very few are going to turn down the opportunity, and this is the drive behind constantly spinning up your own central bank and printing more and more money.

Altcoins are an extension of financial engineering and the fiat system, it is the eventuality of a system constantly trying to self-correct through one method and one method alone, increasing inflation to centralise wealth, power, and decision making.

Bitcoin removes that temptation altogether by tethering the creation of units to an ever increasingly difficult and resource-intensive proof of work system. Now that we’re all playing the same game, it’s up to each of us to convince one another to part with our bitcoin for goods and services we might find more valuable than that amount of bitcoin attached to the purchase.

If you’re still in altcoins, you’re still locked into fiat incentives and delusion, it’s merely a watered-down commodified version of bitcoin to keep you in their system, to keep you on the hamster wheel, and to stop you from having the money they can’t create.

Salvage the situation with sats

If you’re reading this and find yourself in a position where you’re holding countless coins, hoping one is going to the moon and save you from your poor decision-making, I’m here to tell you it’s not too late to save yourself from this position. Chalk it off as a loss, lick your wounds, start doing your research while you unwind those positions that have liquidity back into bitcoin, and start to stack sats for the long term.

For those of you who have deleveraged from the altcoin market and realised you’re being played, what was that moment for you? Please feel free to share it in the comments below, we’re always keen to hear others’ token turnaround stories from around the globe.

South African bitcoin pleb falling down the rabbit hole and willing to share every bump, scratch and knock along the way
View more articles from this author
PrevPreviousWhat is the “Consolidation Phase” in Bitcoin?
NextWhat Is A Bitcoin Blow-Off Top?Next