What Is Bitcoin Dust?

Home » Articles » What Is Bitcoin Dust? 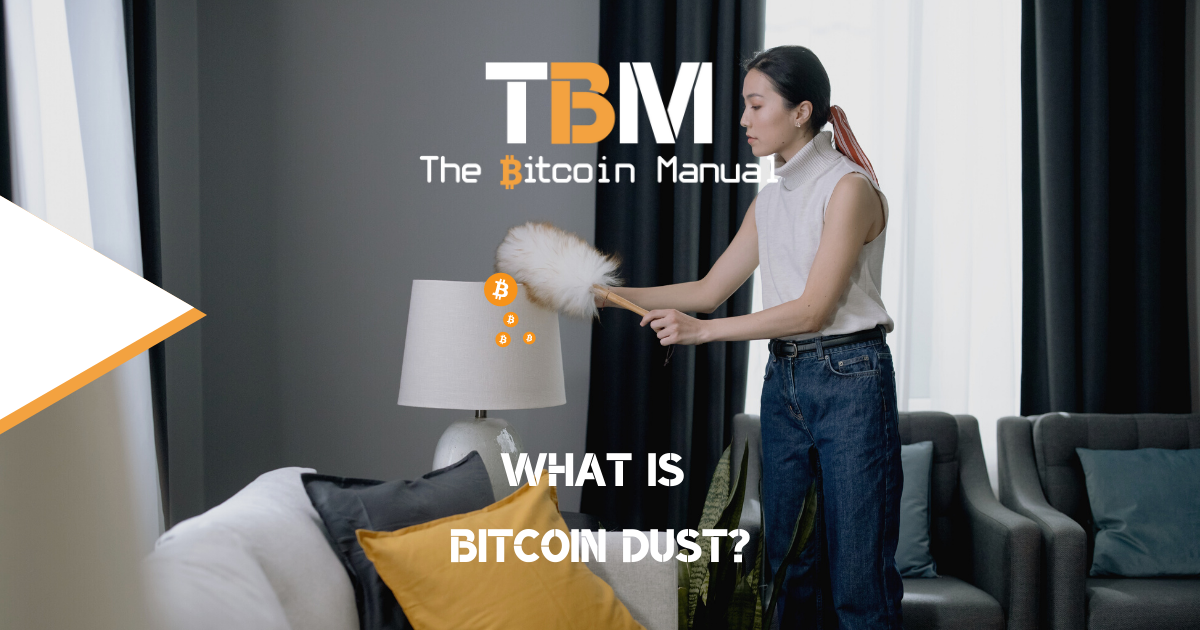 Bitcoin is the world’s first digital bearer asset, and when you have complete control over an investment or asset, it comes with exposure to specific kinks as part of the rules of the network.

Bitcoin can be divided into 100 million pieces, and with that level of granularity comes some pain points and a learning curve. If you’ve broken down UTXOs to spend and receive, you may have created a dust transaction.

If a user has one Bitcoin stored in one UTXO, it will cost less to transact it than one Bitcoin spread across 10 UTXOs of 0.1 bitcoin or 100 UTXOs of 0.01 bitcoin. When you get to a minimal number of bitcoin in a UTXO, the cost of recording the transaction on the blockchain will be greater than the value of the Bitcoin.

Imagine having a $100 bill in your pocket versus having $100 worth of pennies in your pocket, they are the same value, but one is considerably more laborious to use than the other.

In the past, dust wasn’t necessarily a problem for bitcoin users in the early days as the cost to move bitcoin was negligible. The story change as more users come online, and competition for block space pushes up fees, making smaller value transactions much more expensive to send.

What is bitcoin dust?

Bitcoin dust refers to the minimal amounts of bitcoin leftover or unspent in a transaction lower in value than the minimum limit of a valid transaction on the bitcoin base chain. Thus, processing the transaction is impossible, trapping a tiny amount of Bitcoin perhaps 0.00000012 BTC or 12 satoshis for you bitcoiners in a wallet or address.

During the creation of Bitcoin, Satoshi Nakamoto considered the possibility of possible Dos attacks and spam. To protect the network, he added the idea of fee payment. Mining fees or network fees are commissions that users pay to use the network in order to incentivise the work of miners.

Among these protections, there was one in particular that took care that the transactions were large enough to guarantee the payment of the transmission and verification fee in the network. This was the first protection against dust in Bitcoin.

In the source code Released by Nakamoto, within the main function of Bitcoin, was the function GetMinFee. This function is responsible for ensuring the minimum fees for each transaction.

Transaction fee requirements, only primarily necessary to control overflow. Below 10K (about 80 entries) is free for the first 100 transactions. The base rate is 0.01 per KB.

What is a dust limit?

Dust is merely a term for small amounts of bitcoin; you have it in your wallet; it’s yours as those funds are attributed to your private key. However, the value is so tiny it’s currently unusable and unspendable.

An address with fewer satoshis than the amount needed to use the network is below the dust limit. This transaction fee can vary with the market’s use and avialable block space. Therefore, the dust limit changes with the popularity of the network and the token’s current price.

It also depends on the type of transaction you’re performing and if you’re using your node or a hosted node.

For example, when you use a wallet with a hosted node, they usually set a Bitcoin dust limit of 546 sats (0.00000546 BTC, or roughly 7 cents), this is not a fixed rule, simply an example of limitations placed on your access to the bitcoin network by wallet providers.

Can you receive bitcoin dust without doing anything?

Yes, it’s possible to receive bitcoin dust without doing anything. Dustings are not always malicious; in the past, when bitcoin block space wasn’t under pressure, it was used to send messages to bitcoin wallets.

As the cost of a bitcoin transaction grew, this use case fell away.

Another reason for using dust transactions is a dusting attack or just dusting. A dusting attack is a privacy doxing attack. Dust is sent to many addresses, usually tens of thousands, to track payments and connect them to a business or individuals as part of their UTXO set.

The size of the bitcoin dust problem

A sizable chunk of change will only grow in value should the bitcoin price continue to increase.

If you are a bitcoin address holder of dust, you may be frustrated and throw away the wallet, leading to more lost coins and reducing the overall supply. If you’re a Bitcoin maximalist, who believes those satoshis will continue to appreciate in value, you’ll hold on to that wallet. In future, you could use that UTXO as part of a joint transaction like a PayJoin, dual funded channels, or establish a lightning channel and unlock those sats for future use.

Breaking out the dustbuster for some sat spring cleaning

If dust is driving you up the wall and you have no sense of low time preference and want to eliminate it, there is a way to “consolidate” all their dust “transaction outputs” into one. That means sending one transaction that effectively lumps them together.

Advanced bitcoin wallets like Electrum, allow a user to select several “change addresses” holding dust, then select the “send from” button to create one transaction consolidating all these little dust particles into a single transaction output.

Some wallets might not offer this granular level of control, so you’ll need to inquire which bitcoin wallet you prefer. So you can use and restore your keys with that wallet to create the consolidation transaction output.

South African bitcoin pleb falling down the rabbit hole and willing to share every bump, scratch and knock along the way
View more articles from this author
PrevPreviousLightning Labs Adds Multi-Asset Support To LND With Taro
NextWhat Is A Bitcoin Flash Crash?Next