What Are Cashu Mints?

Home » Articles » What Are Cashu Mints? 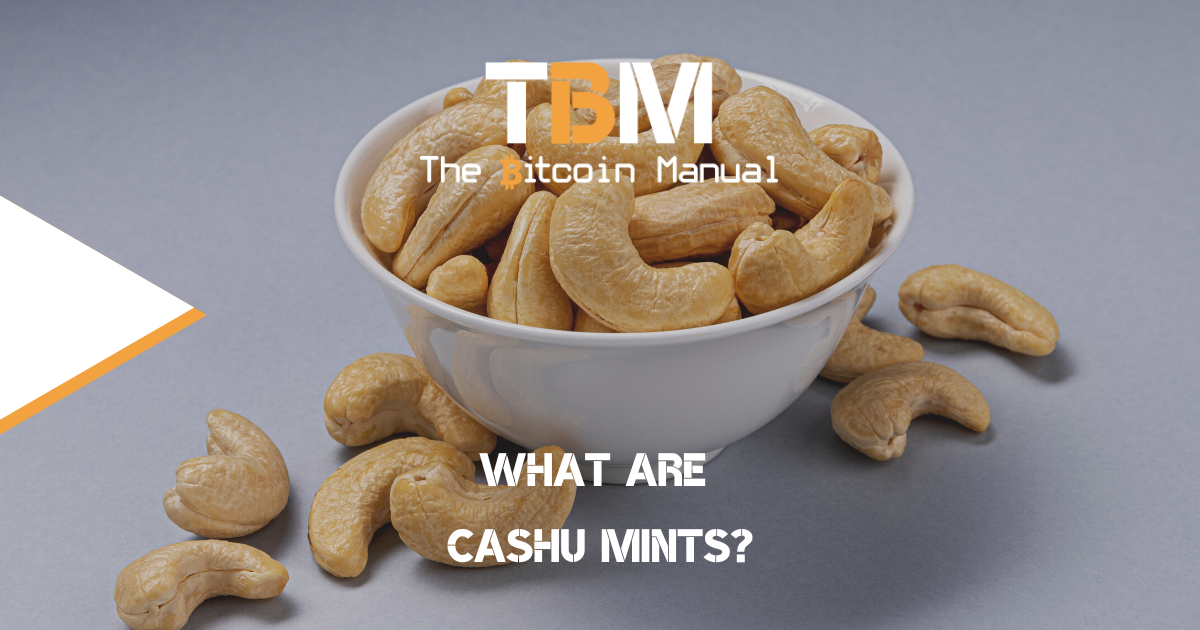 The acceptance of bitcoin’s limitations on the base layer and the need for it to remain as decentralised as possible has driven a layered scaling approach; today, we have working second layers like the Liquid Network and Lightning Network, which has assisted in adoption for the network as a whole. Taking certain use cases off the base chain allows for more optimised use of block space and provides environments dedicated to solving certain issues.

The Lightning Network, however, is by far the most adopted of the two scaling solutions as it’s built for micropayments with a meager cost and instant settlement. As you can imagine, these unique selling points are extremely attractive to the average user.

While offering faster and cheaper transactions is great. It doesn’t come without trade-offs and managing a Lightning node is easier said than done. Today many people using Lightning are using custodial services and third party nodes, which is a central point of attack. If a wallet provider is pressured by regulators, it could be forced to hand over customer data, limit redemptions or even shut down and seize funds.

No one using Lightning in a custodial wallet should hold any large balance to begin with and should only keep amounts that wouldn’t be too painful to lose. But that isn’t a long-term solution, more a risk management strategy.

To help overcome the custodial use of Lightning, the latest iteration of Ecash, Federated Ecash proposes a possible solution. It takes the original concept but applies it to be utilised by custodial (or shared custodial) Bitcoin and Lightning wallets.

In summary, a Federated Ecash service would accept bitcoin deposits, and exchange them for bitcoin-denominated Ecash tokens. These tokens can be sent to other users, and ultimately redeemed for the deposited bitcoin.

This bitcoin would, in the meantime, be locked up in a multi-sig address shared between a set of custodians, reducing the central point of failure and improving privacy.

What are Chaumian eCash mints?

Chaumian mints, are a sort of digital community bank, that uses blind signatures to allow anyone who runs the protocol and accompanying software to create a walled garden with bitcoin as the underpinning of value inside the system. Users can deposit and withdraw funds from the mint to the bitcoin base chain or second-layer solutions, and once funds are placed in the mint, they can be used to transact with different mint users.

Federated blind mints offer privacy, scaling, and security properties highly complementary to users of Bitcoin and the Lightning Network. Since anyone can set up a mint or support a mint, users have complete freedom to find the mints with the best reputation or use a local mint where they can engage with the custody members personally.

Federated mints are an ideal solution for local communities where members could spin up a mint and allow community members to deposit funds and pay anyone who has a wallet connected to the mint. A couple of projects using this method have sprung up in the last year, namely FediMint and Cashu.

Cashu is a new Chaumian Ecash system built with bitcoin Lightning capabilities. Running the Cashu protocol allows a node to create a Mint funded with bitcoin on the Lightning network and create an environment where mint members can transact with one another without the Mint runner to monitor the users’ transactions. Cashu is a way to improve privacy in bitcoin custody by using Chaumian Ecash and is an upgrade on the current custodial Lightning model.

A classical custodial wallet provider (for example Wallet of Satoshi) knows how much money you have and who you’re transacting with. Unlike custodial services an eCash Mint like Cashu, you cannot track your transactions.

The purpose of CashuBTC is not only to be a simple-to-use wallet and mint that can be run by everyone but to become a simple library that can be integrated into existing bitcoin apps to provide optionality to users and Lightning-based businesses.

The long-term mission of Cashu is to blind all custodians and users to ensure privacy when leveraging third-party services instead of having to manage a Lightning node yourself, which can be an onerous task for the average user.

How to create a Cashu Mint?

To create a Cashu mint, you will need to have the following setup already:

Once you’re up and running, open up LN bits and enable the ECashu extension. Once that’s set up, follow the mint creation process and assign a Lightning wallet that will manage the sending and receiving of deposits into the mint.

After the mint is created and funded, you can create a wallet for others to interact with your mint. They can peg in and out of the mint or pay other users inside the mint based on the balance they hold with you.

To give you an idea of what you can do with a Cashu mint, check out this tutorial by Ben Arc.

If you want to learn more about Cashu mints, use this article as a jumping-off point and don’t trust what we say as the final say. Take the time to research, check out their official resources below or review other articles and videos tackling the topic.

Do you have self-custody of your bitcoin? Which method of self-custody are you using? Do you have a hot wallet, cold storage, or run your own node? Have you helped others with their self-custody or act as a custodian for your family and friends? What do you think of Chaumian mints?

PrevPreviousHow To Get Wrecked Trading Bitcoin
NextWhat Is GBTC?Next