Home » Articles » What Is FediMint? 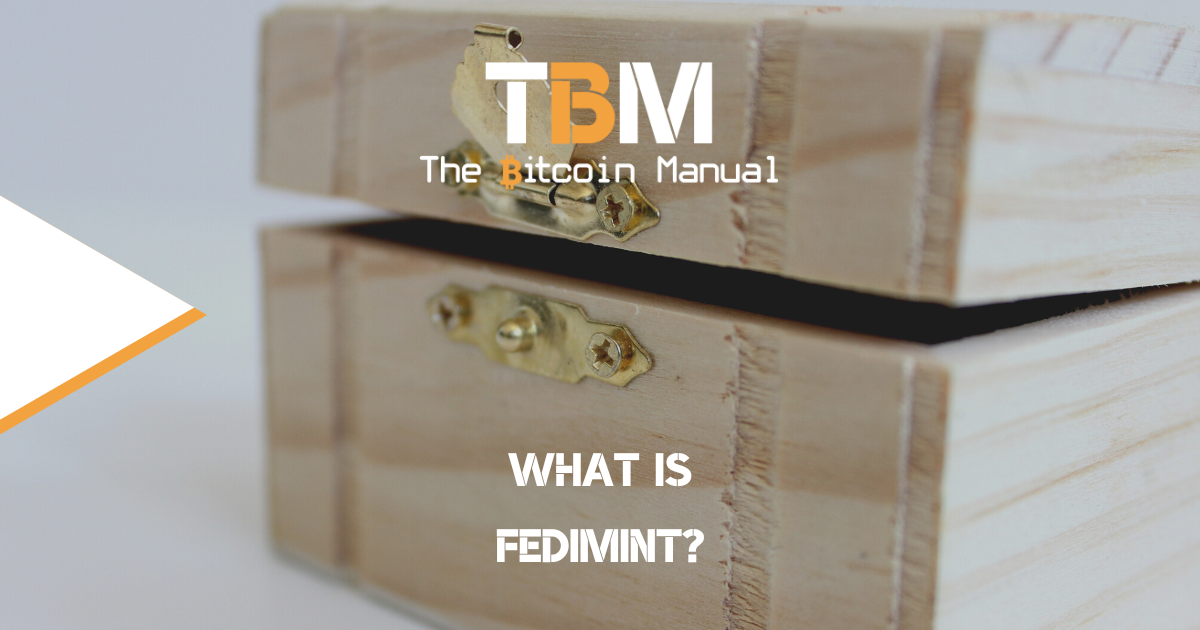 Self-custody is one of bitcoin’s killer applications, but many users are not taking advantage of it, either through fear, lack of knowledge, or limitations to access hardware or software. Having the ability, if you choose to, take complete ownership of your funds is a unique aspect in a world where most of our assets have some third-party custodial risk or rely on trust. Bitcoin users don’t rely on trust but on the ability to verify their keys have access to the funds in a certain wallet.

While a lot of work has been done in making affordable hardware wallets, to keep node requirements affordable, and to make user interfaces easier to use for the average person, penetration in the market has not yet been able to scale with bitcoin users, let alone the global population. Many holders of bitcoin still use custodial wallets or exchanges as they either don’t know about self-custody or don’t feel ready to self custody.

Either way, they are taking third-party risk with institutions that can be shut down or go bankrupt and leave you with the bill. One method proposed to help scale bitcoin self-custody and reduce third-party risk is the idea of federated mint structures like FediMint.

FediMint is a community custody protocol aimed at lowering the barrier to entry for self-custody and driving the scale of use away from exchanges and towards direct interaction with the Bitcoin network. Making it easier to access funds in a permissionless manner, de-risk individuals from third-party exposure and fractional reserve banking in bitcoin and bringing these options to billion of users, especially those with resource constraints, as is the case in the global south.

What is a Federated Mint?

In a federated mint, the required trust is split over multiple parties. It employs a consensus algorithm and threshold cryptography to guarantee safety and availability even when some parties are compromised.

In simple terms, if the participants are sufficiently distributed, not even a nation-state-level attacker can harm the federation because the ownership of the federation is so decentralised it’s hard to stop everyone with access.

FediMint can be run anonymously and also becomes much more attractive since there is no single party anymore that could run away with the backing funds.

When individuals send bitcoin to these federated mints they receive Ecash tokens that represent different denominations of sats. In return, they can then send these within the mint to other users with a high degree of privacy. Once users are inside the federation and transacting with Ecash tokens, federation members do not know who is transacting with whom. This is a very creative way to give end users better privacy while creating an environment in which bitcoin can scale to billions of people.

Why is FediMint important to the current bitcoin stack

FediMint expands the design landscape for those looking to build unique experiences on bitcoin without having to make changes at the protocol level. We all know that bitcoin is hard to change on the base layer by design and is meant to scale in interoperability layers. We have layers in the form of the Lightning Network for micropayments and the Liquid Network for 3rd party assets, tokenisation and arbitrage trading.

In the future, we will have more layers, and FediMint aims to be part of that stack by adding badly needed privacy tools to bitcoin users worldwide, particularly to those living under repressive regimes who desperately need the cover of transaction privacy to reduce the chances of being persecuted.

It also provides better custody assurances compared to centralised exchanges, helping to nudge users down the path toward full-fledged self-custody.

You can call it “second-party” custody, for lack of a better term.

Instead of trusting an institution to wallet provider, you’re trusting friends, family or community leaders. In this case, guardians are the technologically-strongest members of the tribe, who run Fedimint servers and provide trusted services to everyone else.

For certain groups, it might be an agreed set of community leaders; some may require guardians that live in the diaspora and others might prefer family. Fedimints upgrade the Bitcoin experience philosophically, structurally and technically through second-party custody, the group-guardian model and multi-sig.

Concerning recoverability, it’s possible for Fedimint users to back up their funds with a seed phrase, just like via a Bitcoin wallet. Bitcoin keys begin with 12 then 24 words written down on a piece of paper, where one’s finances are physically vulnerable and not materialised.

If a user is part of a community Fedimint, run by people they know, they can elect to have their mobile app encrypt a backup to Fedimint selected guardians. If the user ever loses their phone, wallet or signing device, they can go to a quorum of guardians, who can begin a recovery process, and return the funds.

Fedimint can act as a catch-all for users who are not ready to take full custody and are still learning to find their feet with bitcoin.

If you want to learn more about FediMint, use this article as a jumping-off point and don’t trust what we say as the final say. Take the time to research, check out their official resources below or review other articles and podcasts tackling the topic.

Do you have self-custody of your bitcoin? Which method of self-custody are you using? Do you have a hot wallet, cold storage, or run your own node? Have you helped others with their self-custody or act as a custodian for your family and friends? What do you think of FediMint? Let us know in the comments below.

South African bitcoin pleb falling down the rabbit hole and willing to share every bump, scratch and knock along the way
View more articles from this author
PrevPreviousBitcoin App: StakWork
NextWhat Is A Bitcoin Derivation Path?Next