What Is Merged Mining?

Home » Articles » What Is Merged Mining? 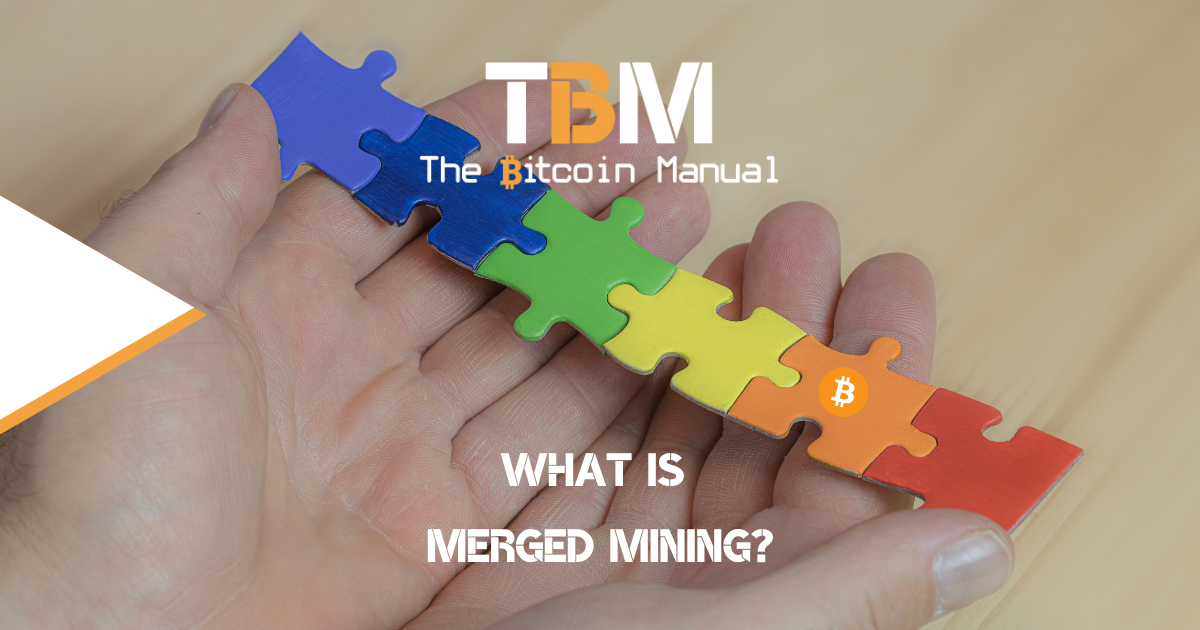 Bitcoin mining is by far the most popular digital asset to mine. If we look at mining by active miners, mining pools, and resources, other coins pale in comparison. The trend doesn’t look like it will be reverted anytime soon as bitcoin’s network growth attracts more miners and resources.

For other chains to stand a chance in competing for these proof of work resources, we’ve seen many try to piggyback off of bitcoin’s infrastructure or combine themselves to try and keep miners in their stable.

The ability to mine more than one coin with your mining set-up is referred to as merged mining.

What is merged mining?

Merged mining is a cryptographic mining operation where proof of work and hash rate is submitted to more than one blockchain network at the same time. The same mining activity used to solve blocks and add transactions to one blockchain can be simultaneously used to complete the same task for another blockchain.

Mining for more than one blockchain does not affect the performance of mining equipment. Merged mining instead offers a sort of “two-for-one” arrangement. Instead of competing for resources, they use the same resources, but the solution for the block reward and fees is different. Miners can compete to claim block rewards from more than one network without dividing their total mining capacity between the two networks.

Considerations when opting for merged mining

Another potential problem with regular merge mining is that validation costs in a child chain could be prohibitively expensive (for example, due to large block sizes), which could cause mining centralisation in the parent chain.

If we consider the most popular merged mining combinations, the common way seems to be far more popular than blind merge mining.

What are examples of merged mining?

The first time we saw a merged mining project was back in 2014. When namecoin was launched back in the day, most coins were simple forks of bitcoin. Since both use the SHA-256 mining algorithm, namecoin bootstrapped itself by attaching to the bitcoin mining ecosystem.

Rootstock or RSK is a remora chain and smart contract platform that leverages the bitcoin network for its security. RSK implements the same SHA-256 algorithm making the combination of the Bitcoin network and the platform RSK possible.

Other shitcoin merge mining options include Elastos, Vcash and Syscoin

Veriblock is another remora chain but it can be considered as a blind merge mining scheme. Its usage of Bitcoin blockspace makes the mechanism somewhat controversial due to its  Proof-of-Proof protocol.

Why do miners opt for merged mining?

Bitcoin mining is a ruthlessly capitalistic system where no favours are given. You compete with every miner on the planet for newly minted bitcoin and a slice of the fee pie.

As more hash power comes online, it becomes harder to mine; you need to either find cheaper energy, get more out of your firmware and hardware, improve your operations or cut your cost basis, or offset your cost basis.

We’ve seen miners start auxiliary businesses using their mining heat for horticulture and heating to help create additional forms of income, income that allows them to hold on to their bitcoin.

Merged mining is simply another option for miners to generate an income and remain competitive.

In bitcoin, as new miners come online and provide hash rate and others fall off, reducing hash rate, the network evaluates this growth or decline. Every two weeks, the difficulty of finding a block increases or decreases relative to the networks hashing power. Inevitable increases in difficulty can become an issue for smaller miners who now fall into an unprofitable mining position.

They can try to hold on and see if the network readjusts or offset their lack of income with a merged mining operation where their hash power can secure an income to smooth out the loss of their portion of bitcoin.

If you’re a large mining operation, you can always raise capital through the debt markets, selling off the equity, or securitising your hash rate, so you have fiat to run your operations and have less need to sell your bitcoin holdings.

However, small operations may not have that luxury, for them merged mining can be a way to generate an additional income they can turn into fiat to cover expenses and retain their bitcoin position longer.

The longer the miner can hold their bitcoin, in theory, if it appreciates, they need to sell less of their stake to cover funds.

Certain merged miners who run profitable operations in bitcoin could become non-economic actors; they are not concerned with extracting more fiat or bitcoin from their additional alternative blockchain tokens. Instead, they dump their allocations indiscriminately, flooding the market with supply and driving down the token price.

This helps drain shitcoins of liquidity and can even drive away future liquidity as people chasing yield look elsewhere.

Bitcoin mining may have kicked off the race for computing power, but getting the equipment to your location or finding reliable and cost-efficient energy becomes harder as competition increases.

To remain in competition for those sweet non-KYC satoshis, smaller miners will have to try and get more juice for their squeeze, and merged mining can be a way to achieve that.

Are you considering merged mining or are you already mining multiple coins?

Let us know how it’s been going in the comments below.

We’re always keen to hear about miner setups and how they get the most out of the energy used, and how to run an optimised operation.

South African bitcoin pleb falling down the rabbit hole and willing to share every bump, scratch and knock along the way
View more articles from this author
PrevPreviousWhat Are Honeypot Shitcoins?
NextBitcoin Gaming: Bitcoin Miner (Simulator)Next