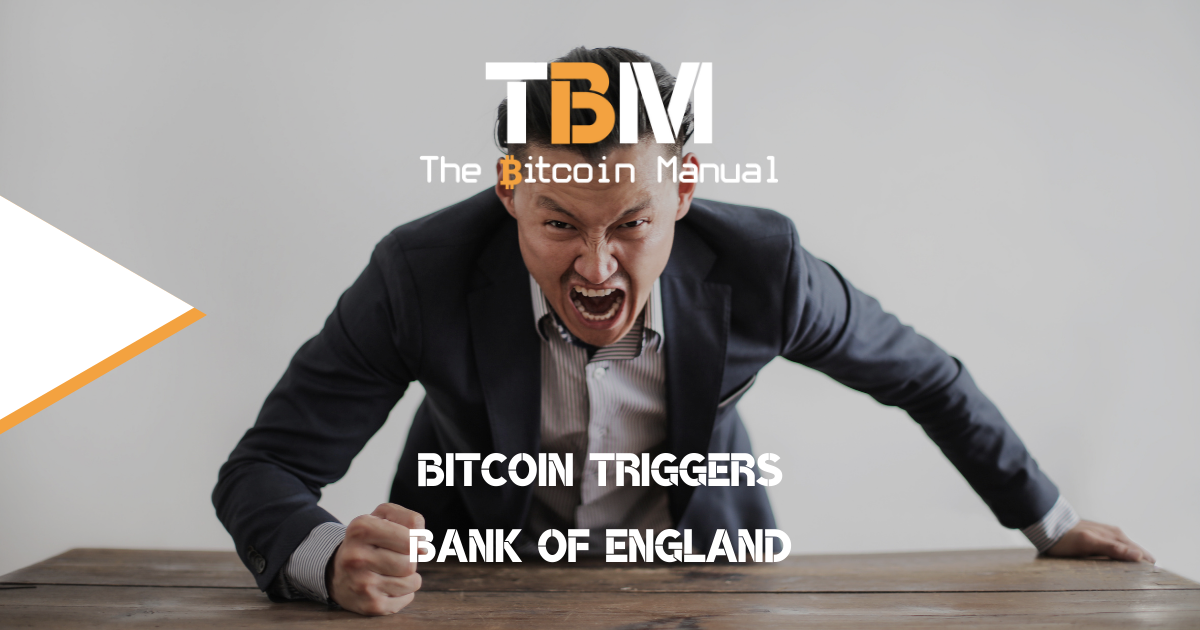 I’ve written previously about not falling for clickbait titles but misleading tripe like this from “mainstream outlets” really grinds my gears. This is because it’s designed to make you panic and then you build trust in these sources, hinging on every word they say.

Critical thinking is a skill that these media outlets don’t want you to use but I will break down just how misleading this one article is.

I’m not saying I’m not biased about Bitcoin. After all, I’m writing an article here on The Bitcoin Manual to help spread the word about it from a normal person’s perspective.

However, living through the last 4 years, falling in to the traps that these FUD (Fear, Uncertainty, Doubt) articles are designed to push you in to and coming out the other side… I can’t sit by idly and not shed some orange light on this.

Bitcoin Is Doing What It’s Designed To Do

At its simplest level, all Bitcoin does is record the entire transaction history between Bitcoin wallets every 10 minutes. There isn’t a single entity that owns this transaction history as there are various computer programs that anyone across the world can start up. This means that it can’t be manipulated nor is there a single point of failure.

There will only be ~21 million Bitcoins which is set by the protocol and the rate of creation of new coins is set in stone.

In other words, Bitcoin is a technology that is doing exactly what it was programmed to do and has been doing it since it came in to existence in January 2009.

With that overview of Bitcoin, you can see how the Bank of England (and indeed, any bank in any country) can be triggered by Bitcoin. It kinda makes them redundant because you can just send Bitcoin to another address across the world without them being involved and they can’t control the already programmed money schedule.

Let’s go back to that article.

What it goes on to say is that the risk comes from when people take out loans to buy Bitcoin that they can’t afford to pay back.

But what does that have to do with Bitcoin given that Bitcoin is just a public list of transactions across the Bitcoin network?

It has everything to do with the insatiable appetite of greed and people not being able to control themselves. All the talk of regulation is around exchanges and services they provide that allow people to take out loans or leverage to buy Bitcoin (and shitcoins). This is where people get “rekt” because they are in way over their head and we see sudden large price movements.

However, if you have a plan on how you are going to invest or save in Bitcoin then clickbait articles like the one from the Guardian shouldn’t concern you. In fact, for me, it gives me even more conviction with my choice to save my hard earned money in something that I know exactly how it works!

2008 Crash Was Before Bitcoin

In July 2008, I had just finished my undergraduate degree along with a lot of others and we were all excited about joining the workforce in our budding young careers. How the landscape changed for all of us a couple of months later…

The “credit crunch” happened in September 2008 due to an accumulative effect of people across the world being allowed to borrow too much and not paying back loans. This lead to banks defaulting and, ironically, declaring bankruptcy.

This happened over the course of a few years, possibly from 2005 but could be from 2003. What happened after was an intense injection of money in to the system to keep this fiat system running – you may remember “bail-outs”.

Later on, some countries announced “bail-ins” and in July 2021, Bank of England themselves sent out templates to banks on how to roll out bail-ins… you know, just in case! Bail-ins are where banks will take your money that you’ve deposited and use it to keep them afloat. Not sure about you but that sounds like a raw deal!

Shenanigans like this are exactly why Bitcoin was created in the first place. For everyday people like you and me, this assurance of a new money system that can’t be altered and everything about it is public, verifiably and known should give you hope that there is an alternative.

You can also self-custody your Bitcoin so literally no-one can take them away from you unless you decide to be silly and dox yourself.

For me, it’s a no brainer to move out of this fiat system which seems unrelenting in its pursuit of ruining our savings and taking away our purchasing power that we’ve worked hard for. I choose to move in to Bitcoin but not in a way that’s going to put me in danger by taking loans and using leverage.

If you still believe in fiat and what the central banks and mainstream media are telling you about Bitcoin, I wish you good luck but I’d watch what these guys are doing, not what they are saying… you might be surprised!

British bitcoin pleb falling down the rabbit hole and willing to share every bump, scratch and knock along the way
View more articles from this author
PrevPreviousHow To Give Bitcoin As A Gift
NextWhat Is Backing Bitcoin?Next