Why Bitcoin Suddenly Drops In Price 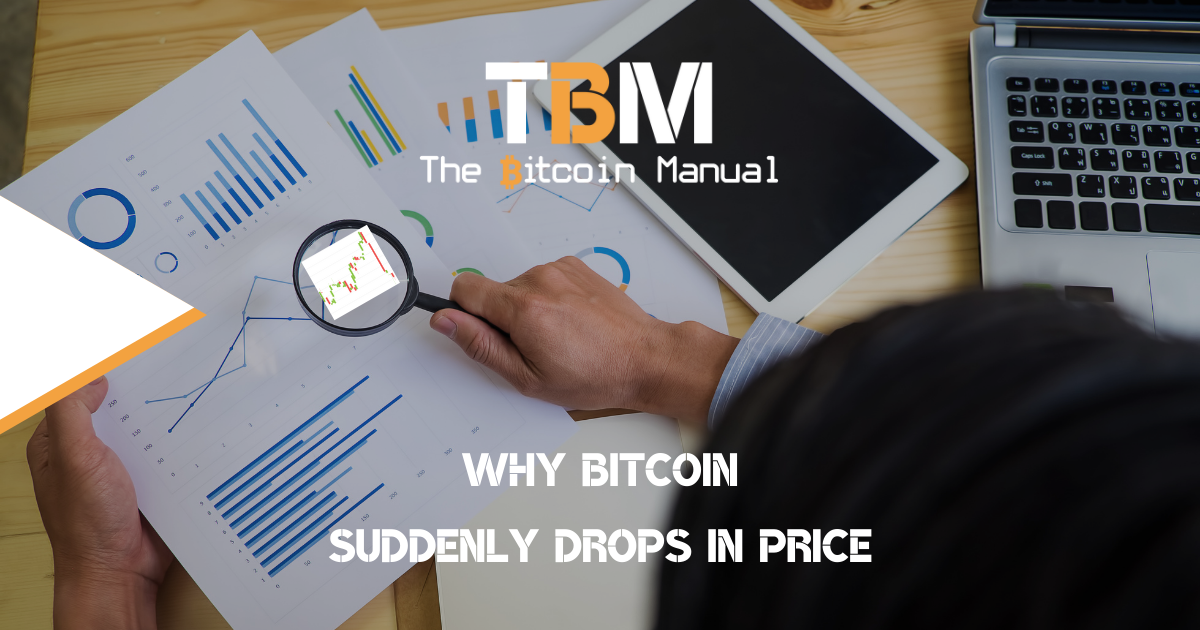 You’ve all seen the FUD (Fear, Uncertainty, Doubt) from the mainstream media about Bitcoin’s volatility over the years but when you know why it happens, you can use it to your advantage to stack some really cheap sats.

I’ve been digging a little bit in to these sharp drawdowns over the last few months and it’s really not that complicated to deal with when you just adopt a little bit of patience.

Bear in mind, this is not a scientific study and I’m not an economist, trader or financial advisor. I’m just a normal bloke saving in sats and sharing what I do to make the most of these sudden crashes to add to my stack.

Some exchanges offer customers the ability to leverage their Bitcoin so they can make bets on its future price. It’s a similar principle to a mortgage in the sense that you are borrowing 4-5x what you initially put down for a deposit to buy a house. The difference is that you are using Bitcoin as your deposit and you can borrow up to 100x on some exchanges, which is nuts!

I don’t get involved with this side of acquiring Bitcoin so this is my high level understanding of it all.

If your bet pays off, then you will have scored some sweet sats but if the price falls below or rises above a certain point set by your bet, your Bitcoin deposit gets liquidated, i.e. sold on the spot market instantly. Sounds like my worst nightmare!

What the whales i.e. those with deep pockets, want to do is always acquire more BTC on the cheap. They check to see what the state of play is with regards to leveraged traders betting on prices and because they can move the price a lot (more than our small DCA amounts ever will), they capitalise on this.

If leveraged traders are all piling in at a certain price then the whales will also use leverage themselves to make their own bet. Except they will start betting on a lower price.

Then they start dumping BTC, which brings down the price to a certain point. Once this price point is reached, it triggers the liquidation of those overleveraged traders.

When the first liquidations happen, you usually get multiple, subsequent liquidation events occurring simultaneously as the price drops further with each BTC getting dumped on the market. It turns in to a complete cascade and this is what you see when Bitcoin’s price suddenly drops in the blink of an eye.

It’s very important to note that this all happens automatically! People aren’t sitting at their computers and manually dumping in mass unison out of panic. It’s just part of the clause they signed up to when using the leverage service.

Then you will often see FUD news articles after these liquidation events that will shake out the remaining weak hands. This drives a slightly more organic selling period which spans a slightly longer time frame than 10 minutes.

Sometimes the FUD will come a day or two before a huge liquidation event. This is when I know that something is about to go down and you can “leverage” this knowledge of the leveraged traders to your advantage.

I tend to zoom out maybe 3 months on the price chart to see if there have been any sharp drops in price (this is that thin red bit on the charts called a “wick”) and have a look where it last touched.

If the price had continued up above that price point since the last wick and not come back down again, I’m thinking in my head that there is another wick down coming. So I’ll set a buy order on an exchange just above that last wick price point and wait to see if it hits.

This is the wild west but some things are still predictable such as an insatiable appetite for greed. It’s human nature and people will take a gamble to get rich quick. I’d know, I fell in to the same trap during my dark shitcoining phase!

Once I reversed my wiring and thought process, the solution was actually quite simple.

Set buy orders just above the previous price of the last wick down. Wait. Happy cheap sats! Just got to be patient in this game but that’s easier said than done!

Bitcoin Is Still The Same

It always makes me wryly smile when I see the media fan fare going off with a host of negative articles. Then you see politicians and central banks come out of the woodwork once more.

The fact is, Bitcoin’s fundamentals really hasn’t changed all that much other than a few upgrades since 2009 so it’s doing exactly what it was programmed to do.

Still only 21 million coins going to be in existence. Still a halving of the rate of distribution every 4 years or so. Still able to save and store it on a hardware wallet for a later date to spend or borrow against.

If people want to risk their Bitcoin only for it to get liquidated, you’ll see my (small) buy orders waiting to catch the falling knife when the liquidations happen. Thanks for the fire sale you legends!