What Is A Bitcoin PayNym?

Home » Articles » What Is A Bitcoin PayNym? 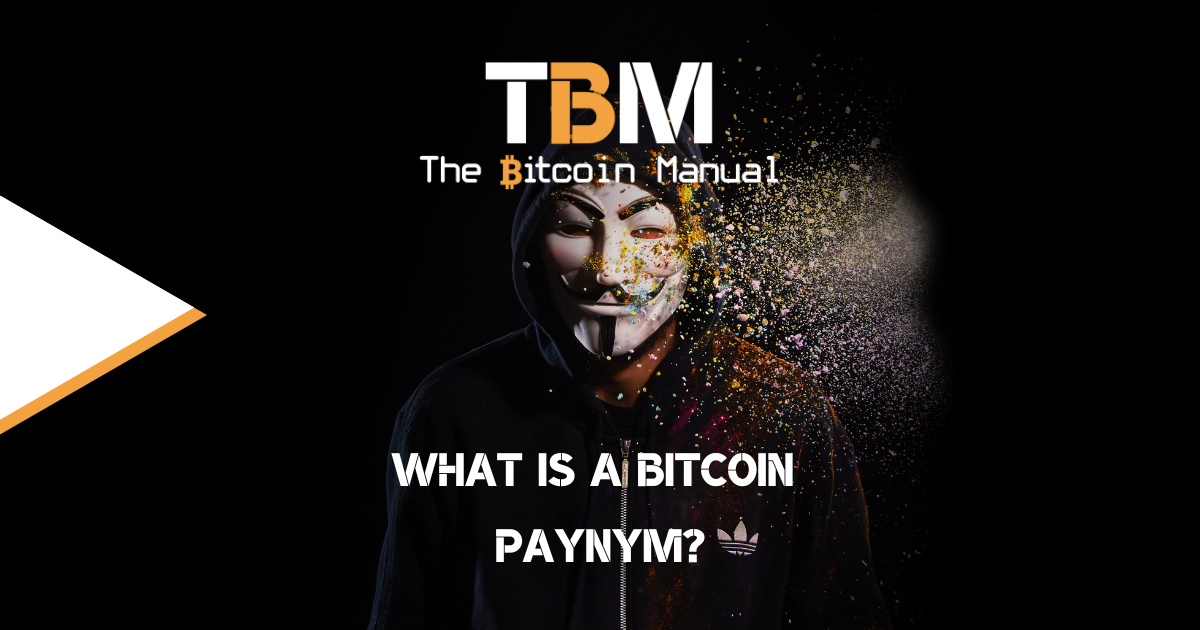 Bitcoin is a pseudonymous network; while the network itself does not store personal data, chain analytics companies, exchanges and the like are constantly monitoring the chain and adding a layer of personal data to it, reducing privacy and possibly the fungibility of bitcoin. In addition, maintaining your bitcoin privacy is a precarious position. You can make one slip up, and it can provide a thread that can connect your transaction history together.

Bitcoin has a host of tools you can use to increase the privacy of your transactions, such as confidential transactions, stealth addresses, whisper addresses, CoinJoins. In the future, we could see CoinSwaps and PayJoins add even more privacy options.

If you’ve used the bitcoin base chain in the past and posted an address online, it could be tied to your social media or identity. Along with that, all the balance and balance history of that address too, which is data you may want to keep private. Instead of having to choose between creating a larger data footprint by re-using the same bitcoin address or swapping addresses regularly, PayNym gives you the best of both worlds.

Gone are the days of revealing your balance and transaction history to the entire world. Using a re-usable PayNym, you can share it publicly. When used, a unique bitcoin address is automatically generated behind the scenes in your wallet for every new transaction your PayNym handles. Addresses are never re-used and are only known by the sender and receiver of the transaction.

Transactions are always valid bitcoin transactions that are sent and confirmed on the blockchain.

PayNym is a BIP (Bitcoin Improvement Proposal) incorporated into the protocol in 2016, yet the option remains an unknown quantity compared to other recent upgrades like SegWit or Taproot. Despite its lack of popularity, PayNym has a lot of potentials when it comes to improving user privacy, and as more wallets roll it out into their UX, we could see greater adoption of the option.

As you can imagine, this provides a greater level of privacy and convenience and allows you to conduct public transactions without handing over too much data on your bitcoin holdings.

What are the benefits of PayNyms?

BIP47 compatible wallets produce a special ‘payment code’ (beginning with ‘PM8T’) that never changes. This code can be shared publicly and, when scanned or added by a compatible wallet, will generate unique unused bitcoin addresses without revealing prior transaction or balance history.

A PayNym is created by taking a valid BIP47 code and applying a special hashing algorithm that produces a unique fingerprint used to create the PayNym Bot image and ID. A PayNym Bot is a visual representation of a valid BIP47 Re-usable Payment Code.

How to set up a PayNym

If you’re keen to get started, you can set up your PayNym using the Samourai wallet. The PayNym bots are currently supported natively by Samourai Wallet, making it easy to set up. Samourai Wallet is a popular privacy-centric bitcoin wallet and the first to implement the BIP47 proposal.

Under the hood, your wallet is securely proving you have permission to add this payment code by sending a special message signed with your payment code private key. In response to a valid signature, PayNym.is will return a unique Bot based on the SHA512 hash of your proven payment code. No one else will ever have the same bot as you.

Once claimed, your uniquely generated PayNym bot will be automatically named and displayed in your wallet and listed in the public directory. Compatible wallet users can add your bot to their contact list to generate unique bitcoin addresses that are only known between your wallet and theirs.

You PayNym is yours to have and to hold

Since PayNyms are controlled and managed using client-side wallet software, what that means is only the provable owner of the private keys can interact with their PayNym. Your PayNym isn’t an intermediary, custodial service or third-party implementation. Only your wallet possesses the private keys needed to control them, so if you lose those private keys, you lose access to that PayNym.

If you would like to learn more about PayNyms, and how they work in detail to want to set up one for yourself, then we recommend checking out the following resources.

Are you using non-KYC bitcoin exchanges? Which app is your favourite? Do you have one you’d like us to cover? Let us know in the comments down below.

South African bitcoin pleb falling down the rabbit hole and willing to share every bump, scratch and knock along the way
View more articles from this author
PrevPreviousHow To Transfer Bitcoin Via USSD Code
NextWhat Is A Forced Liquidation In Bitcoin?Next