How To Transfer Bitcoin Via USSD Code

Home » Articles » How To Transfer Bitcoin Via USSD Code 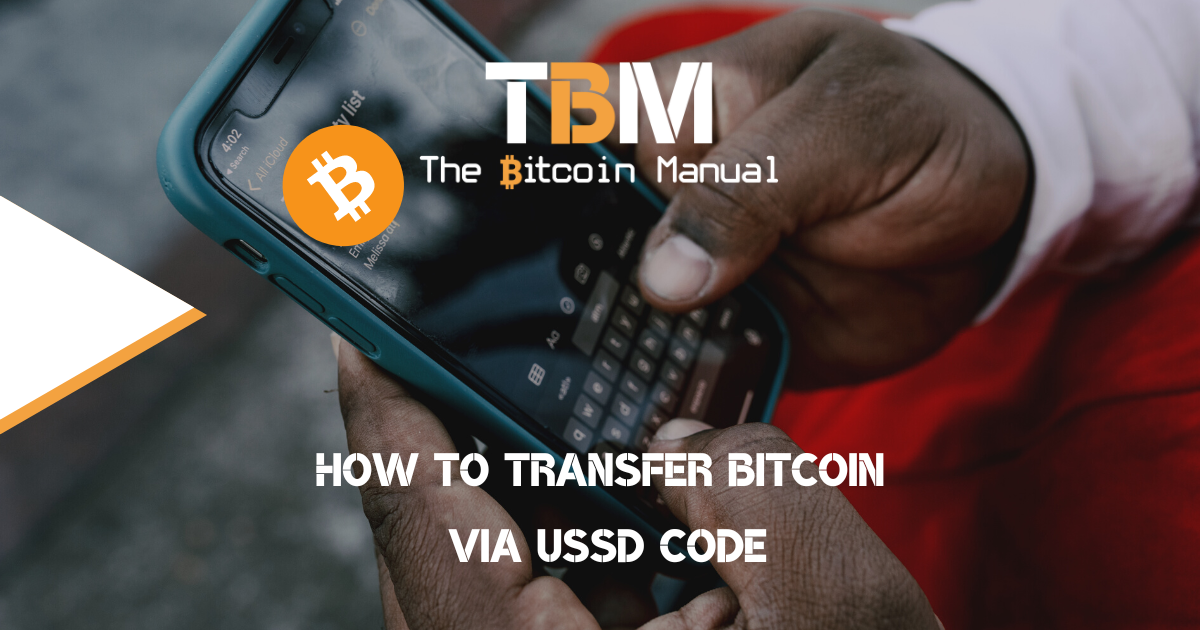 The bitcoin network is an open, secure and digital-only monetary network that has enormous potential, but scaling this network is not going to be easy. Reaching billions of people with different levels of education and resources is the only way we can truly reap the benefits of the network. The more people we onboard to bitcoin, the more capital flows into the network, the more people are willing to accept it and the greater the circular economy becomes, which reduces our need for fiat.

The drive to get bitcoin into the hands of more people will face significant technological, educational and regulatory issues, and each region and country will have its nuances to deal with; while the network remains solid, getting people to plug into it is the real issue.

One issue many will point to is the fact that bitcoin is internet-only money means people without internet access or an internet-enabled device cannot have access to the bitcoin network. Proponents, who hold this view will point to this as a limitation that cash overcomes but is that reality or are solutions available?

If there’s one place in the world where cash is very much king and limitations of internet access are still fairly high, then it’s across Africa. A place where bitcoin will be tested on its ability to scale and improve accessibility.

If bitcoin is to expand across the African continent, it won’t be from the issuing of legal tender laws; it will be through greater access, easier access, low-cost access, and the circular economy will take care of itself. The Lightning Network has provided the building blocks for low-cost access to the bitcoin network. While this does serve a greater amount of people, it is still exclusionary for many users across Africa.

Smartphone penetration on the continent has greatly improved over the last five years. However, feature phones still hold a large market share in Africa and of those who do have access to smartphones, these people still need to deal with limited access to the internet, high cost of data and the use of low bandwidth connection.

These conditions make technologies like SMS and USSD a popular use case across the continent. Many Africans use USSD and SMS portal services to remit money, access finances and purchase goods and services; it’s a user behaviour that is well understood and practised daily.

Bitcoin expands outside the internet

Having a bitcoin wallet that leverages USSD makes a lot of sense if we are to onboard these users to the bitcoin network and expand adoption. One application looking to make strides in this niche is Machankura, a bitcoin Lightning-enabled wallet that can be accessed and managed solely through USSD menus.

Users can think of it as a Wallet of Satoshi, but bare-bones; instead of having a smartphone app, you’re interacting with the wallet via the USSD menu.

In the case of smartphone custodial wallets, they are normally tied to your email address, so you can install them on multiple devices, whereas Machankura is tied to your phone number. This does pose a threat as if your phone or sim card is stolen, so will your funds, or if someone sim swaps your number, they could gain access to your funds.

This is why it’s important not to hold too much money on an app like Machankura and treat it like any other custodial service.

Is Machankura free to use?

Yes, Machankura is free to use and is available to users in 6 African countries. All you need to do is dial the number applicable to your country and use the USSD menu to set up and interact with your wallet.

How to get started with Machankura?

Once you dial the number for the first time, you’ll need to set up the account tied to your phone number and create a pin you will use to confirm transactions. Once you register an account, you will be greeted with a simple menu providing you with five options.

Once you’ve funded your account, you can send the satoshis to either other Machankura via their phone number or a Lightning Address.

Once you set up a Machankura wallet, other Machankura users can send you bitcoin with only your phone number or lightning address.

Machankura will automatically assign you a lightning address based on your phone number, which looks something like this:

Other lightning wallet users can send you bitcoin through this lightning address tied to your phone number.

If you’re not keen on providing your phone number every time you want to receive payments, you can set up an alias that will point to your account. Head over to the USSD menu, and in your account, set a user name to mask your phone number. Your username will be checked against a database already established, and if it’s not taken, you can assign it to your Lightning Address.

Once done, you should have something that looks like this:

Once a user pays you via any of these methods, you will receive an SMS with the amount of bitcoin sen and a reminder to access your wallet via the USSD code.

Having a low-tech lightning wallet is a great option for people to get started, and the fact that the service supports Lightning Addresses makes it even more interesting as people can use supporting Lightning wallet to send and receive funds to a Machankura wallet.

This will make it easy for people to remit money to family in remote locations since the receiver only needs to register an account with their phone number to get started.

The onus will be on the sender to get cash or bitcoin into Lightning and then send it to their intended recipient Machankura wallet tied to their phone number. The Machankura wallet opens up interesting use cases for remittance across Africa, as well as local commerce, as it can be used to settle transactions instantly.

It also provides a low-tech bridging solution to get people to accept bitcoin with only a phone and a phone number and leverage user behaviour that they understand.

There you have it, an easier way to transfer bitcoin from any phone, be it a smartphone or feature phone. Help onboard users to bitcoin in a simple manner or send and receive bitcoin without the need for an internet connection or the need for mobile data.

If you’d like to learn more about the app or give it a try, check out the links below.

PrevPrevious“Yo, What Happened To Bitcoin?”
NextWhat Is A Bitcoin PayNym?Next