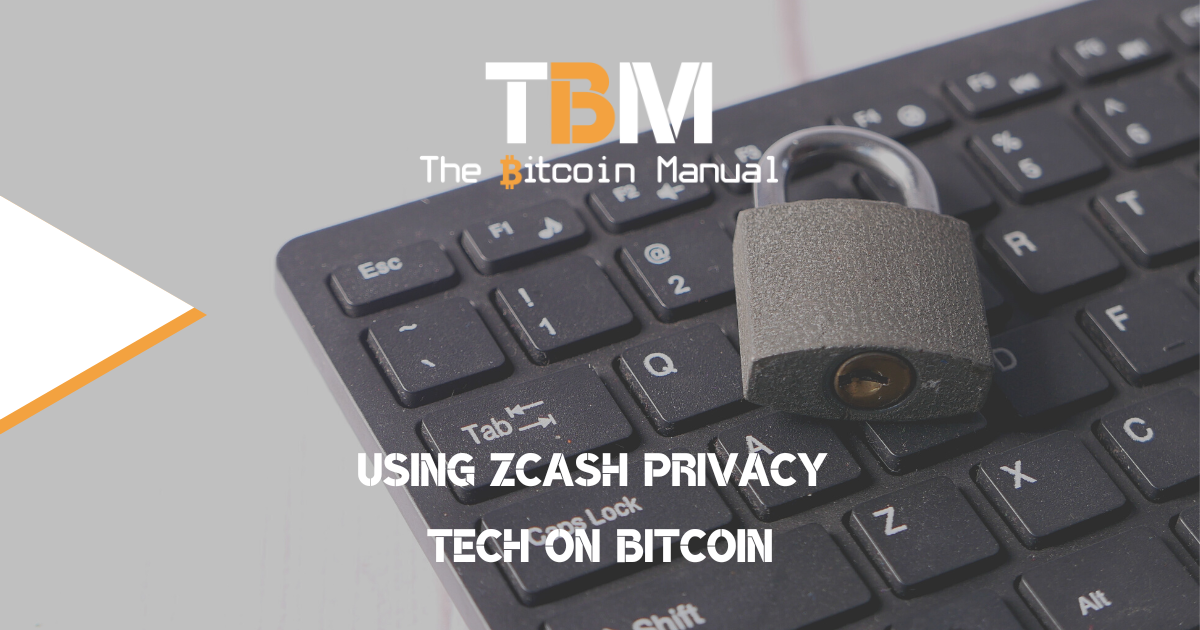 It’s been a while since we heard about ZCash, one of the many early forks of bitcoin. To take the source code and add a feature to it instead of getting merged into bitcoin, a new chain was launched based on one additional feature. In the case of ZCash, it was all about privacy. ZCash goes way back and originally began back in 2013 as a project that was commonly known as “ZeroCoin”, originating from the University Department of Computer Science at John Hopkins University in Baltimore, United States. ZCash uses a protocol known as zk-SNARK, a pretty weird acronym for “zero-knowledge Succinct Non-interactive Argument of Knowledge.”

What this protocol does is allow users of ZCash the optionality of shielding information about their payments and attaining more privacy. While financial privacy is important, it is one of many ingredients that drive the value of the network. As salt in a dish is important for flavour, you can’t make an entire dish about salt and expect everyone to be gushing about it, everyone has a different preference, and while you might like a lot of salt, others don’t.

Proponents of privacy coins tend to overestimate the need for people to mask their transactions; it’s not every day you’re buying illegal substances or need to hide transactions such as sending money to a family member, which would show up in the demand for your technology and token. It’s clearly evident in the price of ZCash, which has lost -98.3% of its value in bitcoin terms. ZCash, at its peak, was priced at 16,028,676 satoshis a coin back in 2016 and today retails for around 280 000 satoshis.

ZCash has been on the decline and quietly so until recently when the blockchain was hit with a spam attack bloating its database as it swole to 3 times its size in only three months, and cost the attacker around $10 a day to keep attacking it. If someone can attack the network for the price of a bad cup of coffee and a soggy sandwich, it’s not a place people would want to put their money now, would they?

Despite the issues the blockchain, ecosystem and native token face, all is not lost. Yes, I might be a bit harsh on these altcoins, but they’re not totally vaporware; there is something to salvage. The technology ZCash uses isn’t completely useless and has no value. Oh, quite the opposite; what ZCash proved in a real-world setting is that its protocol does provide financial privacy on-chain and, even with its shortcomings, continue to do so for those who use it.

While ZCash lacks the security and decentralisation the bitcoin network can provide, its privacy tech still retains its merits, so wouldn’t it be great if the two could be married, pulling in the best parts of one another?

All is not lost for ZCash

Remember, earlier; I mentioned that ZCash started as a fork of bitcoin, well this becomes important since the base of its source code is similar; it can be ported over to bitcoin a lot easier than other attempts at privacy technology on-chain and is active in the works.

Developers are working on bringing ZCash privacy functionality to a bitcoin, but not in the way you might think; instead of tweaking the base chain, the proposal is to have a privacy sidechain. To do this, bitcoin developers are using the proposed drivechain technology, a 2015 bitcoin improvement proposal found in BiP 300 and 301.

Once drivechains are established, different sidechains can be created, all focusing on different use cases, and one of them has been marked to support on-chain privacy. The Zcash-like Drivechain is a type of sidechain that is merge-mined with bitcoin. It has the main features of the Zcash blockchain that make it special vs bitcoin (namely, shielded transactions), and features a two-way peg mechanism linked to the bitcoin blockchain (the “mainchain”).

What is drivechain BTC?

Drivechain is an implementation which allows for the creation of Bitcoin sidechains with a true two-way peg. This would allow Bitcoin holders to move their coins to any sidechain. Doing this could allow users to benefit from characteristics and features not found on the main Bitcoin blockchain.

Think of drivechains as a separate environment that is tethered to bitcoin, a user is able to take their on-chain bitcoin and peg it into the drivechain and once your DC-BTC or Drivechian Bitcoin is locked in this sidechain system, it takes on properties of that environment. While you’re still using native bitcoin, you’re able to transfer it to other drivechain users, using shielded payments in the case of the ZCash sidechain and retain your privacy.

Once you’re done using DC-BTC, you can always move back to the base chain or only keep a certain amount of DC-BTC on hand to conduct private transactions. Once bitcoin is in the drivechain it can only be transferred to other drivechain compatible addresses but can be pegged out to the base chain again when needed.

Moving in and out of the drivechain

When someone wants to redeem their DC-BTC and “peg-out” BTC back to the mainchain, they perform a similar process in reverse.

So you’re probably asking yourself, why the bloody need to jump in and out of different chains? I just want to hodl my bitcoin, and on occasion, I would like to spend some; what’s the big deal? If that’s all you want to do, then the bitcoin base chain and perhaps the Lightning network would be your interactions with bitcoin, but other people would want a different experience, and that’s where drivechains come in.

Perhaps you’re in an authoritarian state that is really cracking down on bitcoin, perhaps you want to buy something that is deemed a little naughty, perhaps your nosey spouse knows your bitcoin wallet, and you’re trying to sneak off some cash to buy them something nice as a surprise, why you need privacy doesn’t matter. Still, if you want it with bitcoin, you should have options.

Once you’re in the drivechain to any outside observer, it is impossible to prove that the owner has been benefiting from ZCash privacy technology and even if you peg out, you’re starting fresh with a new UTXO, helping you maintain your privacy.

Instead of having to move to a new blockchain and use a new asset, you get to use the same asset in different environments. Users will have more optionality using drivechains while those who aren’t interested in those additional services and safely ignore them and are not forced to change the way they interact with bitcoin.

A bitcoin bounty for the successful migration

The race to migrate Zcash to bitcoin is on, with Paul Sztorc providing a Drivechain sidechain template and challenging developers to do a “code transplant” from ZCash. This would essentially turn the Zcash blockchain into a sidechain and strip out the need for the ZCash token and use bitcoin instead.

The prize fund incentivises developers to investigate his Drivechain technology and create a proof-of-concept for further testing. If any challenger is successful, this could pave the way for various versions of BTC, which are capable of taking on the characteristics of any blockchain asset.

If that happens, it not only renders altcoin chains obsolete but the native assets used to “charge” people for access to these services.

If it is valuable, it will make its way to bitcoin

Bitcoin is not a boomer coin; it’s not old tech; it’s about the pragmatic use of technology and realising there is a place and time for everything. While altcoins rip out foundational elements such as verification, decentralisation and knowable monetary policy for the sake of features, bitcoin does not make such trade-offs. Instead, it scales in layers. The boring base layer continues to churn out reliable block after reliable block; you will have continued development in higher levels where new features can be deployed.

Users who choose to interact and take advantage of those features can migrate some of their bitcoin to those environments, while others can choose to ignore them completely. The idea that bitcoin will be crushed based on pure features alone is nonsensical, especially if bitcoin can now migrate any features that provide value to consumers onto its network and use it with a superior asset.

If you would like to learn more about the ZCash Drivechain, we recommend checking out the following resources:

What do you think of drivechains? Is it something you feel you would use? How do you think it affects the altcoin market narrative and the continued L1 rotation thesis?

South African bitcoin pleb falling down the rabbit hole and willing to share every bump, scratch and knock along the way
View more articles from this author
PrevPreviousWhat Is A UtreeXO?
NextWhat Is A Bitcoin Decoupling?Next