What Is A Bitcoin Penalty Transaction?

Home » Articles » What Is A Bitcoin Penalty Transaction? 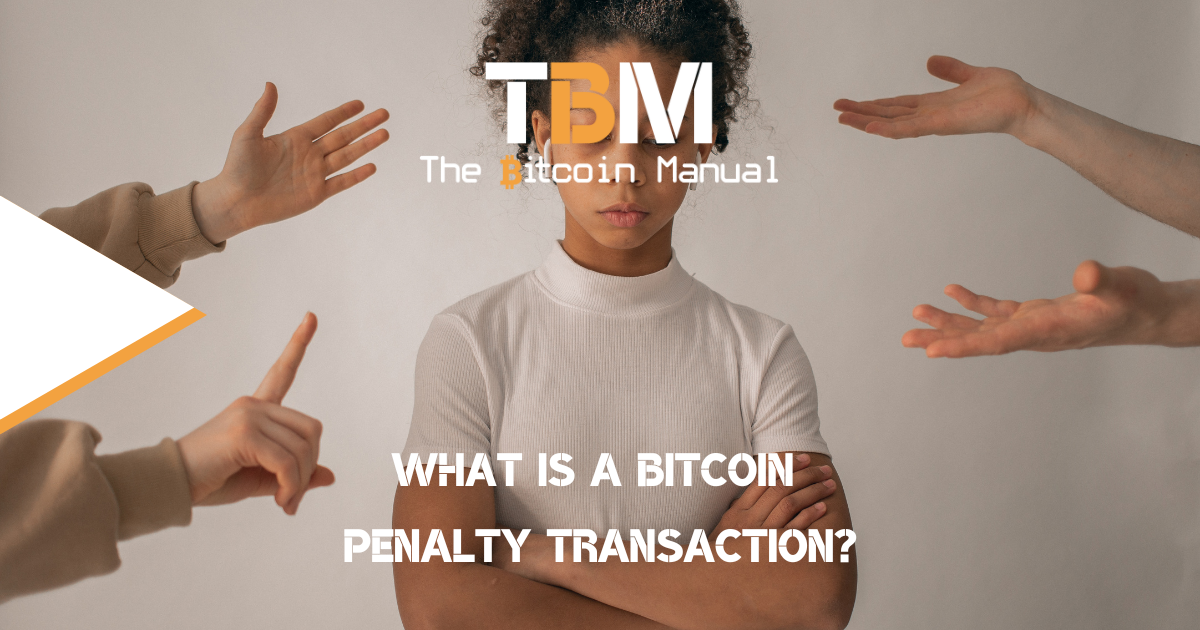 Scaling bitcoin with second-layer solutions that remain decentralised and offer peer-to-peer transactions is not an easy solve. Every solution comes with trade-offs and possible attack vectors or exploits for malicious actors to not only attack users and their funds but harm the integrity of the network.

When you use bitcoin on the Lightning network in a non-custodial fashion, you’re broadcasting a base-chain transaction to the network and locking up those funds in a hashed time lock contract. This contract is recognised by the Lightning network as funds that cannot be moved on the base layer but can now be released on the second layer.

Now that your funds are available on the second layer, you will need to use your Lightning node to create channels with other users of the Lightning network. Once you create a channel, you’ll be able to route payments either directly to that user or use them as a hop that transfers funds via that user to another payment destination.

Creating channels means you’re effectively partnering with another Lightning network user to leverage each other’s funds to route payments. Now you could use Lightning and set up private channels and pay certain users directly, or you can leverage public channels, but you should always consider the type of user you’re partnering with within a channel.

Do they have a reputation, or could they be a bad actor?

The reason why trust and reputation become a factor in the Lightning network is that you don’t want to have to spend money broadcasting to close channels unnecessarily because you connected with someone who wanted to rug pull your funds.

You want to establish channels that provide value to yourself and the network to ensure you can always route payments at the lowest rates or earn fees via the channels you create. Connecting to low-quality channels means you’re locking up liquidity to either earn very little or possibly lose your funds.

Channel markets like Amboss are looking at ways of building out a reputation for Lightning node runners, but that doesn’t give you much protection should you fall into an issue with a channel partner; for this, you’d need something more robust.

A way to punish bad actors on the network and make it unprofitable to try and cheat, and this is where penalty transactions come into play.

This mechanism can be exploited to allow double spending over Lightning by malicious actors. To discourage this bad behaviour, penalty transactions allow users to reclaim their funds.

What is a penalty transaction?

An example of when a penalty transaction would be viable

Let’s consider Alice and Bob, two individuals with an open Lightning channel, in which they each control 0.5 BTC or 50 million satoshis. Both parties currently hold a commitment transaction that allots them 0.5 BTC.

To prevent these sorts of attacks or rather discourage malicious actors from attempting them, the Lightning protocol enables a user who has had their funds stolen a chance to recover them. The user would publish the newer commitment transaction within a certain period and take not just the amount of bitcoin owed, as in the example above.

But the party can also claim the full 1 BTC from the channel.

Bob would take Alice’s’ entire stake in the channel as a punishment for Alice’s’ attempt to double-spend that bitcoin.

If you’re’ keen to learn more about penalty transactions in detail, we recommend checking out the following resources.

South African bitcoin pleb falling down the rabbit hole and willing to share every bump, scratch and knock along the way
View more articles from this author
PrevPreviousWhat Is WebLN?
Next8 Considerations Before You Spend Your BitcoinNext