What Is The Bitcoin Ring?

Home » Articles » What Is The Bitcoin Ring? 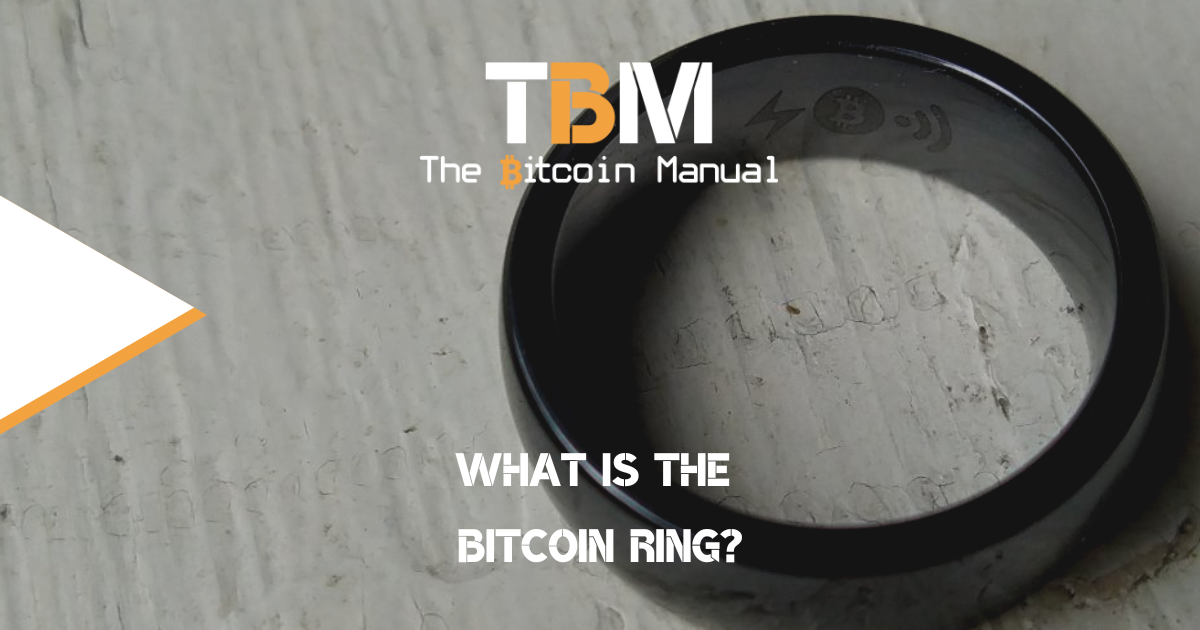 As bitcoin adoption continues to grow year after year, more people are starting to hold a portion of their savings in bitcoin, but eventually, people will want to spend their satoshis. Currently, spending bitcoin is more trouble than it’s worth; you either need to use some custodial service or convert it back into fiat to pay someone at the point of sale.

That is hardly convenient, nor does it showcase bitcoins ability to be your own bank.

Bringing bitcoin to the masses involves making it an easy-to-use payment method, and that needs to leverage established user behaviour. Fintech companies have done plenty of the educational leg work, getting people used to paying at the point of sale by scanning QR codes or tapping NFC devices. Hence, it makes a lot of sense for bitcoin payment rails to piggyback off these established behaviours and connect them to bitcoin rails.

As bitcoin companies and projects leveraging the Lightning network continue to attack the consumer payment space, we’re starting to see the emergence of contactless payment options. Using the LN-Invoice standard and relying on the adoption of NFC devices, the two are starting to merge in new and interesting ways.

What is an NFC device?

NFC, or near-field communication, is a wireless standard that enables contactless payments, keyless entry, and more. NFC devices can come in all shapes and sizes as long as it contains an NFC chip that can communicate with devices nearby.

NFC offers one and two-way communication between endpoints, suitable for many applications, like authentications and identification, as NFC devices can act as electronic identity documents and keycards. They are used in contactless payment systems and allow mobile payment replacing or supplementing systems such as credit cards and electronic ticket smart cards.

Having NFC technology freely available and building on its own adoption curve, bitcoin can start to engage in more direct end-user transactions. Instead of having to take your phone out to send funds to a bitcoin address or request a payment invoice on Lightning, all that could be streamlined into a simple tap function.

There are several bitcoin NFC devices or software you can check out, and the Bolt ring is another addition to the list.

How does the bitcoin ring work?

The ring needs to be configured with a bolt service. Once set up, it generates unique and encrypted one-time LNURL withdraw-links where the merchant can withdraw the payment.

The Bolt ring is a standard NFC device, but under the hood, it leverages the Bitcoin Lightning Network and LNURL, which can read Lightning Invoices and enables a user to simply tap their card on a point-of-sale device displaying a Lightning invoice and the Lightning payment is made in the background.

Since you’re using a P2P network like Lightning, there is no need for a bank account; all you need to do is connect your card to a preferred Lightning-enabled wallet or Lightning Node to sanction payments on your behalf.

Why would you want a bitcoin bolt ring?

The Bitcoin BoltRing is made of high-quality ceramic. It is water, dust and scratch-resistant. It’s simple and sleek with modest in its design; only the inside engravings reveal its true power, so you can keep it on you without doxing yourself as a bitcoiner.

If you prefer the opsec of a ring over the obvious contactless card, the Bolt Ring might be a better option; also, since it’s physically attached to you, its kind of hard to forget it at home, so you always have a method of payment with you wherever you go.

If you aren’t too concerned about your security or you’re a big-mouth bitcoiner that loves to shill the latest tech, the Bolt ring is ready for some orange-pilling. Demonstrating a payment with the Bitcoin Ring is a perfect conversation starter with no-coiners :).

What is the bolt card compatible with?

The Bitcoin Bolt Ring is compatible with current industry protocols, namely Lightning and LNURL, which means it’s easy for other payment gateways to introduce the NFC capability to interact with The Bolt ring. The Bitcoin Ring has also been tested with Breeze POS, BTCPay POS, and LNBITS TPos, with more support within the ecosystem on its way.

If you want to learn more about the bolt ring, we suggest the following resources be added to your research as you dive down the rabbit hole.

South African bitcoin pleb falling down the rabbit hole and willing to share every bump, scratch and knock along the way
View more articles from this author
PrevPreviousWhat Is BiFrost?
NextBitcoin App: SuredbitsNext