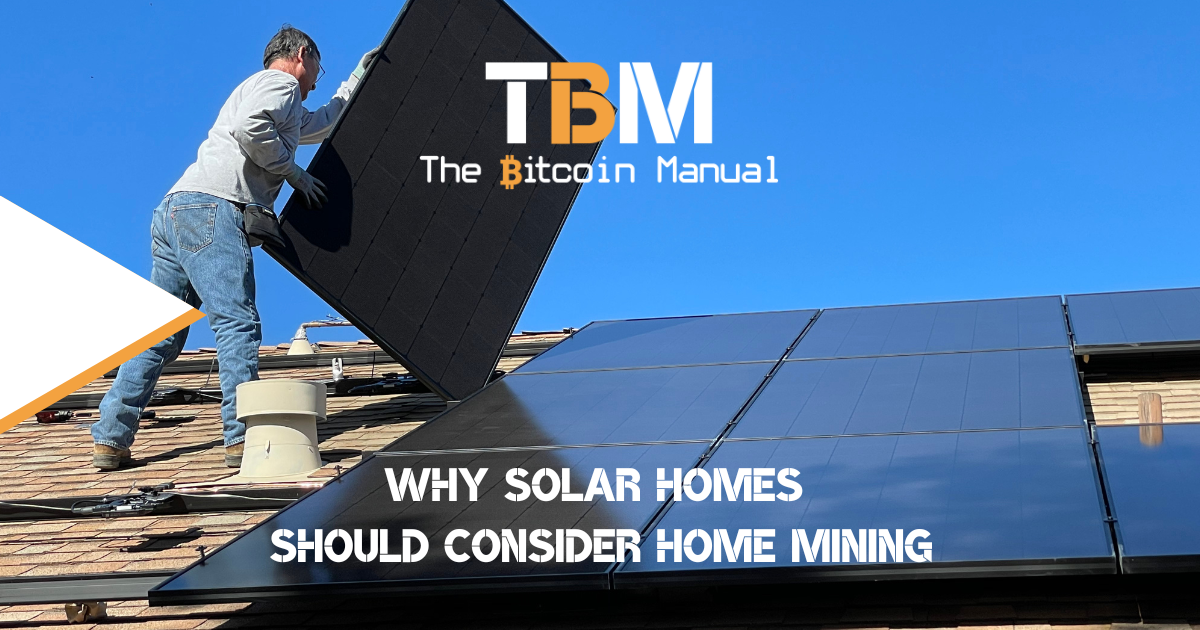 As a South African, the energy crisis has been part of my daily life since the early 2000s as our centralized national power provider continues to falter under mismanagement, corruption, sabotage and political interest instead of economic interest. The national energy provider Eskom is a central point of failure for the South African economy. As a government-issued monopoly, most South Africans have no choice regarding who they pay to tap into the life-giving resource that is electricity.

Over the last 15 years, as the decay and rot of the state-owned enterprise continued and the population growth and demand for electricity increased, we’ve had massive shortfalls, forcing the country into scheduling and regular blackouts which we commonly refer to as “load shedding.”

Load shedding is marketed to provide stable electricity production to the grid by reducing the demand side instead of increasing the supply side. This is meant to keep the grid in operation and keep parts of the economy in operation. In contrast, others have to suffer, even if they paid for the source allocation in an energy and resource apartheid system.

Keep them in the dark on inflation

What load shedding does is hide inflation; when demand outstrips supply in any market, prices are adjusted upward to find an equilibrium. But because the South African government do not want to submit to the energy price hikes needed to match, which would drive up production costs and cost of living and spur on an even faster inflation crisis, they choose load shedding instead.

By killing businesses and demand, you keep the inflation signals damped, and while this seems like a smart idea to them, it’s costly in the long term. The longer you keep pricing down, the more you hide the incentive to bring more energy online. If energy prices rise quickly, it encourages investors to come in and gobble up that massive margin and drive down prices in the long term as more energy comes online; that’s how markets work without government intervention.

But since we live in a nanny state of interventionism, we ensure business and private energy producers cannot work on the numbers they need to find profitable ventures and give the country optionality when it comes to energy. This is not a unique issue to South Africa, and with energy markets more volatile than ever, we’re seeing these policies and pain points start to spread around the world.

In regions of the world where it is viable and even in parts where it’s not the “green agenda” or the need for bridging energy production shortages are pushing consumers to adopt solar at home. Solar sounds like a great option on the surface, you’re getting energy from the sun, which is an abundant resource, and you’re less reliant on central points of energy production failure and variable energy costs.

When you move to independent energy production, you have your set sunk cost of installation and possible future maintenance cost. Your costs are mostly fixed so that you can work out your energy cost and path to profitability. Despite what many solar advocates will tell you, solar is not cheaper than grid-based energy, you cannot compete with the scale of operations, and that’s a fact.

When you move to solar, you’re paying a higher premium because you’re adopting technology that has not yet been able to compete with other energy sources. You’re paying for the premium that comes with producing energy at smaller scales.

Having independent power generation capacity at the current cost is not for everyone; it might make sense for high-income earners who can absorb the margins, for those who work from home, who can bring that cost into business expenses or for those who use that electricity to generate an income, be that through a business or endeavours like bitcoin mining.

Not allowing energy to go to waste

Most retail consumers who switch to solar, be it hybrid or a complete switchover, do not use the full capacity of their systems. When you produce energy from your solar panels, whatever is not used at the time is stored in the battery and whatever is not stored once the battery is full is lost forever. In traditional solar setups, a lot of energy is wasted and lost, and you can try adding more batteries, but it will never solve the problem.

I often think of solar as similar to a vehicle purchase; while you pay for your car, most of the time, it sits parked in the garage and is not being used, so you’re not getting the full utility out of your solar energy.

What you need is an energy-hungry battery, a battery that says, if you have anything to spare or anything you’re not using right this second, give it to me, and I will take it and store it. A function a bitcoin miner does well and why I think it makes a great companion for those who have switched to solar.

As you produce energy from your panels and run your home, whatever you don’t need to power your appliances or electronics can be diverted to mining bitcoin. When your batteries are fully charged and cannot take anymore, you can push the surplus to your bitcoin miner, and it will hash away and send your wallet some bitcoin as a thank you.

Having an energy-hungry bitcoin battery attached to your home also keeps your system running smoothly as energy is constantly being drawn out of it and never stagnant, which is what these setups prefer if you want to keep it running at its peak for longer.

Finding a bitcoin companion for your solar energy production is easier said than done and involves some math and assumptions. You naturally need to find a mining set-up that works in tandem with the amount of energy you produce, and this requires you to break out the old excel sheet and crunch the numbers.

When you switch to solar, you’re opening yourself up to dealing with many variables. You need to consider your household energy budget, the size of your home and how often you need to tap into the energy of the sun, how efficient your panels are, the size of the inverter you are running and how many batteries you require for worst-case storage.

Once you’ve calculated those costs, you need to consider installation costs and maintenance cost budget that you may need to build up sooner rather than later, depending again on the length of the warranty on the system you installed.

Then depending on where you live, you might need to add a cost to remain tied to the grid and energy cost for buying grid power if you fall short on solar.

That is a lot of fixed and variable costs all circling your pocket, and as I’ve mentioned before, anytime you go independent, it’s likely to cost you more than sourcing from a place that can provide scale. So your one choice is to absorb that cost into your household expense budget or double down on your sunk costs, add a mining operation and then work towards covering your investment and future expenses.

Again you’ll need to break out the spreadsheets, and have a look at the miner or miners you can afford, not only in cash but that you can afford to feed with electricity. Once you’ve figured out how much terra hashes you can support, you can start to do rough estimates on daily returns and work and figure out how much bitcoin you can earn could offset the entire installation over time and then start to pay for your running costs.

Being realistic about your expectations

Even with bitcoin mining attached to your solar, it doesn’t guarantee you’ll see any profit in the near term; depending on the size of your operation, competition for hash rate and the price appreciation of bitcoin, it could take several years before you’re in the green on your green energy.

Bitcoin mining is an active strategy; you’re not going to be sitting on your arse, watching the sun turn into sats; you’ll need to keep tabs on your rig and your energy production and ensure everything is in sync and running smoothly. At times you may need to switch off your operation, so you keep your lights on, and other times, you may want to tone down operations.

So consider this before you dive in, it might cost you more to set up in cash and time, but the alternative of simply letting energy go to waste is far less attractive, don’t you think?

Do your risk calculations

Ultimately, it’s up to you to decide if becoming as a homeowner it is worth the effort. I ask that you plan accordingly, look at opportunity costs and look before you leap and go into your new endeavour with realistic expectations and a solid game plan.

Adding bitcoin mining to your energy investments can be a way to hedge against a lot of uncertainty that is unavoidable in real estate and being an energy-independent producer. Remember, you’re at the mercy of the sun, and the quality of sunlight you get, the viability of your batteries and that your entire setup has little to no defects and weather will not damage your energy generation.

Solar has plenty of variables, and it’s not “free” electricity. There is no such thing as free energy. The price comes in various forms, such as sunk cost, maintenance down the time and the way you use energy.

Bitcoin mining, while it will add to your sunk cost in the beginning, can help you hedge against future costs, against the irritating access to energy as well as our irritating energy demands. So having a constant energy gobbler available to smooth out your energy consumption and ensure that your setup is always running smoothly can be a benefit not only in operating but lowering maintenance costs and on top of it all, leaving you with a few extra satoshis in your wallet.

South African bitcoin pleb falling down the rabbit hole and willing to share every bump, scratch and knock along the way
View more articles from this author
PrevPreviousHow Bitcoin Could Solve The Streaming Wars
NextWhy Proof of Stake Is Bad For The EnvironmentNext