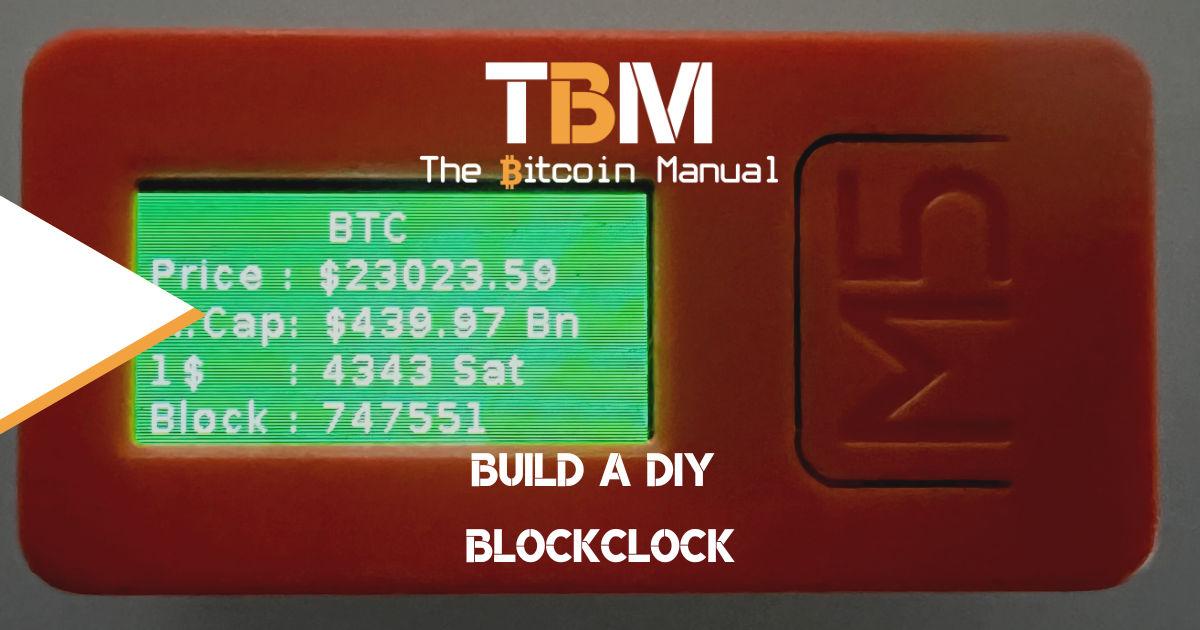 Once you get into bitcoin, a lot of your disposable income with probably go towards stacking sats, an admirable use case for your labour and value, but sometimes, you might feel a little high time preference FOMO and want to enjoy a little guilt purchase. This could be building a node, buying a pre-build node, hardware wallets, seed storage devices or other bitcoin accessories.

As the amount of bitcoin branded merchandise grows, there are certain products that have become rather popular in the space. The BlockClock by Coinkite has become one of the most sought-after bitcoin gifts you can give yourself or a fellow maxi; they look awesome. While they have more of a use case than any altcoin, but they do cost a pretty penny, a penny you could turn into potential sats.

Clocking in on Moscow time

The BlockClock has been around for a while but gained popularity during a remote testimony by then Twitter CEO Jack Dorsey. During the call, he addressed the United States Congress, and during that time, the BlockClock was visible behind him. Jacks’ blockclock was set to display the price of 1 USD in Sats, which at the time was 1952.

The strange time didn’t correspond to anything normies could understand at the time, which led to massive speculation on Twitter, with the most popular theory being Jack had his clocks set to “Moscow Time”.

If you’re keen on having a Moscow time display in your home, head to Coinkite’s Blockclock website and pick up a BlockClock or a BlockClock mini.

Now Coinkite’s BlockClock is an amazing display to have in your home; it looks cool and reminds you to stack sats, but not everyone’s got the fiat to spare or wants to risk shipping something like this to certain parts of the world.

Talking from personal experience, when shipping something to South Africa, you’ve always had to have a hope and a prayer that it would reach you and the bigger the item or more expensive, the lower the chance it will ever reach your doorstep.

Thankfully in bitcoin there is no single way to get a job done and the BlockClock has inspired some plebs to create cheaper homemade versions of their own, like the one developed by pleb @ajmotto who used an M5StickC IoT device to create his mini BlockClock for a fraction of the price.

Here is the result:

You can also find the instructions on the following Github repo

Note: this code does not format well on M5StickC Plus display

While the project won’t look as awesome as the BlockClock, you are spending a fraction of the price to create it. The total cost of this project is not more than $30, and it serves the purpose, and I am pretty sure it will inspire more elaborate setups in the future.

Plebs do tend to get rather creative when it comes to bitcoin.

So there you have it, a mini BlockClock you can give to friends and family or display around the house that won’t end up breaking the bank.

Are you a DIY bitcoiner?

Do you like to take on bitcoin DIY projects? What have you built or customised so far to make your bitcoin experience better? Let us know in the comments below or share your DIY projects with us on Twitter; we’d love to check out your set-up and share it with bitcoiners worldwide to draw inspiration.

South African bitcoin pleb falling down the rabbit hole and willing to share every bump, scratch and knock along the way
View more articles from this author
PrevPreviousWhat Is A Bitcoin Derivation Path?
NextWhat Are Stablesats?Next