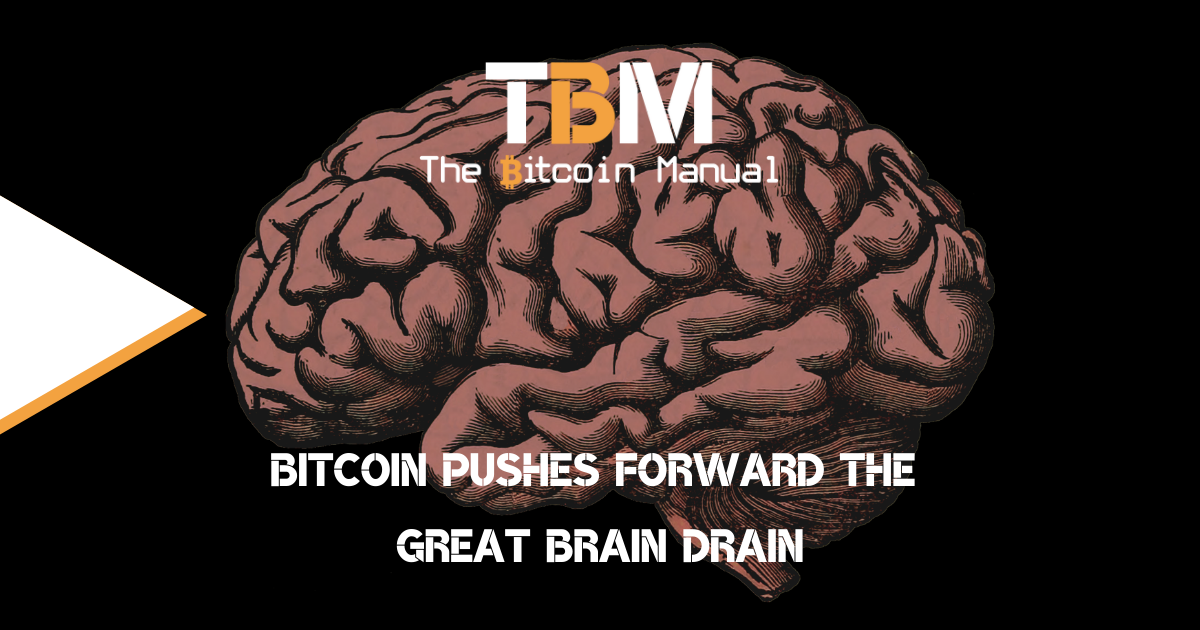 Bitcoin is no longer a strange internet currency relegated to the dark corners of the internet. The hobbyist internet fad used by nerds and drug dealers has creeped out of its primordial stage to become one of the worlds largest currencies. Despite what the media leads some to believe, bitcoin continues to increase its market share and shows no sign of slowing down.

Bitcoin enjoys the company of the top 20 currencies by market cap and has achieved this in as little as 13 years. If I told you a country that started from nothing and launched its new currency 13 years ago would be in the top 20 today, would you imagine that to be possible? I think it would take a monumental feat, such as access to mountains of commodities or unlocking some sort of revolutionary discovery.

Bitcoin is a revolutionary discovery; it’s the native currency of the internet, a region of the earth with a growing population and a trillion-dollar per year global GDP. The internet’s population continues to grow and continues to absorb more of the world’s commerce, so it would only be rational that a currency based on the internet would emulate that growth.

Despite being in its second decade of existence, Bitcoin is still a primary stage of monetisation; if you consider its goal is to be a global currency for 7 billion people, then having 100 – 200 million users with a wallet is a drop in the ocean. Those who have chosen the path of storing their wealth in bitcoin for the long term have seen their purchasing power increase in multiples unseen as it continues to be the world best-performing asset ten years running.

The obvious upside for holders of bitcoin attracts people from a broad range of countries, lifestyles, disciplines and skillsets. While many will look to benefit from bitcoin’s price appreciation over time, others will look to increase their exposure to the upside by solving problems within the bitcoin ecosystem.

Building a bitcoin business or a business that leverages bitcoin is looking to establish a position in the new economy and hoping will put you at a distinct advantage to future competitions or laggard adopters. Bitcoin businesses are popping up at a rapid rate, thanks to Bitcoin only venture capital investment, funding exchanges, wallet apps, hardware providers and custody solutions, to name a few.

But they are not the only ones leveraging the bitcoin standard; we’re also seeing traditional businesses are looking to hold bitcoin on their balance sheet or accepting it as a currency for goods and services.

As more people and businesses plug into the bitcoin network, it provides more on-ramps and off-ramps to use the currency and expands the value of the network. Not only that, but Bitcoin also begins to absorb value and talent and retain it in the ecosystem in a decentralised brain drain.

What is a brain drain?

A “brain drain” is a term used to describe a consistent and substantial growth in the emigration or migration of individuals, particularly high value or highly skilled individuals. A brain drain can result from political unrest, natural disasters, unfavourable regulation on certain acts or industries, war or turmoil within a nation, the lack of favourable professional opportunities, the desire to seek a higher standard of living or famously, the collapse of a currency/economy.

A brain drain can occur at the organisation, industrial or geographical level, but when on the geographical level, it can have widespread ramifications. As more people leave your country and refuse to store their wealth in your currency, you lose valuable skills, a larger tax base and future productivity.

As the brain drain continues, you are left with a less efficient workforce, a smaller capital base, and a smaller window to exploit opportunities as the skills and talent is not available. You may also have to overpay for certain resources or products as you need to import them since they cannot be produced locally, and these after-effects can speed up the economic collapse of a country.

When these people leave, their places of origin are harmed in two main ways. First, expertise is lost with each emigrant, diminishing the supply of that profession.

Secondly, the country’s economy is harmed because each professional represents surplus spending units. Professionals often earn large salaries, so their departure reduces consumer spending in that region or the country overall.

Brain drain is, also known as a human capital flight, can occur on a few levels. Industrial and organisational can be harmful to a country with the “dutch disease” who rely on one industry for the majority of their revenue, but many can limp if the brain drain is self-contained. Losing one industry isn’t always a hammer blow to a diverse economy but does enrich your competitors and put considerable pressure on your economy.

The other type of brain drain is far endemic; a geographic brain drain happens when talented professionals flee one country or region within a country in favour of another. We see this in many developing nations such as my own South Africa, but especially so in countries with hyperinflation like Zimbabwe and Venezuela.

Once a brain drain begins, it’s pretty hard to plug the gap; once capital leaves, it’s harder to attract capital investment to replace it. Once skills leave, it becomes more expensive to retain or train new people to meet the demand.

Organisational brain drain involves the mass exodus of talented workers from a company, often because they sense instability, a lack of opportunity within the company, or they may feel that they can realise their career goals more easily at another company.

Industrial brain drain happens when skilled workers exit not only a company but an entire industry.

Organisational and industrial brain drain is usually a byproduct of a rapidly evolving economic landscape in which companies and industries unable to keep up with technological and societal changes lose their best workers to those that can.

Why bitcoin’s brain drain is different

In the traditional brain drain, there are a few distinct barriers that keep talent from moving to the new, more prosperous ecosystem. If it’s an organisational or institutional brain drain, people have to find jobs in a new field or company, or they need access to capital to exploit these new opportunities with the talent they have to offer the market.

This is easier said than done for some; many may have to consider families or economic situations and the cost-benefit of switching, while others may prefer the familiar even if there are diminishing returns in that industry.

As for geographical brain drains, these often have the breaks put on them through immigration law, which can be unfavourable to some citizens of certain countries or those of a certain socio-economic standing. The distance, cost and regulation aren’t the only barriers. There are cultural and language barriers as well as considerations like weather that all play a part in slowing down a brain drain.

Since the bitcoin network is completely digital, these barriers are completely eliminated, and anyone can migrate to it by setting up a wallet with public and private key cryptography. Once the wallet is set up, you’re free to engage with the network, purchase and hold bitcoin or send and receive bitcoin payments, and no one can stop you.

The barrier to entry is ridiculously low and shows no discrimination, and you can get started with any amount. Bitcoin allows you to store the product of your wealth outside your country and the rules governing your country.

The scary part is there are companies actively working to make getting into bitcoin even easier, faster and cheaper, which will only widen the bridge towards bitcoin.

The bitcoin brain drain is a unique one, and the impacts will be distributed unequally around the world since bitcoin adoption isn’t linear in the short term. Yes, more people in absolute numbers own bitcoin, but the cohort who are actively using bitcoin or saving in bitcoin and not using it a speculative trade is still tiny in comparison.

The early adopters of bitcoin will continue to preach the good news, and their success will provide the proof more people need for them to migrate. Like any brain drain, those who achieve success in a new industry or country prove to be the blueprint for others to join them. The more wealth stored in bitcoin, the less capital can be extracted from the general public.

As the capital base erodes, governments need to rely on the financial repression of those still in the fiat system. The harder they squeeze, the more people will look for an escape, and as they see bitcoiner friends and family benefitting, so too will they want to make the transition.

The more talent and intellectual capital entering the bitcoin space, the more value migrates into bitcoin and remains in bitcoin; that capital then gets recycled within a larger circular economy. As the circular bitcoin economy grows, it starves the fiat economy of their most productive assets labour and places a far greater pressure on debt creation to supplement the losses in productivity.

If we look at the length and breadth of people coming into the bitcoin space, you can see the brain drain in real-time; one can only take a glance in bitcoin twitter and see the quality of bitcoin products and projects and the intellectual rigour and debate concerning the expansion of the bitcoin ecosystem.

South African bitcoin pleb falling down the rabbit hole and willing to share every bump, scratch and knock along the way
View more articles from this author
PrevPreviousHow You’re Doxing Yourself With Portfolio Managers
NextHow To Use Muun Lightning WalletNext