How To Use Muun Lightning Wallet

Home » Articles » How To Use Muun Lightning Wallet 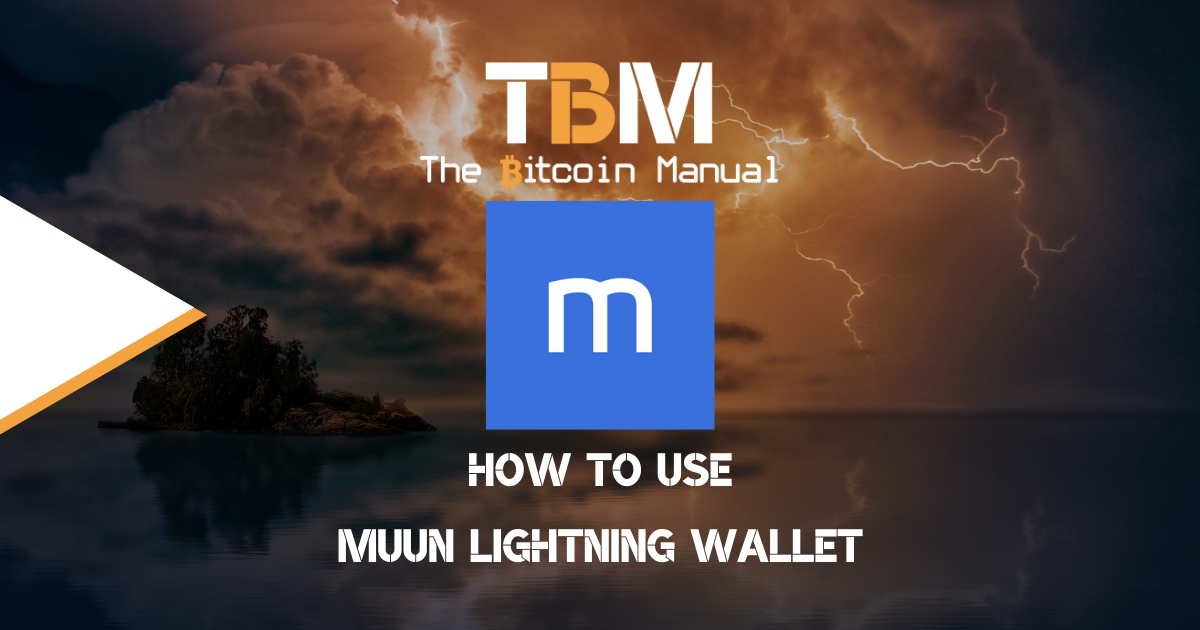 As developments on the lightning network continue, there are more and more wallets available that are getting increasingly easy to use.

Keeping it simple is where it is at to help every day people make the transition from the ever worsening fiat system to a much harder money with Bitcoin.

We may sound like a broken record when we keep harping on about Bitcoin security but owning your own private keys to your own Bitcoin wallet really is one of the key things to understand. It was what Bitcoin was built for after all, being a peer-to-peer form of digital money.

The same applies for lightning wallets, given that it runs on Bitcoin, and there are a couple of them out there that let you have full access to your keys – the one I’ll be covering today is Muun wallet.

Muun was founded by Dario Sneidermanis and has a small team of about 10 people that have been developing the app or working at the company since 2015.

The wallet itself is a “self-custodial” wallet, meaning that you have full control of the keys to the wallet, and it allows you to interact between lightning and Bitcoin’s mainchain via something called submarine swaps.

Submarine swaps are basically when you can move from mainchain to lightning without noticing. It all happens below the surface, which I guess is why they call it submarine!

This seamless interoperability between mainchain and lightning whilst owning your own keys is a powerful concept and the folks at Muun have made it so simple.

Setting Up The Muun Wallet

When you download the app for the first time, you will want to create a new wallet. Alternatively, you can restore a wallet if you have already backed-up the keys, which is covered in the next section.

Once you have created a new wallet, you will be asked to create a PIN for when you open the app.

The home screen then defaults to show your current sats balance with options to send or receive by either Bitcoin’s main chain or lightning network.

At the bottom of the app, you have three options:

As the rest of the app is really simple to use, I’ll focus on the process of getting your security set-up as that’s the key step that any Bitcoiner will tell you!

Thankfully, the team at Muun have made it really easy to back-up all the information you need to secure your keys. Here are the three things you need to do:

The Muun wallet uses something called “2-of-2 multi-signature” for additional security.

This effectively means that you need to have two private keys to sign or send transactions. One key is on your phone and Muun has the other on their servers and so you work together to send funds – but all that “working together” is done under the hood so you don’t need to worry about it.

However, as Muun only keeps one key on their servers, they can’t spend your funds as they don’t have access to the other key, which is stored on your phone. This process also means that if your phone gets hacked, the hacker won’t be able to spend your Bitcoin either as they will need both keys.

Only your Emergency Kit has both keys but this is also encrypted because you have written down the Recovery Phrase on a piece of paper. So really, it’s about as secure as it gets whilst keeping instant access available to your sats – a so-called “warm wallet”.

If you want to read up fully and understand more about how this process works, check out Muun’s post about it here.

Bitcoin On A Shoe String

Now you might be thinking, “uh, that’s such a chore, why do you Bitcoin nerds have to be so technical?” but this is what being your own bank and having good security practices looks like.

Having said that, writing all these different steps down in a blog is akin to writing a step by step guide on tying your shoe-laces – it’s a lot easier to do than it is to read about.

As I mentioned above, Muun have taken a lot of the stress away by making the security process a doddle and you’ll be absolutely fine.

The best way to learn is to get stuck in and give it a go. As always, do some “test transactions” to get familiar with the process but once you have experienced lightning for the first time, you will feel just how powerful it is to send and receive sats across the world instantly.