What Is A Bolt Card?

Home » Articles » What Is A Bolt Card? 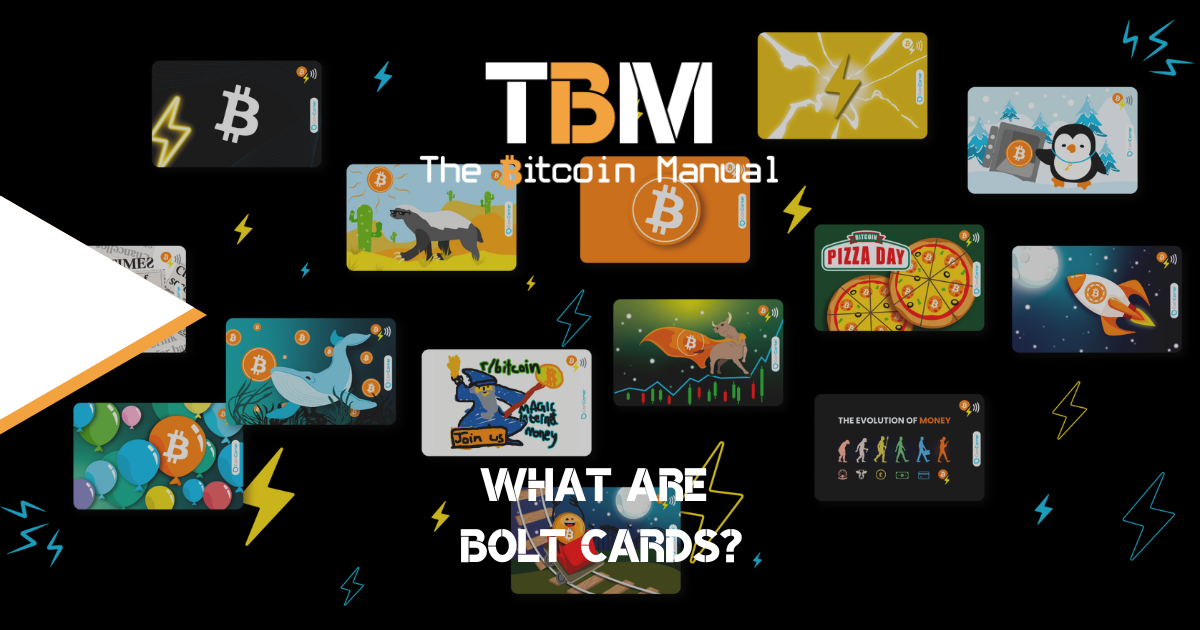 Bitcoin is the currency of the internet and continues to expand with more people adopting the bitcoin standard for its obvious benefits and efficiencies compared to legacy finance. Being the currency of the internet is already a large addressable market, but that’s not where bitcoin will stop. As programmable money, it can be used to facilitate a host of different payment options, some familiar and some unfamiliar.

To help ease the transition towards bitcoin, we’re going to see traditional payments get an orange tinge sooner or later, and The Bolt Card by CoinCorner aims to be one of the first bridges. The Bolt Card is a physical card that allows users to access the popular tap-to-pay function we see today with modern debit and credit cards.

The difference with the bolt card is you’re using bitcoin, and you’re transacting via Lightning in person or on a website on your phone.

How does the bolt card work?

The Bolt Card is a standard NFC card, but under the hood, it leverages the Bitcoin Lightning Network and LNURL, which can read Lightning Invoices and enables a user to simply tap their card on a point-of-sale device displaying a Lightning invoice and the Lightning payment is made in the background.

Since you’re using a P2P network like Lightning, there is no need for a bank account; all you need to do is connect your card to a preferred Lightning-enabled wallet to sanction payments on your behalf.

What can you do with the bolt card?

The Bolt Card can be used as:

Once connected to the CoinCorner app, The Bolt Card, you can spend with your card like you would a debit card attached to your bank account.

Alternatively, you can use the CoinCorner app to set up The Bolt Card as a gift card for family or friends. The recipient can tap the card on their phone (NFC) and sweep the bitcoin into their Lightning wallet.

What is the bolt card compatible with?

Yes, The Bolt Card is compatible with current industry protocols, namely Lightning and LNURL, which means it’s easy for other payment gateways to introduce the NFC capability to interact with The Bolt Card.

The Bolt Card is available to everyone, but some features (e.g. debit card functionality) are only available to CoinCorner customers.

Current limitations of the bolt card

The limitation of this payment solution is that it needs a CoinCorner or BTCPay Server Lightning-enabled POS device to work. This severely limits the number of merchants who can accept payments and creates a barrier to payments. Sure, merchants can simply boot up a Lightning wallet on their Smartphone and accept payments with the right software, but this might only appeal to smaller merchants.

The other limitation is the UI when there is a lack of a screen means that users can’t verify the transaction’s details on their device. That means they would have to trust the merchant not to overcharge them.

This is a big problem, considering bitcoin’s unofficial slogan is

However, no solution will be perfect, and there are always trade-offs and trust assumptions with every purchase.

Is the bolt card open source?

You can also gain access to the Bolt Card code on GitHub and make your own changes should you find some issues you’d like to work on yourself.

There you have it, yet another way to make bitcoin purchases and might be a powerful way to get others to understand the concept of bitcoin through a path they’ve used so many times in the past. You might consider getting one for yourself, or you can use it as a gift card to give bitcoin to a friend or onboard them to the Lightning network.

If you want to learn more about the bolt card, we suggest the following resources be added to your research as you dive down the rabbit hole.

South African bitcoin pleb falling down the rabbit hole and willing to share every bump, scratch and knock along the way
View more articles from this author
PrevPreviousWhat Are Simplified Multipath Payments?
NextWhat Is Lightning Pool?Next