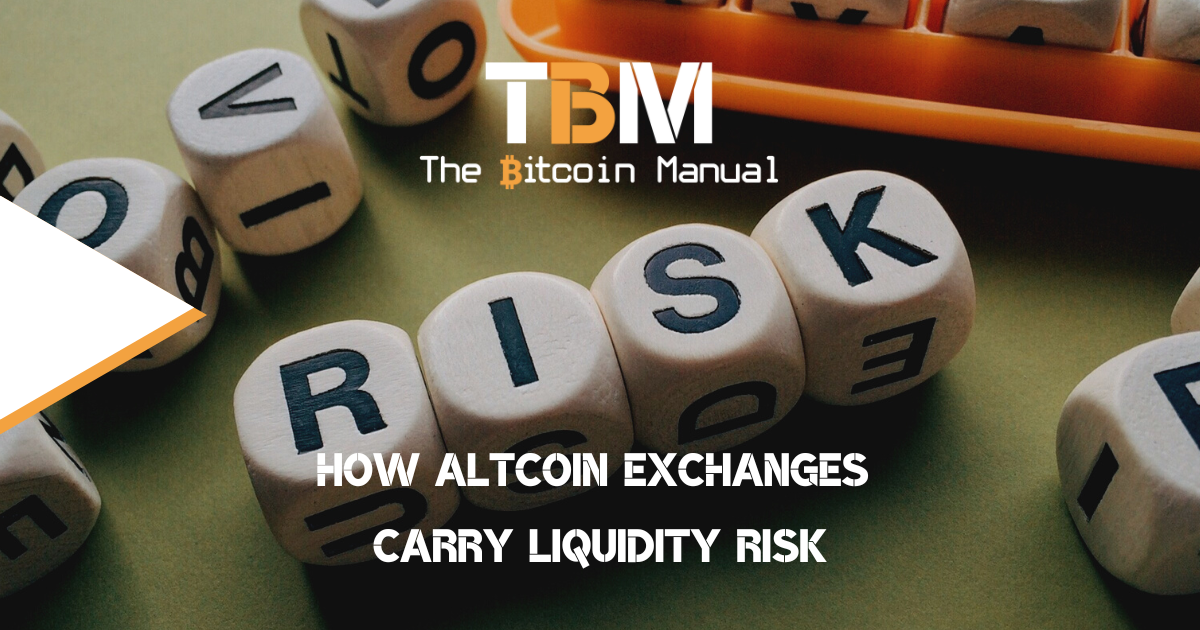 Once you venture into the world of bitcoin and plan to acquire some, you’re faced with the reality that centralised exchanges are the easiest, cheapest and simplest way to get exposure to bitcoin. These on-ramps have market demand, and these fintech services function similarly to banks. You deposit fiat currency with them, and these exchanges allow you to trade it for bitcoin.

They’ll even hold it for you, so you don’t have to set up a wallet, which makes it fairly simple since you’re not interacting with a blockchain; you’re interacting with an interface and a centralised database. The bitcoin you have in your account is a coupon; it’s a promise to redeem funds later in the future. If you want to exchange that coupon for real bitcoin, you’ll need a bitcoin wallet that can generate its own keys.

Bitcoin is a bearer asset and should be held in self-custody if you want to avoid others handling your money, but many still choose to allow exchanges to handle their funds either out of fear or ignorance.

While funds are in the custody of an exchange, you might think your bitcoin is safe and sound, but you could be taking on far more risk than you realise. During this recent bear market, we’ve seen plenty of exchanges face a massive liquidity crunch and end up unable to operate, leaving customers stranded.

So why does this happen, and why do exchanges end up without the funds to pay customers?

What Is a liquidity crisis?

In a liquidity crisis, liquidity problems at individual institutions lead to an acute increase in demand and a decrease in the supply of liquidity, and the resulting lack of available liquidity can lead to widespread defaults and even bankruptcies.

What are exchange tokens?

Exchange tokens function just like any other token, made up with no backing and no real buyers. They are often sold to users of a certain platform and can trade on secondary markets or hold to access special features like feeless trades.

Examples of exchange tokens include:

You can usually buy exchange tokens directly from the cryptocurrency exchange – which will often pay you in the token as a reward for completing tasks or trading certain coins. These tokens are often paired with either a stablecoin or bitcoin to set up a market. The exchange uses these tokens as a tradeable coupon, you give them actual value in the bitcoin or stablecoin, and you get this coupon.

You can choose to hold it for the benefits or price appreciation, or both, but these tokens are nothing more than coupons on a blockchain. Exchange tokens do not equate to stock in the company and do not usually confer governance rights over the exchange.

While exchange tokens offer the platform additional revenue in sales, fees and an asset on the balance sheet. These markets are often flimsily traded, with most trades happening on the exchange and the exchange being the only natural buyer of these coins.

What Is Mark to Market (MTM)?

Mark to market (MTM) is a method of measuring the fair value of accounts that can fluctuate over time, such as assets and liabilities. Mark-to-market aims to provide a realistic appraisal of an institution’s or company’s current financial situation based on current market conditions.

In trading and investing, certain securities, such as futures and mutual funds, are also marked to market to show the current market value of these investments.

You’re probably wondering, what are you on about, with this is a boring accounting technique; why is this important to exchanges or the likelihood of a liquidity crisis?

Well, it’s the technique exchanges use to beef up their balance sheet. If they own most of the supply and can mint a supply of a token at will, they can leverage mark-to-market accounting to pretend that their balance sheet is bigger than it is and that they are solvent when they are not.

Let’s say you’re an exchange, and you know that only 10 BTC of your exchange token is traded every day; you can manage the redemptions and even remove some supply in the process to try and move your token price up. As your token price moves, and you’re holding a certain amount, you can mark the new value of your total holdings based on this price that could only be redeemed up to 10 BTC.

While it looks like you have billions in your treasury, if anyone were to dump 10 or more BTC worth of your token at once, that order book would have to reflect the fair market value for your coin, which in most cases would be zero since there are no natural buyers of the exchange token, or rather not many that could justify the current valuation.

This issue of marking up crypto assets on your balance sheet doesn’t only apply to exchange tokens but all altcoins. A prime example of the risk played out during the Luna collapse, with many exchanges holding Terra and USDT, which effectively went to zero. Leaving exchanges with a gaping hole in their balance sheets, and some simply never recovered.

The exchanges that failed due to Luna didn’t have to make the entire market; they only had to have exposure to a failing market. It only takes one token to fail and your exchanging having a material part of their balance sheet in that token to see the entire house of cards collapse.

If you’re leaving your bitcoin on an exchange that runs into a liquidity crisis, your funds which have nothing to do with the exchange token or any of the other altcoins that might be crushing, could still be at risk.

As the exchange’s balance sheet implodes, they might not have the assets available to honour the redemption of your bitcoin. Instead of being set aside for you, it could be used in their business through various trading strategies and open market operations.

By the time you wake up and ask for your bitcoin back, you might find nothing left, and you’ll have to try and fight for pennies on the dollar in bankruptcy court if you’re lucky. If this sounds appealing to you, by all means, go ahead and leave your bitcoin on exchanges; if it doesn’t, then it’s time to set up a cold storage device and pull those satoshis off the exchange like a responsible bitcoiner.

Do you use a shitcoin casino, or have you switched to a bitcoin-only service to acquire your satoshis? Do you find these multi-coin exchanges valuable in your neck of the woods and see them as a necessary evil? If you do use one of these casino exchanges, what would get you to switch to another service?

South African bitcoin pleb falling down the rabbit hole and willing to share every bump, scratch and knock along the way
View more articles from this author
PrevPreviousWhat Is The Lightning Developer Kit?
NextWhat Are Dormant Bitcoin Addresses?Next