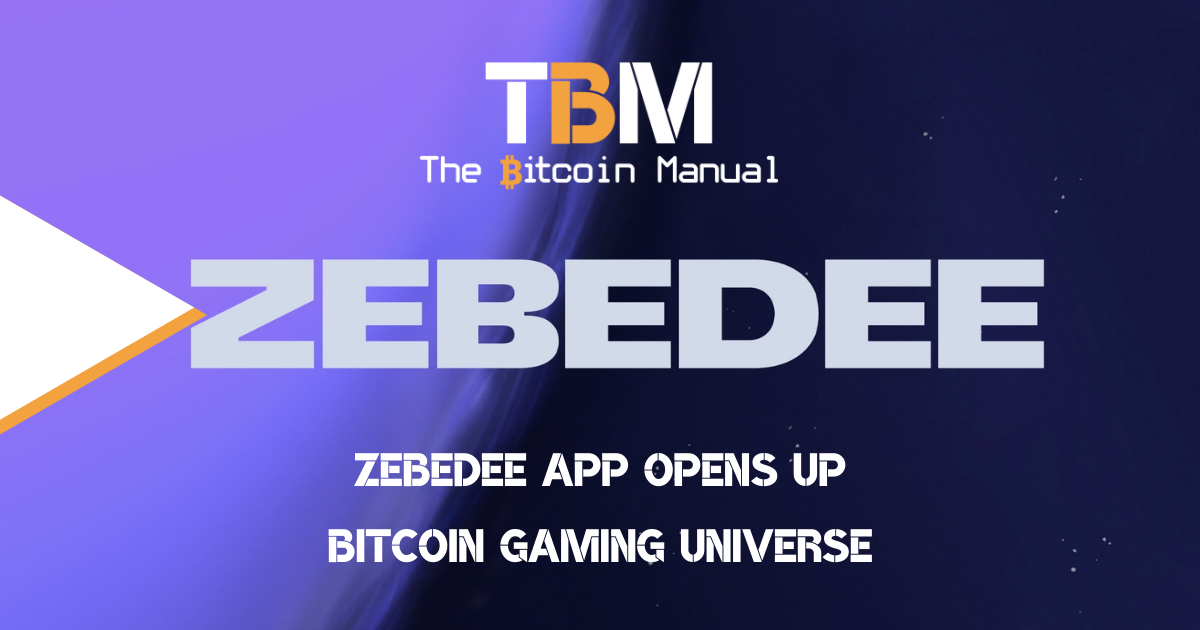 Ever since I’ve jumped in to the Bitcoin Gaming rabbit hole, I’ve been inspired at how much work is going in to orange-pilling anyone who loves spending a bit of time playing mobile games!

It’s a huge market to tap in to after all, with an estimated $93 billion in revenue provided by around 3 billion smartphone users. The show is just getting started for Bitcoin gaming!

Since its launch in 2009, Bitcoin has been through many upgrades to help developers add services and apps on top of its secure and robust main chain.

One of these layers that has been developed is the lightning network which has facilitated many instant and very low fee transactions of fractions of Bitcoin, known as sats.

This is a perfect set-up for Bitcoin gaming as it allows companies to provide tipping services for fans to send or donate small amounts of Bitcoin to players with a very low cost of transaction.

Ideal then for livestreamers as they show their followers their immense skill (or if they’re having an off day, getting rekt lol)!

ZEBEDEE is a global financial technology (“FinTech”) company whose team has created the architecture and developer tools necessary to incorporate real-time Bitcoin transactions into online games.

Multiple benefits, such as play-to-earn and payment-based mechanics, are possible, and allow for the creation of interoperable economies across different games developed by independent studios.

ZEBEDEE lets game developers put Bitcoin into their games with an easy to use developer dashboard and API. Then, it lets gamers get that Bitcoin out with the ZEBEDEE app.

According to their website, they are backed by Lakestar, which is a European venture capital firm investing in digital and technology companies, and Initial Capital, a London & Silicon Valley based investment firm specialising in early start-up gaming companies.

With those heavyweight funding firms behind them, I’m sure we’ll be seeing plenty more integrations of Bitcoin into various video games going forward.

When I first started writing about the ZEBEDEE app a few months ago, it was essentially a lightning-integrated Bitcoin wallet that allowed gamers to send and receive varying amounts of sats. If you verified your account, you could hold and send more sats with the wallet.

Recently though, they did a big upgrade of their wallet as they wanted to focus more on the gaming side, not just being a Bitcoin wallet for gamers.

This upgrade put the “ZEBEDEE Universe”, as they call it, at the forefront of the app so you can explore all the offerings and latest news going on with Zebedee.

Instead of it being just showing your balance and a list of all your transactions, you can see the latest games, quests, challenges and updates of integrations with their “Explore” and “Discover” sections.

Despite a very active and growing Discord server, I sadly can’t be in there all the time interacting with all the cool cats as much as I’d like.

Otherwise I wouldn’t get anything done (although earning sats playing games is still productive I guess)!

Add to that, I found that the Discord app in general is quite a drain on the phone battery so I don’t have it on my phone anymore, and the more servers you’re in, you’ll be bombarded with notifications.

However, with the latest update to the ZEBEDEE app, you’re kept up to date with the important bits in there to keep you in the loop of developments, quests and any new games they are supporting.

This can all be found in the explore and discover sections of the app with banners that you can slide across to find out more. As you can see, there’s a few games that are supported, some of which we’ve covered here on TBM already:

This all-in-one update and having all things relating to ZEBEDEE whilst giving you the choice if you wanted to connect to other gamers in the Discord was a great move in my opinion.

Discord can get pretty intense with notifications flying around here there and everywhere, particularly if you are in different servers.

However, popping in to the community server as and when I’m online has been a good compromise. Especially now the app fills in the rest with the live ticker feed in the explore section, covering the main headlines!

That leaves more time to dive in to these games, earn some sats and, when you’re done, see what else is going on in the ZEBEDEE Universe – happy gaming 😉

British bitcoin pleb falling down the rabbit hole and willing to share every bump, scratch and knock along the way
View more articles from this author
PrevPreviousWhat Is A Dual Funded Lightning Channel?
NextWhat Are Bitcoin Whisper Addresses?Next