Why Does Bitcoin Have Transaction Fees?

Home » Articles » Why Does Bitcoin Have Transaction Fees? 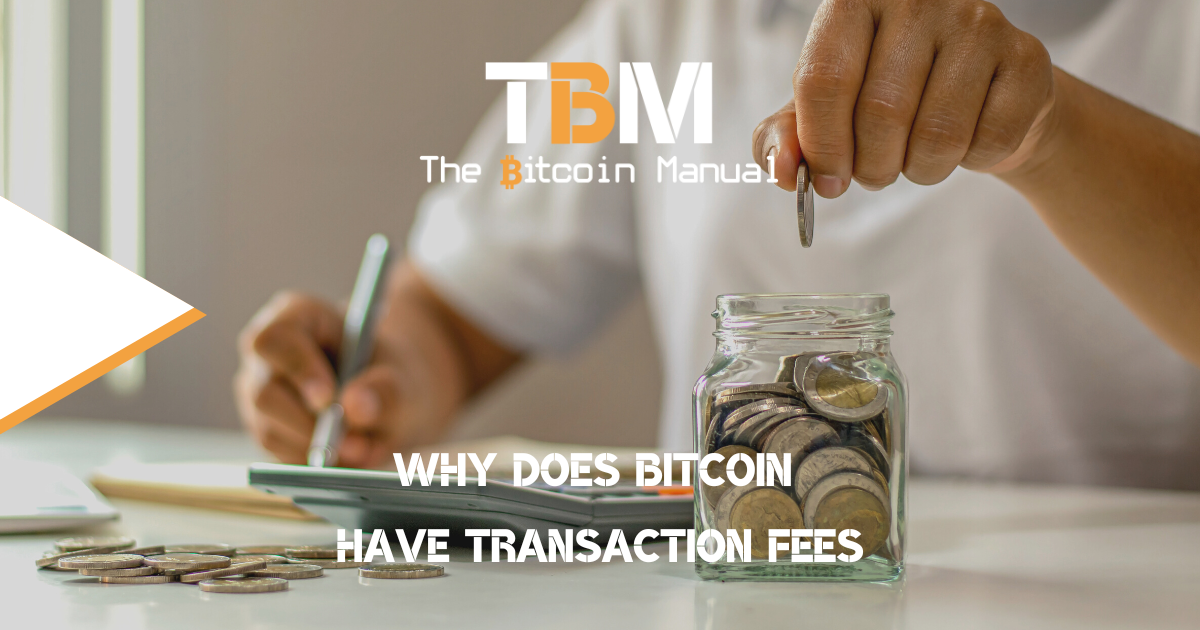 All bitcoin transactions are permanently recorded on the blockchain, maintained with a copy on all full nodes. While recording transactions and keeping an archive of transaction history is handled by the nodes, adding to the chain goes through a different process.

Confirming and securing new transactions on the network requires highly specialised computer hardware called ASIC miners, which are responsible for adding transactions to the blockchain to finalise them in a process called mining.

Since blockchain networks are secured and operated by volunteers who wish to support the network and provide much-needed security and final settlement. The process of adding a transaction to the chain will incur fees which are paid to the miners who successfully add a block.

Fees are essential to bitcoin.

Bitcoin transaction fees are an essential component of the blockchain network. They reduce the incentive to spam the network and ensure that the limited block space is used as effectively as possible.

When Satoshi Nakamoto created the Bitcoin blockchain, he implemented transaction fees to prevent spam transactions that could slow down and clog the network. Transaction fees not only provide an incentive for miners to validate transactions but act as an ever-growing form of compensation as the block subsidy gets smaller after each halving.

The fees charged for adding a transaction to the chain help support network security by keeping miners profitable, and once all bitcoin has been mined, fees will be the sole source of income for miners.

What are bitcoin transaction fees?

To the average user, their experience with transaction fees would be the difference between the amount of bitcoin sent and the amount received. You will notice that when you perform a transaction, the amount you sent from an exchange to your wallet will not be the same exact figure, and a few satoshis would have been taken off the balance to pay the mining fee.

Conceptually, transaction fees reflect the demand for block space and the speed with which users want their transactions validated on the blockchain. When miners validate a new block every ten minutes, they also validate all of the transactions within the block. If you can wait for your transaction to settle, you can set a lower fee; alternatively, if the network isn’t very busy, a low fee can net you a next block settlement.

How are transaction fees determined?

Transaction fees are based on the data volume of a transaction and the congestion of the network. A block can contain a maximum of 4 MB of data, so there is a limit to how many transactions can be processed in one block. Larger transactions will take up more block data; thus, bigger transactions typically pay fees on a per-byte basis.

When you send a transaction with the help of a bitcoin wallet, the wallet can automatically select a fee based on its settings. Alternatively, wallets can provide you with manual control and which would result in the option for you to select your fee rate.

Another component of the fee market is the type of transaction you’re conducting. Certain transactions can come with added scripts and complexity. This results in more data added on-chain, which adds to the cost.

Having said all that, it is still complicated for the average user to calculate the transaction size based on these factors.

Security and final settlement come at a cost.

When conducting transactions, we’re all used to paying fees with our bank, credit card provider or finance app and bitcoin is no different in that regard. You are paying for a service, the service of securing your transaction with a final settlement that cannot be disputed, censored, altered or changed. Once confirmed on-chain, there is also no way to reverse a transaction, and for that level of security and assurance, you will pay a fee.

This doesn’t seem like an unreasonable ask, yet you will hear plenty of altcoin proponents telling you that their blockchain is cheaper or has no fees when compared to bitcoin. Yes, their blockchain might be cheaper or fee, but it’s that way because it’s not a blockchain in demand, it’s less secure, the asset you’re using isn’t as valuable as bitcoin, or they’re hiding transaction fees through inflation and selling pre-mined tokens.

Bitcoin transaction fees can become expensive, but if users know how it works or how to use the network more effectively, they can avoid it, such as going off-chain or using the base chain at certain times. Since bitcoin’s transaction fees fluctuate, it’s also essential to check the blockchain’s current status should you conduct on-chain transactions.