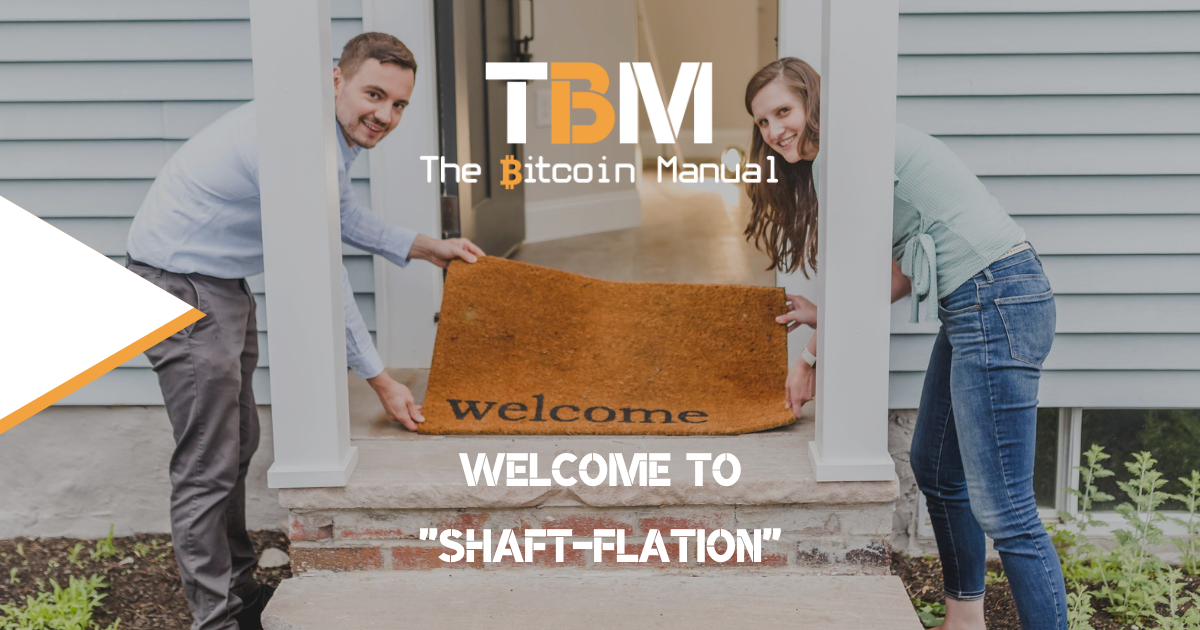 In the UK mainstream media this week, there have been plenty of worrying stories about the cost of living increasing exponentially due to a combination of increased taxes, energy and groceries prices and interest rate rises affecting things like mortgage rates.

The latest round pointing to a triple whammy hitting us on April 1st, which sadly is no joke (although we can but hope)…

There’s no getting away from it. We really are living in a messed up time and everyone is feeling the effects of inflation across the world and the UK is not exempt.

There is a phrase that has been going around called “The Everything Bubble” where everything is costing more despite wage increases not even coming close to cover these additional costs.

Now you may be thinking that this is normal and is part of every day living as prices go up “just because they do”. However, I don’t think that’s normal at all and this way of thinking has merely been normalised, simply because it’s what we’ve been used to for a generations.

Having a curious mind, I always wonder why things like this happen and it’s pretty obvious when you strip away all the noise.

There is one common denominator causing all of this leading us to being royally shafted in what I call “shaft-flation” – where the term “inflation” just doesn’t cut it anymore.

It’s pretty simple – fiat is the root cause, or rather the complete mismanagement of fiat from central bankers and governments.

See, money itself isn’t a bad concept. In its simplest form, it’s meant to be token of your productivity that you can redeem for goods and services at a later date. From Jason Deane’s excellent webinar series, economists generally agree that money is a:

In the Everything Bubble, prices of everything rise but they are still the same thing they were yesterday, last week, month, decade and beyond.

So the product itself hasn’t changed. Energy is still energy, food is food, a house is a house and so on.

Yes, there are supply and demand factors that come in to play where the more demand there is of something, the less supply there is, which will drive prices up.

But this phenomenon is generally a short term effect until supply readjusts to match demand of that good or service. Housing developments are always happening, new energy sources are always being found and new ways to grow food are being researched.

This should eventually lead to a “normalising” of prices in theory but as we’ve seen over decades, prices just continue increasing.

When you factor that in to the Everything Bubble, you’re left with the unit of account that you use to measure the prices of these things in, which is fiat money.

In other words, from the definition above, fiat over the last 50 years has been a medium of exchange, unit of account but a really, really, REALLY bad store of value

However, if you were looking to put that money away to save for a house purchase then you’d probably just put it in a savings account with an interest rate of 1% at your bank and build up a deposit over 10 years.

House prices have gone up by nearly 50% in the last 10 years and if you can believe Bank of England’s inflation calculator showing that inflation averaged 2.6% in that same time frame, suddenly £1,000 doesn’t buy you as much anymore.

In other words, the purchasing power of your money has gone, through no fault of your own, and this is the main symptom of “shaft-flation”.

The first course of treatment is to develop your understanding of what money actually is and how it works. You can go back in to the history of it and see how it’s taken different forms, it’s actually pretty interesting.

Of course, another well documented solution is to invest in assets that will outperform inflation or increase your cash flow at a greater rate than inflation to get ahead of the curve.

Being a Bitcoin site though, you probably know where this article is going but for me, opting out of the fiat standard in to a new money in the form of Bitcoin is a no brainer.

Sure, everyone always looks at the “price” of Bitcoin and evaluates it in the form of fiat money because that is mostly everyone’s unit of account.

However, what if Bitcoin became the unit of account and was THE money we were using?

This is a concept known as hyperbitcoinization where, instead of having different government issued monies, it was just Bitcoin used across the world.

This may have sounded far fetched a few years ago, even I was a little dubious about it but after El Salvador adopted Bitcoin as legal tender in 2021 and there’s strong suggestions that 3 other countries will be joining this move in 2022, I’m not as dubious as I once was.

I think hyperbitcoinization may be coming a lot sooner than we think for countries whose economies are not as “strong” as the US Dollar, British Pound or Euro.

Whether my beloved UK will adopt it remains to be seen but with some states in USA making moves to make BTC legal tender, we’re seeing something truly extraordinary happen.

Bitcoin offers a way out of fiat as it is a new form of money with a fixed supply, capped at 21 million coins, with each Bitcoin being divisible by 100 million smaller units called satoshis (like pence to a pound).

So if Bitcoin becomes your unit of account, your sats purchasing power won’t be diluted away due to the creation of more Bitcoin because of the way it works.

This is the opposite of what we’re seeing with fiat money where more units are being printed out of thin air by some random person on a whim at the central bank. Thus causing you to require a lot more units to buy the same thing you could 10 years ago.

Oh, by the way, this person, the beloved Andrew Bailey who is in charge of the Bank of England, would rather you didn’t ask for a pay rise either to help deal with the impact of your purchasing power being eroded.

Look, you can do what you want with your money. If you think everything is fine, don’t let this random person in a t-shirt and jeans on the internet tell you otherwise.

For me, everything is not fine so I’m opting out of fiat to Bitcoin and save my productivity in this new money. Well, at least saving what’s left at the end of the month after shaft-flation fully kicks in on 1st April anyway…

British bitcoin pleb falling down the rabbit hole and willing to share every bump, scratch and knock along the way
View more articles from this author
PrevPreviousBitcoin Gaming: Lightning Crush
NextWhat Gives Bitcoin Its Relative ValueNext