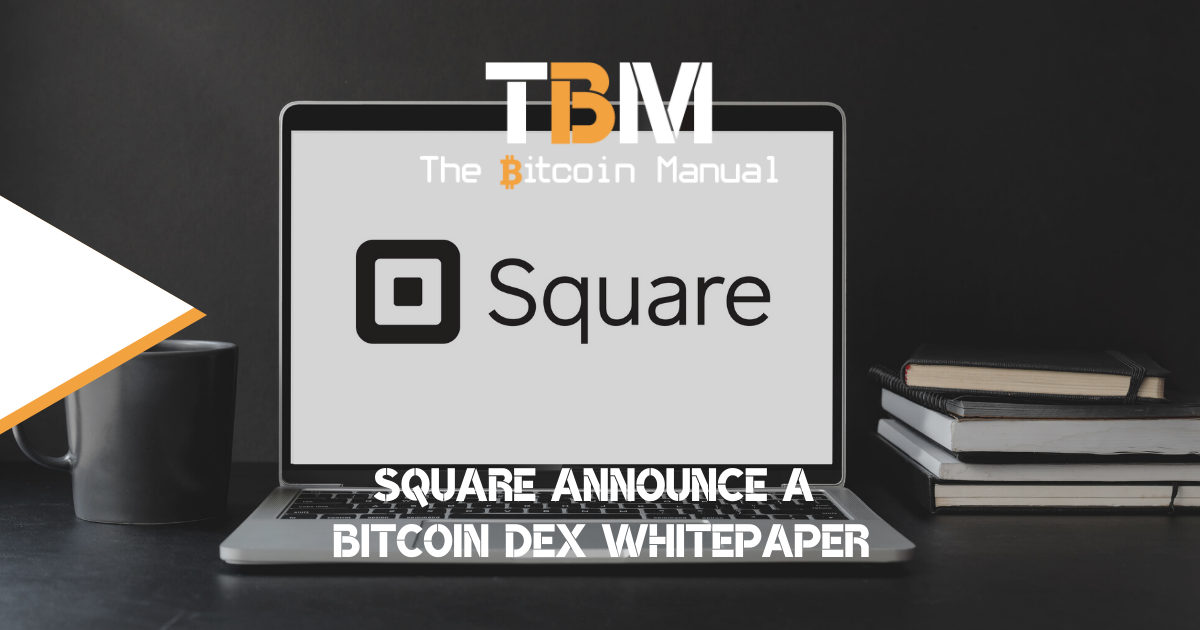 Jack Dorsey has made no secret of his affinity for Bitcoin, the tech Billionaire known for his companies Twitter and Square has slowly begun to integrate Bitcoin. Twitter launched Bitcoin native tipping on its app in 2021 with the help of Jack Mallers Strike app, which is available in some countries and still looking to have a global rollout.

Additionally, Jack had announced On October 7, 2020, that Square, Inc. purchased approximately 4,709 bitcoin for a price of $50 million. The company not only added Bitcoin to its balance sheet, but it’s looking to leverage the technology too.

Square’s top-secret TBD Bitcoin exchange project had been a rumour with statements that a white paper would be released this November. The idea of bringing Bitcoin to the masses is a mission Jack Dorsey, CEO of Twitter and Square, holds dear.

Jacks has recently been in the news about his remarks of hyperinflation hitting the world economy and believes Bitcoin would be the tool to rescue a system headed for collapse.

As November rolls around.

Jack held to his world the news broke today. Square announced it would be looking to roll out an open-source affordable hardware wallet option for Bitcoin. Now Jack has broken the news that Square will be funding an open-source DEFI protocal leveraging Bitcoin in the form of a Decentralized Exchange.

The tbDEX protocol aims to create a Bitcoin exchange with ubiquitous and accessible on-ramps and off-ramps that allow the average individual to benefit from Bitcoin innovation.

All cryptocurrency exchanges face serious issues due to their centralised nature that pose serious challenges, such as KYC and AML laws. In addition, fiat rails are regulated, and no interface with either the traditional monetary system or “real world” can be completely trustless.

This means that such exchanges of value must necessarily be based on other means of governing social trust. Decentralised identifiers (DIDs) provide part of the solution by enabling verifiable digital identities that facilitate trustworthy exchanges between counterparties.

But the main benefits are lost if the DID method is not implemented in an open, permissionless, and censorship-resistant manner.

What tbDex is trying to solve?

The tbDEx project proposes a solution that does not rely on a federation to control permission or access to the network, nor does it dictate the level of trust required between counterparties.

There is no governance token.

Instead, the tbDEX protocol allows participants to negotiate trust directly with each other — or mutually and voluntarily rely on trusted third parties to vouch for the counterparty.

Transaction costs are ultimately driven by risk. At maximum anonymity, transaction costs will necessarily be higher; at maximum disclosure, they should be lower. This approach to price discovery allows the marketplace to find the right balance.

The tbDEX protocol also facilitates the secure exchange of the minimum necessary identity information acceptable to counterparties in order to satisfy requirements, be they legal, regulatory, or related to any other consideration of risk. The protocol itself neither collects nor records any personally identifiable information.

Square up to DEFI.

The new business joins existing payment services like Seller, Cash App, and Tidal. With the “sole goal of making it easy to create non-custodial, permission-less, and decentralised financial services”.

Dorsey endorsed. However, Dorsey also emphasised that the business will be primarily focused on Bitcoin, promising transparency like in his previous ventures.

Square also announced last month that it would invest $5 million to build an open-source, solar-powered Bitcoin mining facility with blockchain technology provider Blockstream Mining. With complete renewable energy, the stats related to the project will also be made open to the public.

Square realised that the need for permissionless and decentralised services would continue to grow, especially in developing nations. A market these neo banks cannot fully crack. However, with the help of Bitcoin, they are placing a bet on building Bitcoin rails via the new business of Square, TBD.

The decentralised Bitcoin exchange could allow Square to onboard users that they could later migrate into their centralised services at a later stage.

DEFI seems to be a term synonymous with the altcoin space, and it is time that Bitcoin-based products start to compete for market share and provide new ways to access and leverage the asset. If centralised exchanges are the only way to access Bitcoin, it severally limits the on-ramps and off-ramps for people and, of course, limits privacy.

So, of course, DEFI access to Bitcoin is a tool that will service a growing niche of people who want to avoid working with regulated entities or providing their personal data. tbDEX is not the only product of its kind, and there are services like Bisq that allow you to access Bitcoin in a P2P manner. This announcement brings more eyeballs into the space could bring more investment to competitor services too.

Something that could kickstart the next funding niche for Bitcoin.

Despite the announcement and white paper release, we do not yet know much about what the system will look like or how it will operate. So while this may create some media frenzy, it’s important to take news like this with a pinch of salt. Once ideas like these are announced, it brings with it more eyeballs and more oversight from regulators.

Jack has played his hand, but it does not mean his project won’t endure considerable uphill battles, despite his wealth of resources.

South African bitcoin pleb falling down the rabbit hole and willing to share every bump, scratch and knock along the way
View more articles from this author
PrevPreviousDoes Bitcoin Have Inflation?
NextDoes Bitcoin Have A Limited Supply?Next