How To Send Bitcoin Through Discord

Home » Articles » How To Send Bitcoin Through Discord 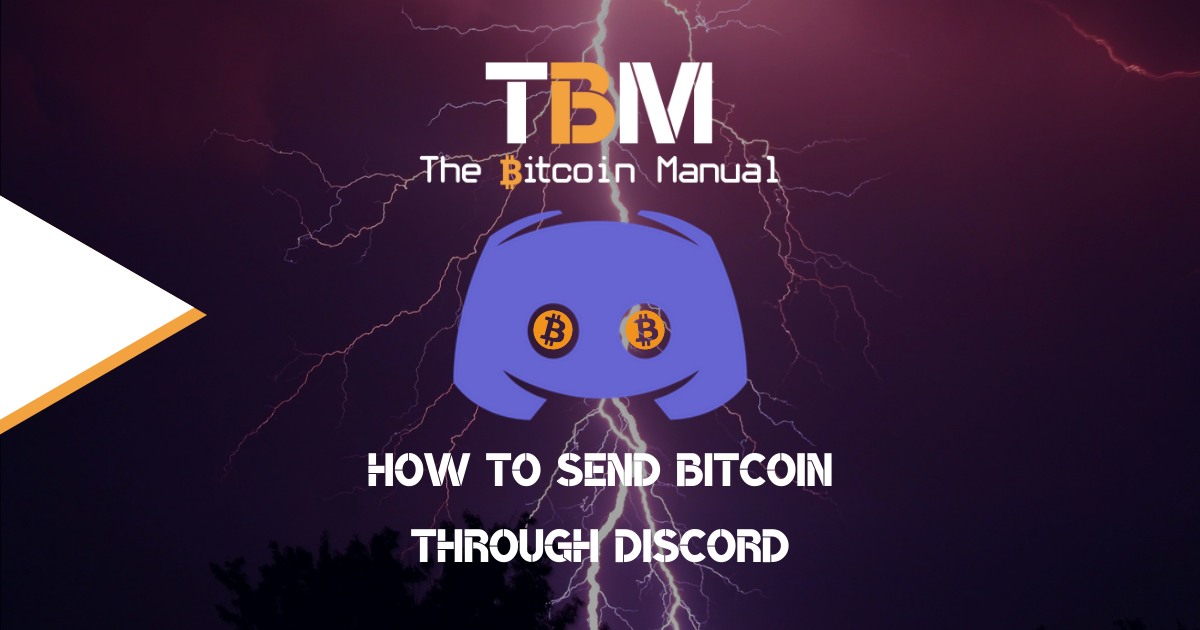 As far as gaming goes, Discord is the main app that everyone uses to hang out in and get to know fellow gamers. Or throw some insults and banter at each other instead lol.

For those of you who haven’t heard of it, Discord provides a service where you can create a fully customisable chat room with different chat channels for different topics. An ideal place to have people of similar interests, not just gaming.

It had been a while since I stepped foot in Discord and I even deleted my account last year but decided to create an account again to join a Discord server that is run by Bitcoin gaming company, Zebedee.

Since I have dabbled a bit in gaming and been even more insatuated with Bitcoin, the marriage of these two worlds has really excited me, particularly with the potential that the Taproot upgrade has unlocked.

It is really easy to set up an account with Discord so there’s no need to go in to that in this blog. Instead, I’ll be honing in on the Bitcoin integration which has blown my mind at its simplicity.

Lightning Is Made For Gaming

The lightning network is a payments layer built on top of the Bitcoin blockchain that allows microtransactions between other users to be done instantly and at little to zero fees.

This is ideal for gamers to make wagers with each other or for in game rewards to be redeemed instantly or payments for upgrades to the gaming experience in-game. The list goes on.

As Zebedee’s mission is to help developers bring real-world money in to their games, they tap in to Bitcoin’s open monetary network to facilitate this.

You can join their Discord server (mention Nicky Havey sent you) and from there, you can download their lightning wallet to your smartphone and as a browser extension.

There is a bot that tells you what to do via DM but it was literally two steps to connect Discord to the app and you’re good to go.

Once you’re in the server, there’s some shortcut commands that you can use that will send sats from your Zebedee wallet to another user in Discord.

These shortcut commands are rather like the shortcuts you use on your keyboard like “Ctrl + Z” to undo a mistake on a word document.

With the clever bots that exist in various Discord servers, you simply use a command that is relevant to the bot and it will activate.

For Zebedee’s tipping bot, it’s a case of typing a command and the username of the person in the message box and press send.

Ease of Use of Sats Tipping

Needless to say, the ease of use of these commands in Discord opens up a huge potential for tipping content creators or livestreamers via Discord and vice versa.

Fans or gamers can interact with each other, make bets and use the tipping command to quickly and seamlessly send sats to one another without having to go through setting up lightning invoices.

This approach of having all the technical side taken care of with a simple interface and command really makes a big difference to how people interact with Bitcoin.

It instantly becomes more accessible and merging Bitcoin with in-game currencies is a really interesting dynamic that I can’t wait to see develop as time goes on. Especially as more and more Bitcoin games are coming online.

British bitcoin pleb falling down the rabbit hole and willing to share every bump, scratch and knock along the way
View more articles from this author
PrevPreviousCan You Earn Bitcoin From Gaming?
NextDoes Tether FUD Matter To Bitcoiners?Next