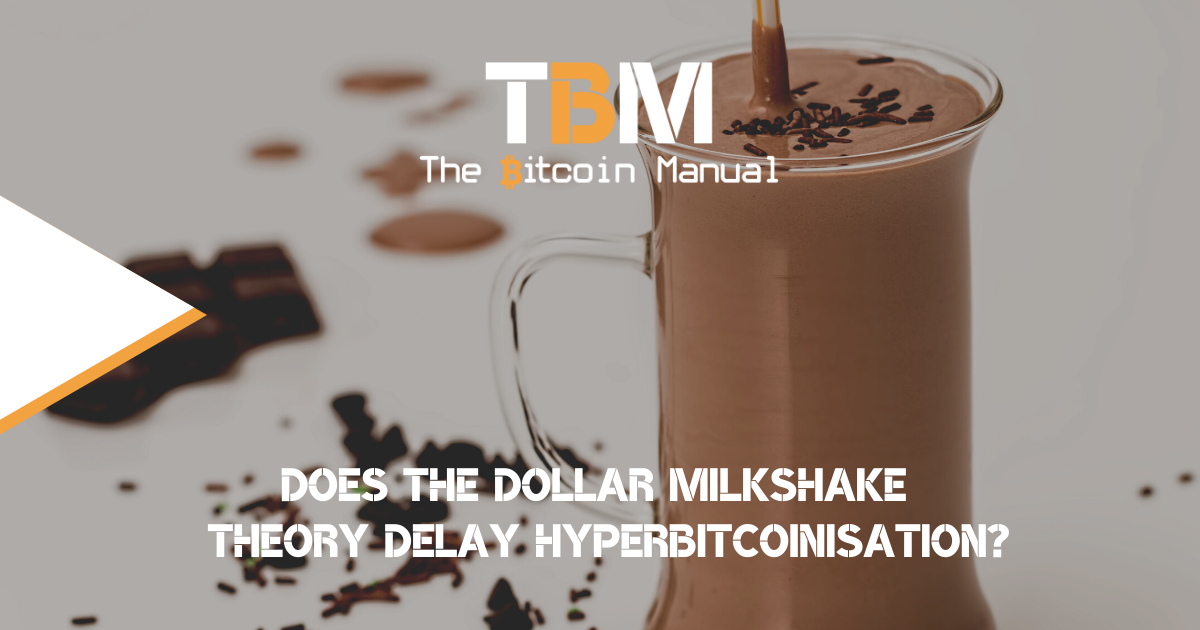 I was born in South Africa in the millennial generation and categorised in the “previously disadvantaged” camp when referring to the racial divide. So It was implausible that I would have acquired any assets in my lifetime; all I could access was currency.

Sure, I could access debt, but due to my low income and lack of a credit record, I don’t qualify for the most favourable debt terms.

As a millennial, you are more likely to lose in the game of interest rate apartheid. The debt game is based on having already accumulated assets if you want to leverage the actual value of fiat mining. Credit creation always favours those who can run up more extensive lines of credit.

The wealthiest people in the world aren’t sitting on piles of cash; they’re either sitting on assets or equity that were backed by a metric tonne of debt.

If you don’t know how to invest, get into debt, that’s the game plan, and it works.

I’ve heard this advice all the time, go to the bank, leverage debt, purchase a “starter home”, then use the rent to repay the bond. As the bond builds equity, you can refinance at a more favourable rate and use the equity to purchase a second home. Keep repeating the process until you have several forms of income.

I often say the real estate game is the most overleveraged trade I could think of, and it’s as if there’s an infinite amount of suckers ready to bank on this Ponzi like scheme.

Essentially what you’re doing is leveraging credit creation to drive up home prices, making it unaffordable for others. Forcing them into a renters market and then rent-seeking off the labour of others, who are pushed further down and can never acquire assets.

You effectively condemn others to a life of financial insecurity but pat yourself on the back, saying you’re providing them with a home. To me, it’s such an anti-human mindset when it comes to investing.

Corral as many people under you and marginalise them on a basic human right which is shelter and extract what labour they can spare other than what they need to save to survive. Call me crazy, but my idea of investing is to deploy capital that enriches all and drives abundance, not monopolising cash flow in a trickle-up fashion.

So holding this frame of mind and the fact that I would be playing it rather close to the chest when looking at the capital I could access, I decided to avoid the tried and tested real estate game.

A decision that fucked me as the capital I had saved meant nothing to the bank and continued to debase as I sat on it; I needed a home for it, I eventually found that home in Bitcoin, but that’s beside the point.

Developing nations citizens are failing to outpace the hurdle rate.

You see, I knew I was royally fucked by the throw of the dice for some time, but the idea sat in the back of my mind. I was still relatively privileged. I had an education, I had some resources, and my worth ethic.

Despite the footing, I thought I could work my way out of the morass I found myself in; I was wrong.

That’s three strikes; I’m officially out of the game and most likely will be condemned to a life of poverty.

I am not alone on the losing side. Financial stability is not only a privilege, but it’s also a dream for many in developed nations, and it’s a fallacy for most of us in so-called emerging markets. Unlike many of my peers, I’ve sat down and done the math, and it’s a pretty disturbing outcome. The rate at which my local currency continues to debase creates a hurdle rate that local investment cannot offset in real terms.

Does my math check out?

Since I am pretty aware of the effects credit expansion has on all economic calculations, I realise that the more currency units in circulation each year, the harder it is to find the signal in the noise. Since most people don’t consider credit expansion, everything seems to be wholly mispriced.

People are running businesses and making investments based on “official inflation rates” that are grossly manipulated to maintain specific interest rates and tax bracket calculations.

If I overlay the South African M2 money supply as my base case for currency unit inflation, it sits at around 12% annually for the last ten years. A figure I cannot verify, I don’t know if these are exact numbers, but these are the figures I could find online, so let’s run with it, shall we?

If currency inflation is 12% per annum, that renders the following as a negative return

At the current rate of currency inflation, there is no place to hide for a South African investor and using the fisher effect. It seems that most investment vehicles are negative-yielding in real terms.

When you have a currency that continues to debase at greater rates, so it does not fold under the debt load, we see continued mispricing. As wages, prices for commodities and business operations continue to misprice; it breaks down industries. The currency debasement rates make certain investments and business models unprofitable, further destroying productivity.

The more productivity destroyed, the fewer goods and services, the fewer economic output per unit of currency, the more inflation and thus pushing the currency further towards destruction.

Eventually, one will need to seek refuge in a monetary network that provides more stability, which to me is a clear race between Bitcoin and the US dollar.

What is the dollar milkshake theory?

It was popularised by Brent Johnson, the Dollar Milkshake Theory, which is an economic climate where we would see a rapidly appreciating US Dollar over the next few years, relative to other world currencies.

Because the world is completely run by fiat currencies, cash whose value is not backed by some physical good such as gold or silver, Brent expects a massive devaluation of currencies across the board. As the current fiat system requires coordinated debasement to maintain relations in global markets, the beggar they neighbour comes into play.

Eventually, this will see currencies fold in on themselves as their US dollar debt becomes too great to service and drive the need for companies, countries and citizens towards a better currency.

Because the US is a relatively safer, a stronger economy, people will likely flock to it as their preffered fiat currency instead. We’ve seen this play out in countries that have seen their currency destroyed, with the likes of Zimbabwe, Venezuela, Argentina and Lebanon prime examples.

When things go south, people tend to “dollarise” and bringing all these people into the dollar network drives up the demand for dollars and weakens other currencies in the process.

Hyperbitcoinization is a theoretical flippening point at which Bitcoin becomes the default value system of the world. As more individuals and groups around the world realise the advantages of a borderless, censorship-resistant and natively digital system for transacting value, it will continue to attract more people to the network.

Once it does that, repricing occurs due to a critical mass of users that will eventually fuel currency demonetisation and the replacement of our world’s ingrained financial institutions and world powers with a more equitable, publicly-driven system.

It would effectively see all goods, services, commodities, labour, stocks, debt all denominated on satoshis rather than US dollars or other fiat currencies.

As countries like my own continue to impoverish their citizens through gross mismanagement of the currency, people will seek out alternatives, this may be unofficially through forex, stable coins and Bitcoin, or officially if governments finally relent and allow for a multi-currency system to exist, as we see in El Salvador.

My take from reading the way people react to the current economic climate, the way they see Bitcoin, and the soft power that is the US dollar and the swift system makes me feel that the Dollar Milkshake theory is more likely short to the medium-term outcome than hyperbitcoinsation.

My reasons are people trust the dollar, they see it as a stable currency the world over, and understand its purchasing power relative to goods and services. We can see the appetite for dollars increasing every day with the size of the Eurodollar market and the insane growth of the stable coin market. You can bet that a lot of stable coin volume now comes from offshore usage as people flock towards the blockchain-based fiat currency representation.

I also think that the fact that countries, corporations and institutions in countries like my own, are sitting on US dollar debt, contracts or investments and it makes it easier to transition to the US dollar instead of Bitcoin.

Despite my feelings towards a short term goal of dollar consolidation, I do think that Bitcoin is the clear favourite long term. Adding more participants to your network may give it some legs, but it doesn’t fix the overall issues with the monetary policy and the direction in which the dollar goes long term.

Sure the US Dollar could appreciate relative to other fiat currencies and gain strength, but it will still lose purchasing power to assets like real estate, stocks and, of course, Bitcoin.

The dollar consolidation may delay the day of hyperbitcoinsiation, but it won’t stop the fact that this asset will continue to gobble up more of the world monetary premium as a preffered method of storing your savings.

South African bitcoin pleb falling down the rabbit hole and willing to share every bump, scratch and knock along the way
View more articles from this author
PrevPreviousWhat Meme Coins Can Tell Us About Cryptocurrency
NextHow Many Satoshis Is 1 of My Fiat Currency WorthNext