Why Bitcoiners Emphasise Having Your Own Private Keys

Home » Articles » Why Bitcoiners Emphasise Having Your Own Private Keys 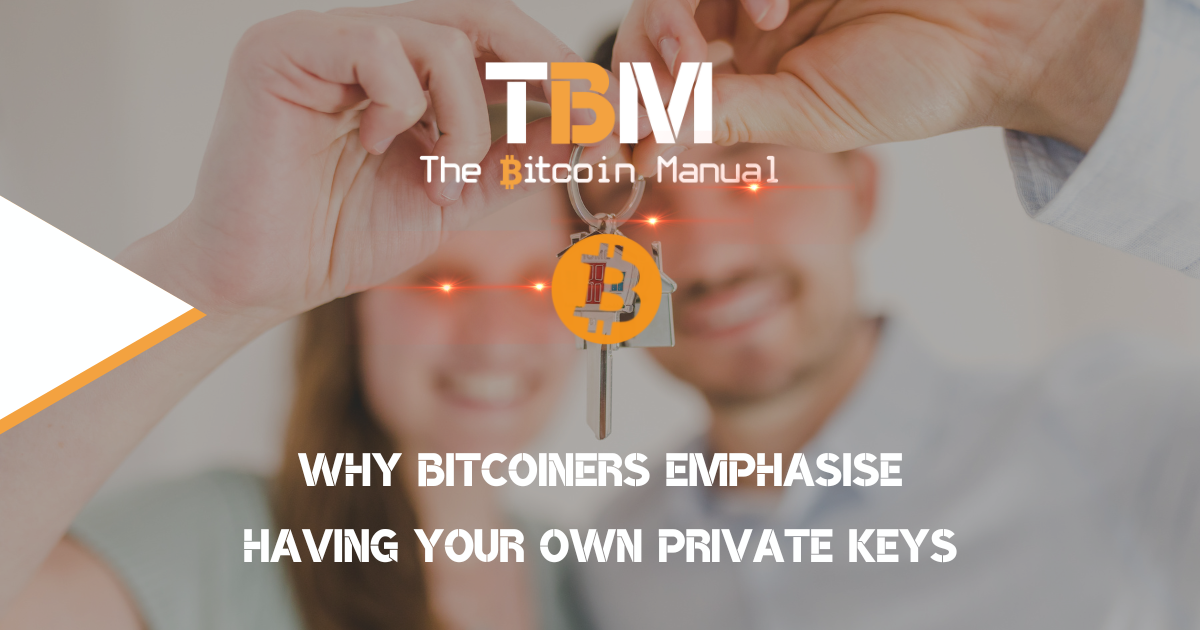 I’m trying to take it easy on a nice relaxing holiday at the beach but I can’t help checking Twitter and it looks like the fun and games started before I even got out my car! Oh you guys!

The focal point of this latest adventure is a CeFi platform that I’m familiar with called Celsius Network. After keeping in contact with some of the ambassadors from one of their events last year, I always take what is said on Twitter with a pinch of salt.

Twitter is a s**thole at the best of times but this is one of those rare occasions that caught my attention and maintained it as I used Celsius’ services in the past.

The Risks Of 3rd Party On Display

At the time of writing, Celsius are in the firing line as they have frozen withdrawals, swaps and transfers after what effectively is a bank run as people that had Bitcoin and other crypto headed for the exits.

From what I have read, it seems that there is a real war going on between the Celsius community and Bitcoin maxis.

Since the UST/Terra debacle a few weeks before causing the first sharp drawdown in price, data has since been collated that seemingly relates to Celsius’ involvement along with how they are running their own lending services.

Various Bitcoin maxis and “influencers” on Twitter started to really go after Celsius, emphasising this data relating to their various rehypothecation set-up and the “not your keys, not your coins” mantra.

This then looks to have caused a bank run where customers who wanted to withdraw their funds from Celsius started doing this en masse and caused a liquidity crisis (or perhaps worse).

The situation is still ongoing so time will tell.

Not The First, Won’t Be The Last

However, what all this has highlighted is the inherent danger of not taking full custody of your keys as you may find the next day, you suddenly don’t have access to “your” coins if they are on a 3rd party service.

The first major event where people’s Bitcoin was suddenly not accessible to them for withdrawal was that of MtGOX exchange way back in 2014 as a hack lead to a bank run and freezing of accounts.

Since then, Bitcoin developers and wallet providers have been hard at work making sure that plebs like you and me are able to get our Bitcoin off exchanges and in to our own hands with our own private keys.

Temptation Will Always Be There

“But it’s boring, you just buy Bitcoin and hold it”, I hear the argument so many times from degens as though that’s a bad thing?

What did you do in the past when savings accounts actually had some relevance? You worked, stored your money in a savings account and did nothing until you wanted to spend it later down the line.

Well, we could at least do that before savings rates were pulverised to 0% and inflation ramped up causing our purchasing power to evaporate in front of our eyes.

Such is the state of fiat money.

So this lead to the temptation of many to “chase yield” or “higher interest rates” via these CeFi platforms who would use the same practices banks use, just with no insurance in the event something goes wrong.

Sadly this will leave (and has left) a lot of people rekt who haven’t taken the time to learn how to self-custody and instead put their trust in 3rd party companies.

It seems every bear market has events like this that either make people wise-up to take ownership of their funds or they completely exit the whole Bitcoin scene, back to normie land and likely to remain bitter nocoiners.

These events give so much fuel for mainstream media to FUD the f*** out of Bitcoin and it has knock on effects that some say set back the industry years.

However, I’ve learned through my own experience that if you play with fire, you get burned so situations like this definitely change you.

Hopefully for the better.

Lick those wounds, consider it as a lesson you have paid for and safely take your coins in to your own hands, that’s one of the main points of Bitcoin after all!

Right, back to the beach 🙂

British bitcoin pleb falling down the rabbit hole and willing to share every bump, scratch and knock along the way
View more articles from this author
PrevPreviousDEFI Are Underpants Stealing Gnomes Who Learned To Code
NextHow To Delete Your Nexo AccountNext