What Is The Forever HODL Strategy?

Home » Articles » What Is The Forever HODL Strategy? 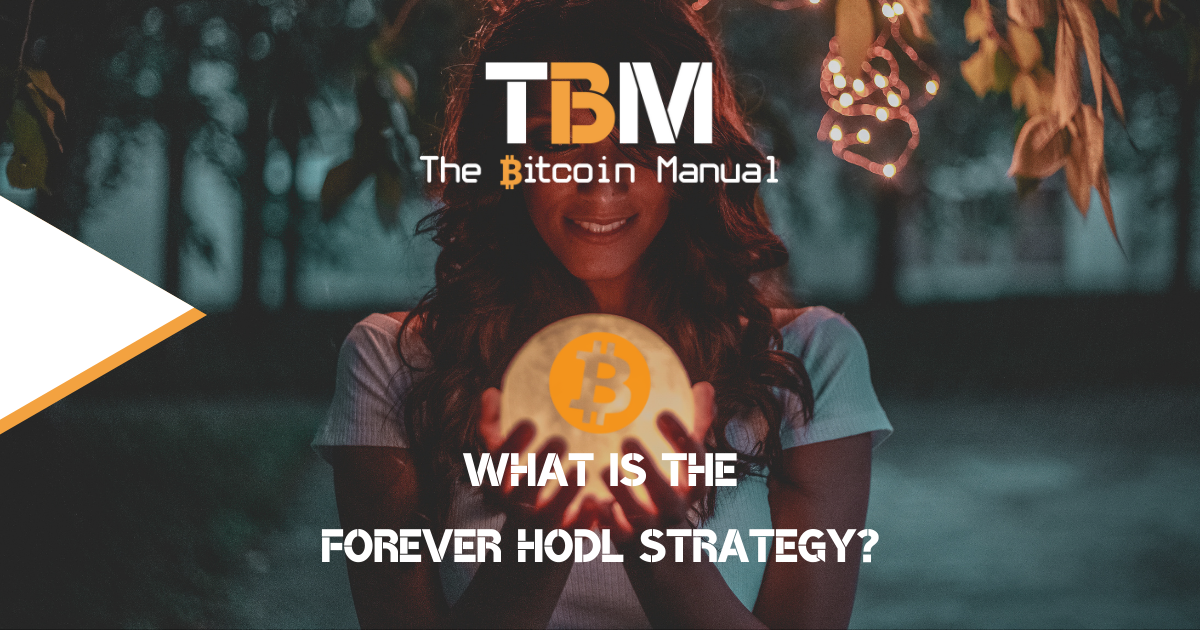 “Surely you must want to sell at some point? You know, take some profits off the table and pat yourself on the back?”

Not in the mind of the forever HODLer!

This is a set-and-forget strategy where you have an amount in mind to invest and then you wait for 5 or 10 years, maybe longer, or until a specific price point is reached before you do anything.

The danger here is of course if it goes to 0 and you have lost everything and yes, there is always a possibility of that happening with the industry being so nascent. Don’t invest more than you can afford to lose… you know the drill.

Is It Really Going To Zero?

However, the more I immerse myself in Bitcoin, the more I believe it’s really not going to 0, not by a long shot.

You have countries adopting it as legal tender, it’s classed as property in the UK so you have to consider all the tax implications of it and surely it would have been banned worldwide by now and I don’t mean the flip-flopping that China does!

Plus all the developments with the lightning network and upgrades to make Bitcoin’s trillion dollar network even more secure… come on, is it really going to 0 now?

Nearly 13 years since it was created, Bitcoin has been doing exactly what it was designed to do, without having its monetary policy changed at a whim. This makes forever HODLing an easy task, especially when I think of the opportunities ahead on how to use Bitcoin.

Forever HODL With A Twist

For me, as the Bitcoin space and financial services offered around this new asset evolve, the forever HODL strategy seems to have more credence. As I consider Bitcoin to be a long term savings account for my fiat mining efforts, I would say I fall in to the “forever HODL” camp but I don’t really have an intention to sell unless there’s an absolute emergency. Even then, I’d rather sell everything else I had first!

Instead, there are Bitcoin Financial services out there that allow you to use your Bitcoin as collateral so you can take a loan out and use the money in an emergency should you so wish. For example, if you have $10,000 worth of Bitcoin, you could use that BTC to borrow $2,500 and pay it back over time.

Obviously, you’d need to pay the loan back so that you can get your Bitcoin back. But the good news is you don’t need to sell.

There is risk with this approach such as the price of Bitcoin dropping meaning you will need to provide more Bitcoin to cover the loan so be sure you understand the T & Cs of the loan agreement you are signing up for! As always, DYOR!

Which Table Do You Want A Seat At?

I see a lot of posts on Twitter where folks talk about “taking profits off the table” and whatnot. For me, that’s a trading game for those in the short term side of things. Of course, it depends on your circumstances and everyone has different approaches.

If you take profits off the table then you need to move those profits on to another table. Will that perform better than the table you’re currently on? That’s up to you and your research to uncover.

One goal that seems to be common with this short term trading approach is to make sure that you have at the very least, taken your principal investment off the table so that you are riding the “house money” so to speak.

We all have to live and have different goals and ambitions at the end of the day. A house deposit is no small thing, perhaps you’re getting married and want a special day, maybe travelling and living a little (or as much as we can in the current climate)!

However, I can’t see where else I would move that principal amount other than in this unique savings account with Bitcoin. With inflation ramping up across the UK (it’s pretty much already double digits if you’ve been paying attention), there isn’t another table out there that I believe will preserve or increase my purchasing power like Bitcoin will.

Whatever it is that you are saving for, if you are on life changing amounts with Bitcoin then do what you have to do! I’m sticking with my Forever HODL with a twist strategy… for now at least.

British bitcoin pleb falling down the rabbit hole and willing to share every bump, scratch and knock along the way
View more articles from this author
PrevPreviousFiat Trick Or Bitcoin Treat?
NextStacking Bitcoin Forces DesnowflakificationNext