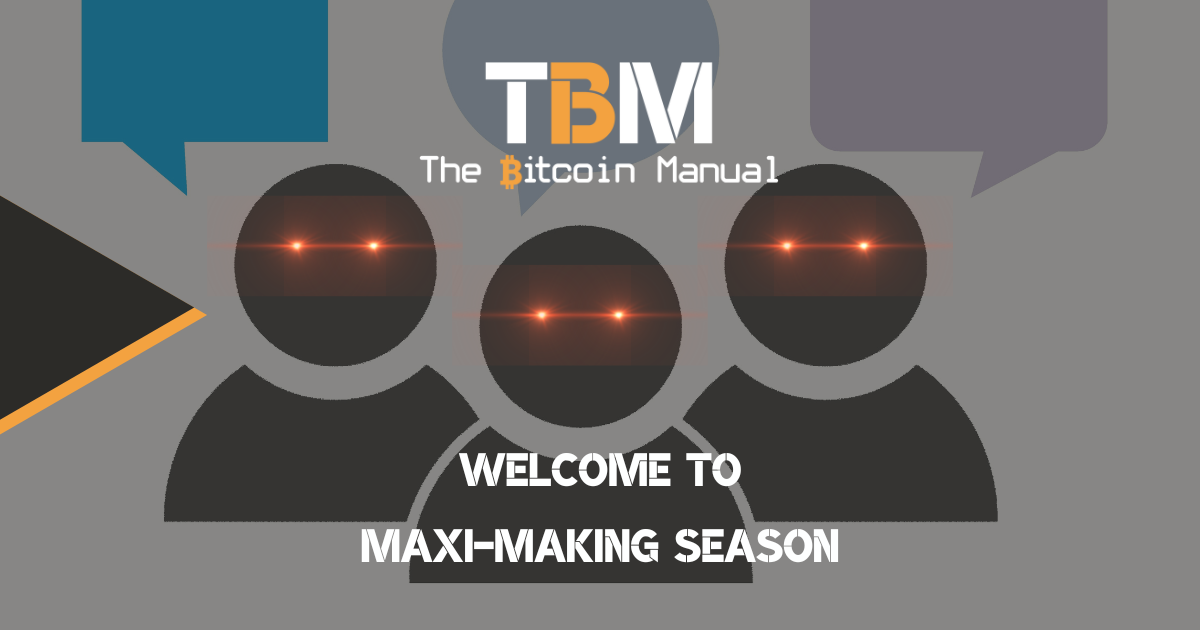 It’s a torrid time out there at the moment in the markets. At the time of writing in June 2022, it’s not just Bitcoin and shitcoin prices taking a massive tumble, but also investments across the board with stock markets tanking as shaft-flation is in full effect (among other things).

With this increase in downward pressure, those who delved in to “crypto” beyond Bitcoin will have seen their beloved token’s prices disintegrate in front of their eyes.

I’ve been through this with my shitcoin upbringing in 2018, seeing an 85% drawdown in Bitcoin which ultimately cleaned house of the garbage I had “invested in”, the altcoins suffered 100% losses and it was brutal.

At the time, I was naïve, thought I could play the game of catch-up and FOMOed in to alts that “had promise”, hoping I could catch “the next Bitcoin”.

From my personal experience though after all that, the lesson learned was that I should have stuck with Bitcoin and this thought process was nurtured in market conditions like these.

As one of my favourite Bitcoin memes goes from Michael Saylor – “there is no second best” – the Interstellar version is a must watch:

Anyone who had a mouth was telling me to just sell when I was “down” 85% but at that point, there really was no point in selling my Bitcoin and the other project tokens I had were irredeemable anyway.

Ultimately, this lead me to the only option which was to just HODL what little I had left and ride it out, after all, it was at least on my own cold wallet.

Like the high pressures that are deep in the atmosphere of Neptune causes diamond rain, the pressure of experiencing a bear market in Bitcoin forges the so called “diamond hands”.

Those with these diamond hands will hodl through anything and those with weak hands will hand over their Bitcoin at a discount and run for the nearest exits.

There are different options that you may think about taking depending on your own situation or mindset during the turbulence of a capitulation in the markets.

Unfortunately, many a normie who found themselves stumbling unassisted down the rabbit hole will leave the scene, dump everything, chalk it off as a bad experience and stay well away.

The next option is to just hold on to what you have, do nothing and wait for as long as it takes for things to recover.

However, one option that is very popular once your diamond hands are forged is to use these capitulation events to scoop up some cheap sats by setting buy orders or dollar cost average.

For those whose sole aim is to acquire as many sats as possible, the third option is one that they go for and it’s one that I’ve learned to do.

Taking Emotion Out The Game

I remember how it feels during a capitulation like this, seeing how the fiat price of your holdings goes through volatile swings and I would be lying if I said it still didn’t affect me now.

Although nowadays, it’s a different mental effect for me as these draw downs are an opportunity to acquire some cheap sats and instead of panic, it’s a case of FOMOing lol. Steady lads, deploying capital!

The trick is to take emotion out of the game though and the best way of doing that? Make a plan or a goal of what you want from this all.

What that looks like will be specific to you but buying Bitcoin automatically at a regular interval without you having to think is a good way to stop looking at the charts.

If it all gets too much though, seriously, take a step back, look after your health, family, go outside and stay offline for as long as it takes! This is not for everyone.

As those who had “multiple digital assets” in their portfolio or degen traders get rekt, there will be a percentage of them that will consolidate into Bitcoin, wondering why they bothered with anything else in the first place.

And that’s when new Bitcoin Maxis are minted.