The Relationship Between Bitcoin & Time 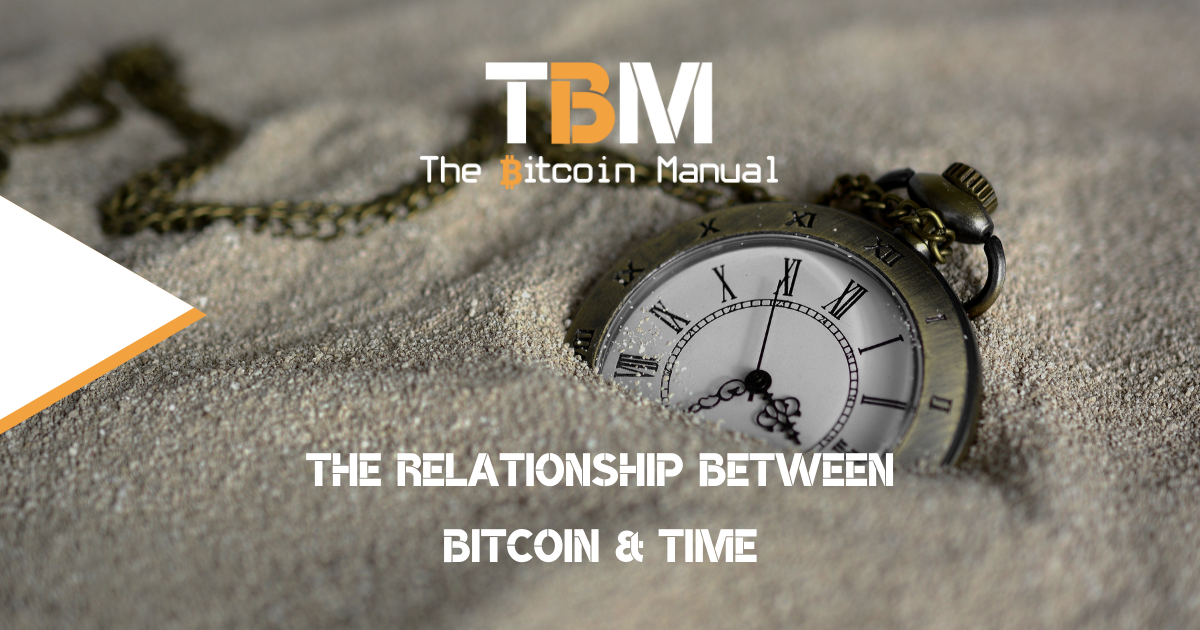 As I’ve learned more about Bitcoin, it’s taught me a lot about the concept of money, which in turn has helped me appreciate something that we all have probably overlooked. Life is a rich tapestry but one thing that is woven in to every thread of its fabric is the phenomenon of time.

When the penny dropped for me in the last couple of months, I had a new appreciation of this phenomenon and it was quite moving.

During your Bitcoin journey, you will hear about how there are only 21 million coins that will ever be in existence. This is the concept of scarcity. There is only so much available before the supply runs out. Think of the “while stocks last” approach that shops use to induce a feeling of scarcity.

Though what shops do is they normally just resupply their stocks in a couple of months time and have new things available. At least with Bitcoin, I know that there will be no “new stock” after 21 million so it’s true scarcity. Not artificial.

But I digress. As scarce as Bitcoin is, there is something that is even more scarce and exponentially more valuable.

When I realised that time is the most valuable thing I have to spend, I was hit by a freight train of emotion. The last two months have struck the hardest as I have been in situations where how I was spending my time was at the forefront of my mind.

Spending time doing something that you don’t like doing, for example, doing unfulfilling work in a job is such a waste. It’s not uncommon though and in the UK, nearly 10 million (about a third of the working population) are looking for new jobs every day.

Or spending time being sad about someone leaving your world instead of being happy they were in it. Or something else that is playing on your mind that is causing you grief.

The trouble with time is that once it is spent, it’s spent and you don’t get a refund! So why would you spend the most scarce commodity doing something that doesn’t make you happy or feel fulfilled? Especially if you can do something about it…

Inflation Is Stealing Your Time

It wasn’t until I got in to Bitcoin that I realised the relationship between time and Bitcoin is symbiotic. Over the last 18 months, that has been even more clear for me.

A 1% pay rise at work for a “being such a valuable member of the team” with 10% increase in house prices was pretty much a giant metaphorical slap across the face with a wet fish. Add to that we’re now at “4% inflation” if you believe the official figures from those happy-go-lucky spirits at Bank of England and BBC.

I don’t know about your situation but for me, it seems that sticking with the fiat system will mean I spend the rest of my time on Earth working for a pay cheque that is losing at least 9% of its purchasing power each year in the UK. That sounds like a raw deal and I value my time.

I know it’s a lot worse elsewhere and my thoughts go out to those being abused by inflation.

This is why I save what I can from my monthly pay in Bitcoin.

In the long run, I believe it is going to give me back this time that I’d otherwise be losing at an increasing rate thanks to the fiat system inflating my purchasing power away.

Due to how Bitcoin was designed, I know that it won’t be up to one guy in a suit to change the way it works and devaluing the money we work hard to earn. You can probably tell that I don’t trust those “in charge”!

So even though I am working at a job that has been soul destroying, I’m still doing something about my future time by buying Bitcoin. This seemingly small step is actually keeping my motivation, which I can then use to look for a job that is more aligned with my values.

It can feel paralysing when you are in that overthinking/negative spiral phase but if you start doing little things, your mindset will change to a more positive one. Work out what values in life are important to you and start making a shift towards how you can get there.

My intention is not to put fear in you but to motivate you to DO something to enjoy the limited time that we have in life. For me, that’s saving in Bitcoin so I can buy back time for my future self whilst finding work in the mean time that will keep my present self in a happier state.

If you’re in the UK, I’m actually able to gift you £10 of Bitcoin without you needing to deposit or buy anything yourself to get you started, thanks to our partnership with Luno’s Bitcoin Pioneer program. To claim it, follow the instructions below:

British bitcoin pleb falling down the rabbit hole and willing to share every bump, scratch and knock along the way
View more articles from this author
PrevPreviousWhat Is Non-KYC Bitcoin?
NextAltcoins Are Chicken NuggetsNext