How To Earn Bitcoin From Exercise

Home » Articles » How To Earn Bitcoin From Exercise 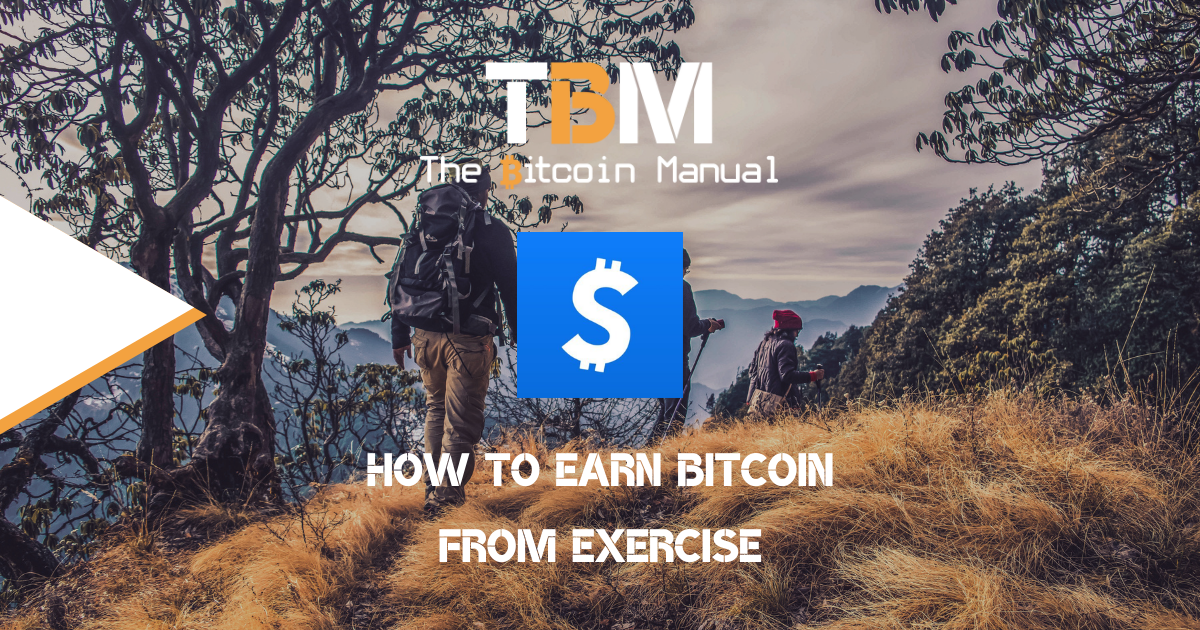 During the Christmas and New Year’s break, the general approach to lifestyle is like any other holiday – do nothing and eat and drink as much as you can, putting on a few pounds in the process.

Then this will probably spur on some New Year’s Resolutions such as going to the gym to get fit in an attempt to stave off the spare “rubber tyre” around your waistline.

However, I’m an outdoorsy person and enjoy walking, hiking and running to get out of the house instead of being in a gym.

So when I discovered an app called sMiles that taps in to Bitcoin’s lightning network and rewards outdoor exercise with Bitcoin, I definitely wanted to find out more.

This app was developed by a company called StandApp Inc. in 2020 with the aim to incentivise people to be healthy and improve fitness by rewarding users with sats.

You can also play games, complete surveys or buy products from featured brands for all sorts of things, which will earn you Bitcoin cashback.

It’s easy enough to download the app from Google Play or Apple Store and create an account (feel free to use referral code nickyhavey650 when you do).

Once the app is on your smartphone, you just leave it running in the background as you go for a walk, run or cycle and, at the end of the day, you will have earned some extra sats by doing your own proof-of-work 😉

You’re not going to be earning millions of sats straightaway but the app rewards you the more time and activity you do on it. Over time, you will build up your sats bank whilst feeling healthier and getting more exercise in – remember low-time preference applies to exercise too 🙂

Personally, I am happy enough just going for walks and runs but adding to my sats pile in the process is a very welcome bonus!

There are other badges to earn for reaching a certain number of steps outside that are calculated by the app via your phone’s settings to add to the gamification.

If you have an Apple Watch, you can sync up to it as well but I don’t think other fitness watches like Fitbit are compatible yet.

I don’t mind a little bit of chess as I used to play when I was kid. I even qualified for the national UK round by making it through the school trials when I was 11 years old 🤓

However, that’s as far as I got as I was absolutely destroyed by the other kids there. I think I won one game, maybe two out of 10 and that put an end to my dreams of becoming Chess Grand Master lol!

Anyway, you don’t need to be a grand master to play the chess puzzles on sMiles thankfully!

There are two variants at the moment where you can play a full match against the A.I. at varying difficulties or try to complete short puzzles to earn sats.

Again, this is a different kind of proof-of-work but a great way to improve logical thinking, learn about the game of chess and earn some sats in the process too.

I’m sure there will be other games added to the list in the app in time that will help exercise your brain and reward you for doing so!

Other Ways To Earn

There are a couple of other ways to earn sats in the sMiles app on top of the exercising which are filling in surveys although I’ve not done this and can’t comment on that side of it. I’m not sure what the surveys are about but they say your responses are anonymous when you fill them in for PollFish.

The other way to earn at the moment is to buy products through the brands in the app store on various things such as Technology, Education, Health and Travel to name a few.

Details of each offer will be on whatever you decide to go for but make sure you read the terms and conditions so you qualify for the sats back.

The sMiles team also do some sats giveaways on their Twitter page so give them a follow and keep an eye out on the announcements.

What I like about the app is that it’s Bitcoin only with its rewards and the team haven’t been distracted by the various shitcoins out there.

They have a little bit of educational content on the lightning network and are all about hyperbitcoinization, these folks know what’s up!

You will need to download a lightning wallet in order to send sats from sMiles out to your own wallet but you need to have built up a minimum amount first which is about 1,000 sats at time of writing.

They recommend Wallet of Satoshi but any lightning wallet will work with a valid lightning invoice.

Personally, I’m hoping to join a few hiking and running challenges this year to keep fit and keep that stack ticking along nicely.

The developments on Bitcoin’s second layer are so exciting and we’ll be adding them to our list of apps when we come across them.

In the meantime, get stacked with sMiles!

British bitcoin pleb falling down the rabbit hole and willing to share every bump, scratch and knock along the way
View more articles from this author
PrevPreviousHow To Download A Bitcoin Wallet
NextIs Bitcoin Sound Money 13 Years On?Next