How Do You Mine Bitcoin?

Home » Articles » How Do You Mine Bitcoin? 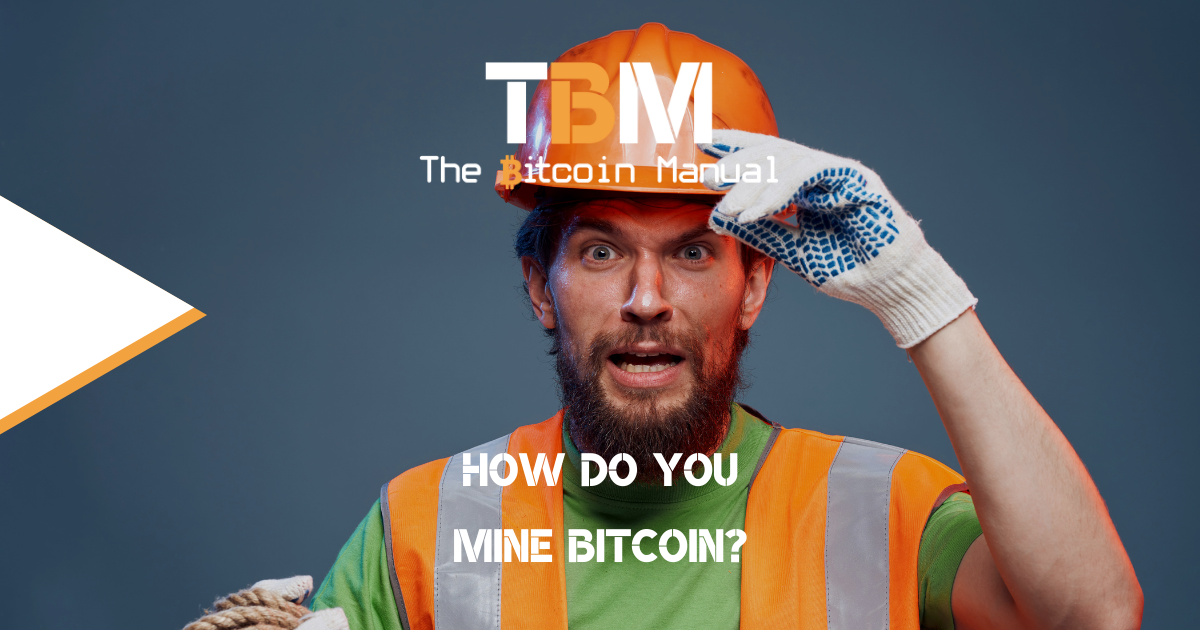 As I’ve started talking more about Bitcoin with friends, family and randomers, the topic of Bitcoin mining comes up as something they want to get in to.

I dipped my toes in to renewable mining with Cyberian Mine recently after hearing about the China ban forcing all the mining operations out. Yes, I know, this time it seems that they actually meant the ban lol!

Therefore a lot of ASICs were looking for a new home and I already had the red carpet ready for them… well, not literally but I certainly wanted to get involved! At the time, I was researching about all of the different factors that are involved with mining.

There are a few companies out there but as I’m also in the UK Bitcoin Pioneer program, I come across some pretty useful information from head honcho Jason Deane who pointed me in the direction of Cyberian Mine.

For me, having a miner at home isn’t practical so the model of Cyberian Mine really suited me down to the ground.

Their renewable energy supply comes from hydro and due to the “nut-shrinkingly” cold temperatures of Siberia, those miners can be kept nice and cool, allowing them to keep putting in the work needed to mine those sats!

Cyberian Mine basically take care of everything regarding the upkeep of the miner. All you need to do is pay for the hosting costs, provide a Bitcoin wallet address and once a certain threshold of sats is reached, you will receive them in your wallet.

If you are going to get into mining, whether you are doing it yourself at home or with a mining company, these are some of the things to consider based on my experience over the last 5 months or so.

The cost of the actual miner you’re going to be using depends on a few things and this will be a big expense in the first instance as more and more people want to get their hands on them.

It’s not enough to just look at the amount of hashes per second (hash power) the miner can deliver though as you also need to consider the energy usage.

Newer, more efficient miners won’t use up as much electricity at 100TH/s compared to older models that have the same hash power.

This means that although newer miners will be more expensive, the electricity bill won’t be as high so if you’re planning on mining in the long term, that might be worth considering.

Following on from efficiency are the running costs of your miner.

As I use the services of Cyberian Mine (CM), the only thing I need to worry about is paying the electricity bill to keep the miner powered up as they take care of maintenance.

However, if you’re going to be mining yourself, you may need to factor in any repair, cleaning and maintenance costs to your budget. Add to that your own electricity bill as well.

If your own miner breaks down and can’t be repaired then that would be a painful blow but at least with CM, you maintain the hash power your miner would have produced. Further information on their website terms and conditions.

Bitcoin’s hash rate is a measure of how much processing power there is securing the blockchain.

Every 2,016 blocks (about 2 weeks), there is a difficulty adjustment which determines the hash rate, based on how many miners are on the network. This is all part of Bitcoin’s protocol.

As a recent example, Bitcoin’s hash rate drastically reduced in Summer 2021 due to a large amount of miners going offline. Since then though, those miners have come back online, meaning more hashes are being solved and thus the difficulty increased as it was meant to.

This all happens to keep Bitcoin’s block production time at 10 minutes.

Bitcoin’s price plays a big part in the overall return of investment (ROI) of your miner. Given the volatility of Bitcoin price with its bull market and bear market cycles, this can drastically affect your ROI by several months.

With more miners taking advantage of the various lending platforms out there, miners are not selling their Bitcoin and instead, borrowing against it to free up fiat. Perhaps to buy another miner!

Of course, there are risks associated with taking a Bitcoin backed loan too so make sure you are in the know!

As more multi-billion dollar companies jump aboard the mining bandwagon, the newest miners will be in high demand, which will ramp up the prices and likely put them out of reach for most.

However, buying fractions of a miner or pooling together to get the funds needed and share the sats might be an option but I’ll leave that up to you to figure out depending on your circumstance.

These are the main things I’ve come across in my Bitcoin mining endeavours but as always, DYOR on top of it all.

If I have missed something out, let me know but I have to say, it’s been an exciting adventure getting to learn more about how the process works. I’ve found the best way to learn is by doing and I’ve never looked back since getting involved.

Doing my bit to secure the network whilst using renewable energy and earning a few sats in the process. Smells like victory to me! Happy mining 🙂

British bitcoin pleb falling down the rabbit hole and willing to share every bump, scratch and knock along the way
View more articles from this author
PrevPreviousWhy A Bitcoin Super Cycle Is Unlikely
NextCan Your Bitcoin Be Seized By Governments?Next