What Is The Bitcoin Hash Rate?

Home » Articles » What Is The Bitcoin Hash Rate? 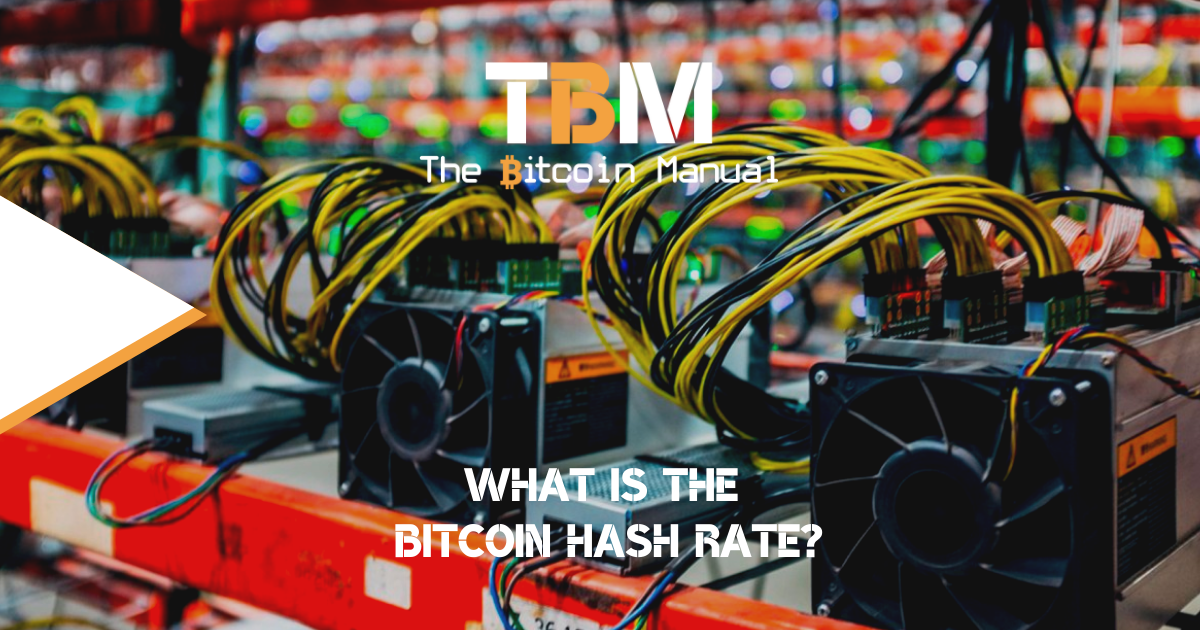 To manage a decentralised digital network that can be a trusted method for securing the value of the world is not going to be an easy fix. It requires some way for the network to ensure it can fight off any attacks and that it has a way to get stronger as more value accrues in the network.

The Bitcoin network runs on the support of miners worldwide, solving complex computational requests to help secure the Bitcoin network. The submission of these computations is called hash rate, but what does that mean for the network, and why should you care?

Why does the hash rate matter?

In fiat currencies, new units are issued by central banks. In Bitcoin, new Bitcoins are issued to miners via a block reward for solving a block. They do this by using special hardware to solve a complex computational problem, which produces a hash – a seemingly-random 64 character output.

To find the hash number, Bitcoin miners use the SHA-256 Cryptographic Hash Algorithm.

The data that the miner inputs into the SHA-256 hash function include all the current transactions which fit into the blocks size limit, the previous blocks hash result, and the nonce. The nonce is a random value the miner changes with each hash attempt to get a new output.

Even a tiny change in input produces an entirely different output. Bitcoin miners are looking for an output with a certain number of zeroes. Today, Bitcoin miners have to find a hash that starts with nineteen zeroes. To get this number requires many, many attempts.

Once the hash is found, the block is closed, and it is added to the blockchain. After successfully mining a block, miners are rewarded with newly-created Bitcoins and transaction fees.

What does the bitcoin hash rate mean?

The hash rate is a unit of measurement used to gauge the processing power of the Bitcoin network. The Bitcoin network requires intensive mathematical operations to support the competition for mining and security purposes.

What’s the importance of the hash rate?

The hash rate is an essential metric for assessing the strength of a Bitcoin network – more specifically, its security. The more miners come online dedicated to discovering the next block, the higher the hash rate rises and the harder it becomes for malicious agents to disrupt the network.

Each machine that connects to the network is in a race against time every 10 minutes to try and provide enough hashes to secure a block.

The more distributed the mining operations and the more competition for miners, the more complex the network is to attack. A 51% attack, for example, is when a single individual or group of attackers purchases or rents enough mining equipment to control over 50% of a blockchain’s hash rate.

Because the Bitcoin blockchain is trustless and abides by a rule known as the “longest chain rule,” a person or group that controls a majority of the hash rate could, in theory, block or reorganise transactions and even reverse their payments.

Once an operation has majority control of the network, this would create double spend issues, which, in turn, would completely undermine the integrity of the underlying blockchain and destroy the value locked in the network. A fall in hash rate, therefore, means a reduction in the cost to perform a 51% attack, making the network more vulnerable.

How is the hash rate calculated?

There’s no way to accurately calculate the exact Bitcoin hash rate, though it can be estimated. Hash rate is traditionally estimated based on public data about Bitcoin, including the difficulty metric. The method may be the traditional estimation and offers us a good ballpark figure; it still draws critics due to its lack of accuracy.

Why has Bitcoin’s hash rate gone up?

As Bitcoin continues to run smoothly, more people have faith in the network, and more value is locked into Bitcoin. As the price increases, it makes it more attractive for miners to support the network. The more miners enter the fray, the more hash power is added to compete for newly minted Bitcoin, which pushes the hash rate up.

Why hash rates matter to miners?

Hash rate is not only important for the security of the network. It is also an important metric for individual miners too. Miners can calculate a hash rate from their setup and use that as a baseline to can help them predict their profitability.

There are many mining machines, and new ones are constantly created while the software also helps improve the number of hashes one can get out of a machine. In addition, depending on the cost of electricity the miner can use this to work out how efficient a miner is at turning electricity into hashes.

How can hash rate affect investors?

An increased hash rate indicates a healthy network, which may, in turn, lead to higher Bitcoin values. When investors see more people willing to spend money on mining equipment and securing cheaper electricity to mine Bitcoin, it brings a level of confidence to the investment landscape.

Currently, hash rates are significantly higher than in years past and should continue to increase. That may mean that Bitcoin values follow—through, given the volatility of Bitcoin, but there is no guarantee. The simple supply and demand could become the dominating factor determining Bitcoin’s price in the future, but it would never be the only factor.

Past trends are not predictions for the future, and you should do your research and consider your risk tolerance before making any moves.

South African bitcoin pleb falling down the rabbit hole and willing to share every bump, scratch and knock along the way
View more articles from this author
PrevPreviousCan You Delete A Bitcoin Wallet?
NextWhat Is A Bitcoin Hashed TimeLock Contract?Next