How Many Satoshis Are There For Everyone In The World?

Home » Articles » How Many Satoshis Are There For Everyone In The World? 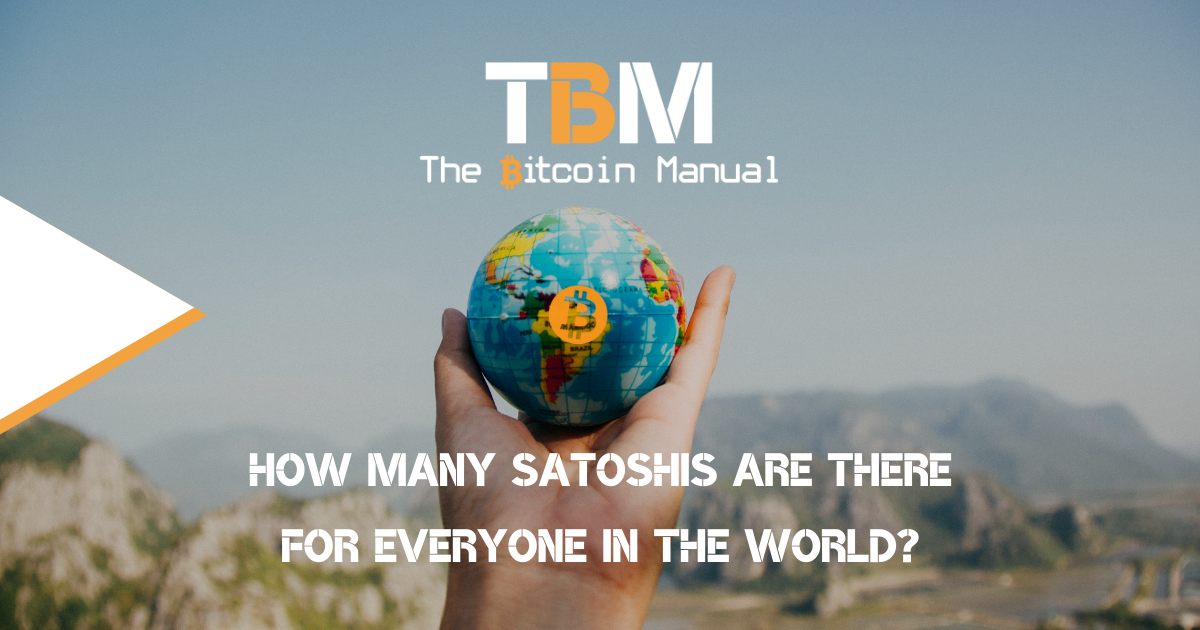 One of the first things you might hear about Bitcoin is that there will only be 21 million Bitcoins ever in existence. However, don’t let the unit bias of owning 1 Bitcoin put you off as Bitcoin is divisible.

So what does this mean in terms of the number of satoshis that are available to everyone on planet Earth?

This is the concept where everyone in the world will eventually use Bitcoin as its unit of account to buy and sell products and services. Instead of us pricing Bitcoin in US Dollars, British Pounds or whatever your local currency in, we’ll be pricing everything in satoshis instead.

You will see the most ardent Bitcoin supporters preaching this and it is also known as the Bitcoin Standard. To be fair, I have noticed that when I started pricing things in sats over the last couple of years, things really have got a lot cheaper!

Are There Enough Sats To Go Around?

Well, given that the very last Bitcoin won’t be created until the year 2140, there’s still a long way to go before every sat gets mined. Who knows how the world will look like then?

However, in the meantime there is a site called Satoshis per Person set up by Miguel Medeiros that has a live tracking of the amount of Bitcoin in current circulation and the current population on Earth. Here is the live view of the state of play:


As you can see, the population is always increasing which means that the amount of sats available per person will decrease as there will not be any more than 2.1 quadrillion sats.

I’m not sure exactly how the population figures are being calculated but if you can keep the amount of sats you have above this figure, you will be ahead of the average!

In short though, yes, there are enough sats to go around. If Bitcoin ends up being the unit of account that we price things in and use for products and services, then those sats will end up going here, there and everywhere anyway!

Still a long way to go but we’re seeing a lot of interest from different countries to follow in El Salvador’s footsteps and integrate Bitcoin in to their lives. An interesting sats arms race is developing that’s for sure!

British bitcoin pleb falling down the rabbit hole and willing to share every bump, scratch and knock along the way
View more articles from this author
PrevPreviousWhy Bitcoin Is The Only Currency With NGU
NextBitcoin Storage & Safety ChecklistNext